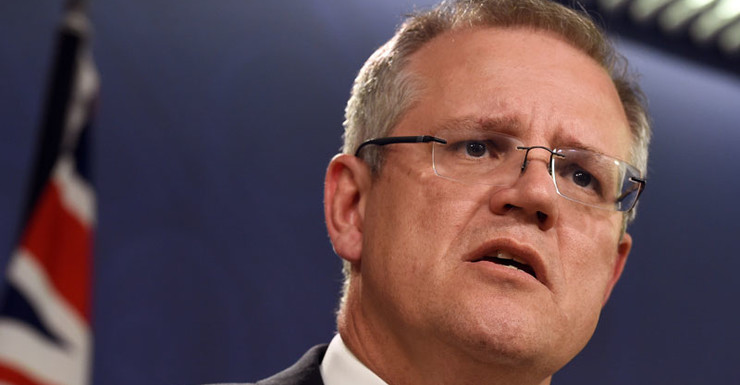 Treasurer Scott Morrison appears to be inching towards a superannuation system that is fairer for women, but so far the question remains: for which women?

On Monday, the Treasurer flagged the possibility of removing the cap on lower-taxed contributions for women re-entering the workforce, to allow them to ‘catch up’.

That is an important objective, as on average, female retirees have around $90,000 less in their super account than men at retirement.

But is removing the cap on large contributions the way to do it?

The reason is simple. Workers at the lower end of the earnings scale consume a much higher proportion of their income than wealthier workers – they just can’t afford to save and invest as much.

Women are not only more likely to experience a pay-gap compared with men doing the same jobs, but are more likely to be employed on a casual or part-time basis.

Their participation rate is lower than men, and they are arguably hit harder than men when lay-offs occur during an economic downturn.

Now, against that backdrop, the annual cap on super contributions that can be made at a concessional tax rate of 15 per cent is $30,000 – and Mr Morrison has suggested raising that cap to benefit women.

See the problem? Women are much more likely to be in income groups for which putting aside more than $30,000 a year is simply impossible.

The average full-time income for women, including overtime, is currently just over $69,000. By definition, half of Australia’s working women earn less than that – and are the ones who most need to ‘catch up’ upon re-entering the workforce.

If you can afford to squirrel away $30,000 in one year – and a small percentage of the working population can – your pre- and post-child bearing years’ contributions are likely to take you off the full pension anyway.

Mr Morrison’s ‘catch up’ proposal, then, would be used mostly by people for whom the super system offers an estate planning or wealth management strategy.

It is possible to argue that these are legitimate objectives of the modern super system. Possible – but completely at odds with the Treasurer’s assertion that he wants to return the super system to its original objective when it was launched by Paul Keating in 1992.

Removing the cap on concessional contributions is pulling in precisely the other direction.

The simple way to help lower-paid women returning to work (or to help carers, or stay-at-home dads for that matter) is to remove the 15 per cent tax on contributions up to $30,000, but to retain that cap.

The very last thing Australia’s super system needs is yet another way to skew the benefits of super tax concessions towards wealthy Australians.