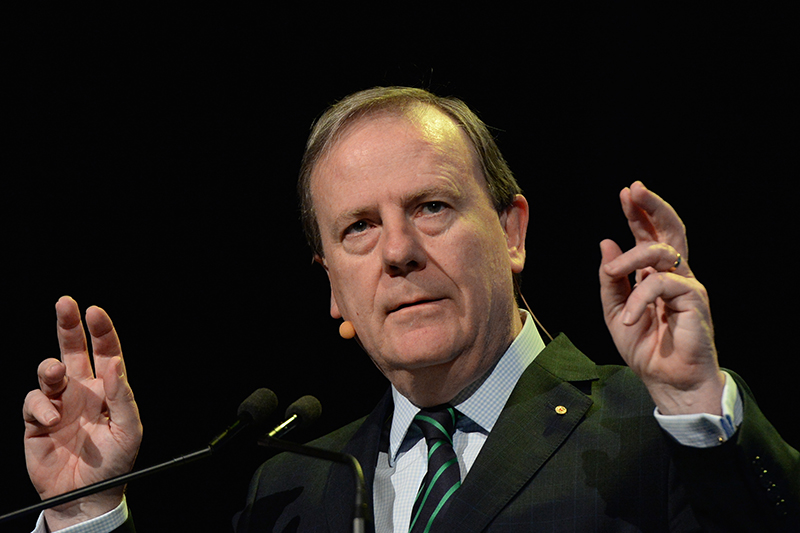 He is wrong about this, and by making these comments he is fuelling irrational fear, while simultaneously serving the cause of wealthy Australians who want to continue using super as a tax haven.

This week, the former Treasurer told the ABC’s 7.30 that “people just don’t trust superannuation as being a long-term vehicle anymore”.

“They know the rules are going to change from year to year. They’re afraid to lock voluntary money into the system, which is why it’s just running on the compulsory contributions at the moment,” he said.

“If you want to put money away for 20, 30, or 40 years, you’ve got to have some certainty it’s going to be there when you retire. And I think the government’s got to give it some certainty.”

Where Mr Costello gets the idea that Australians don’t trust the super system is not clear. The Association of Superannuation Funds of Australia is not aware of any research to this effect.

But I would strongly argue that if Mr Costello is right and you are worried, you have no reason to be. Even if there are further changes, they will have a negligible effect on the majority of Australians earning broadly typical incomes.

Superannuation is far and away the most tax efficient way of preserving and growing your life savings, and this is not going to change.

At the moment, you can put up to $30,000 a year into your super, and you only pay 15 per cent tax on it. If you kept that in your bank account, you would be charged your marginal rate – which is 32.5 per cent of the average income.

That’s an incredibly generous concession. Even if the government halved the concessional limit to $15,000 a year (which it is highly unlikely to do), it would still affect almost no one.

And for those it would affect? Well, if you can afford to put more than $15,000 a year into your super, you can probably afford to pay the marginal rate on every dollar over $15,000. And you still get the benefit of concessional 15 per cent tax on investment earnings.

The same is true of taxation of investment earnings in retirement. Currently investment earnings for retirees are tax-free. Labor wants to introduce a tiny 15 per cent tax on earnings over $75,000 a year – a very timid proposal that will affect very few people.

Frankly, the government could tax every cent of investment earnings at 15 per cent (the Grattan Institute is in the process of producing a paper recommending this), and it would still be worth making voluntary super contributions, as our own modelling shows.

I have purposefully picked two possible tax changes that are very unlikely to get through, to illustrate that even changes that are considered radical would make very little difference to most Australians. They might hurt rich people a little bit, but not much.

Outside of tax changes, there are two big areas in which there could be changes to super.

Labor has explicitly ruled out doing this, and the Coalition has implicitly done the same. However, the wisest approach for anyone under 40 would be: assume you won’t be able to get at your super until you’re 65, because it’s pretty likely that is the way we’re heading. If you look at life expectancy and improving health, the writing is on the wall.

But given most of us will live well into our 80s, 65 is hardly old. And for those who can’t work beyond 60, the chances are any change to the preservation age will have exceptions for those groups.

The second potential change is a limit on how much you can draw down on your super per year. While this is how most pension systems work in the rest of the world, in Australia there is no such limit. And it is highly unlikely such a rule will be introduced. Both the Financial System Inquiry and the Productivity Commission have argued there is no need for it.

Still, the best way to approach superannuation is that it will provide you with an income in retirement. Think of it that way, and in the unlikely event that the government does introduce drawdown limits, it will make no difference to your plans.

The fact is, there will be more changes to the still-young super system. The important thing is that the changes benefit the majority of Australians, not just rich people or financial institutions.

Peter Costello is wrong, you can trust super