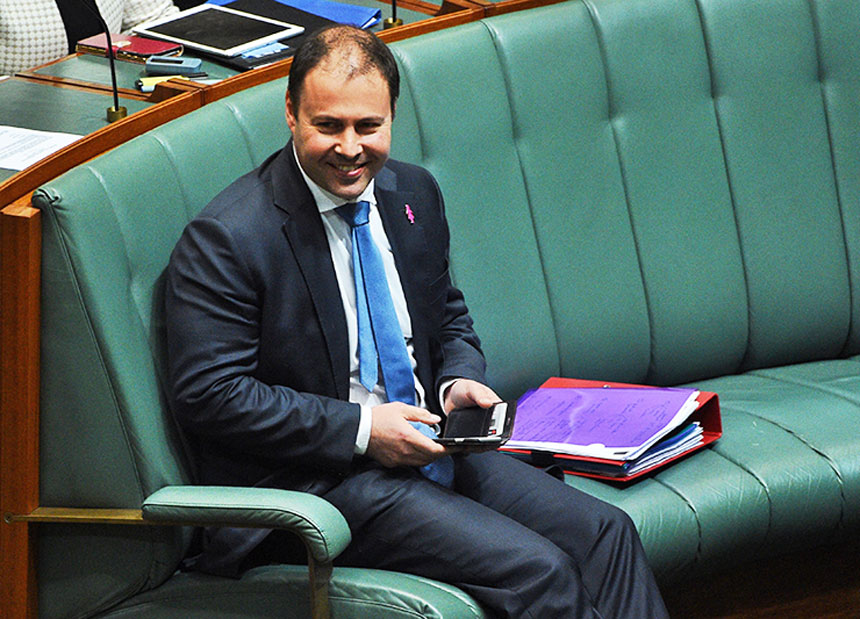 It didn’t include any earth-shattering changes – on that front he’s toeing the PM’s line. Tax concessions were not mentioned, and changes to compulsory drawdown rates were ruled out.

Instead, Mr Frydenberg based his vision on two reforms. The first: lifting the superannuation guarantee to 12 per cent of your pay (due to come in in 2025). The second: changing the law to allow a wider range of financial products designed especially for retirement.

• Mortgage vs super: where to put your money
• Abbott slammed for super stance
• Why you don’t need $1m in superannuation
• Why Frydenberg is wrong about super tax

How does his vision stack up? Over the (very) long term, it stacks up well, though it rests on a number of assumptions, including:

1. That you are employed your entire working life;

2. That you draw down on your super gradually;

3. That you have no major debts or surprise expenses;

4. That financial markets deliver reliably decent, though not necessarily exuberantly high, returns; and

5. That there are a range of competitively priced, well-designed longevity insurance products on the market.

Assuming all of these hold true, then Mr Frydenberg is not far off the money.

There are many – former Prime Minister Paul Keating among them – who believe that superannuation will only meet its objectives when the SG is 15 per cent. The Coalition, however, has no interest in raising it to this rate; 12 per cent is as far as it will go.

Is it enough? The best way to answer that is by testing it on someone who receives 12 per cent super their entire working life.

That assumes an annual return of seven per cent, and an income increase of 2.5 per cent per year.

According to ASFA, a single retiree needs a retirement income of $42,569 a year for a comfortable retirement, and $23,438 for a basic one.

We picked the number halfway between the two: $33,000 a year. We increased that with inflation of 2.5 per cent a year (bang in the middle of the RBA’s target).

Adjusting for inflation, an annual income of $33,000 of today’s money would last our retiree until age 100 (assuming a five per cent annual return on investments).

If the retiree wants what ASFA terms a ‘comfortable retirement’, however, that money would last until 91.

All things considered, that is a pretty good result.

And that’s just the average. Fifty per cent of people will live longer than that. That means a large number of retirees will be running out of money and spending their final years on the age pension, even if they have spent their entire working life paying 12 per cent superannuation.

Is that the end of the world? Perhaps not. But if it can be avoided, so much the better.

The solution, according to Mr Frydenberg and many in the industry, is what are known as ‘deferred lifetime annuities’. They work as follows: you give a chunk of your super – say 20 per cent – to a life insurance company, and in return they promise to pay you a guaranteed income every year of your life until your die, after you reach a certain age – say, 85.

With a traditional deferred lifetime annuity (DLA), if you die before 85, you lose that premium you paid the life insurer. However, if you live to 100, you make it back several fold.

The DLA works on a collective ‘pool of lives’ principle. There are winners and losers, but it’s only made possible by everyone throwing their hats in the ring. It’s an elegant solution to a real problem.

Australians, however, have not been won over by its elegance. We tend to view money from an individualistic or nuclear family perspective, and the idea we could just be giving thousands of dollars to a bunch of strangers, by way of a for-profit insurance company, doesn’t sit well.

Challenger – the only company in Australia offering a wide range of annuities – has developed ways around this on its non-deferred lifetime annuities, allowing customers to withdraw their premium up to a certain point. However, this feature makes the products more expensive, as the insurer is taking on more risk.

But even if you like the idea of a deferred lifetime annuity, at the moment you can’t buy one. Superannuation tax rules mean tax breaks are only granted on products that can be immediately withdrawn. That means if you bought a DLA today, you’d pay tax on it at the normal rate. No life insurers bother to provide them for this reason.

On Wednesday, Mr Frydenberg signalled that the government is on the verge of changing this rule.

“I am hopeful of making an announcement on this in the not-too-distant future,” was the way he put it.

But whether Australians can stomach forking out yet more cash to insurance companies – however much sense it makes – remains to be seen.

Josh Frydenberg has your super sorted … sort of