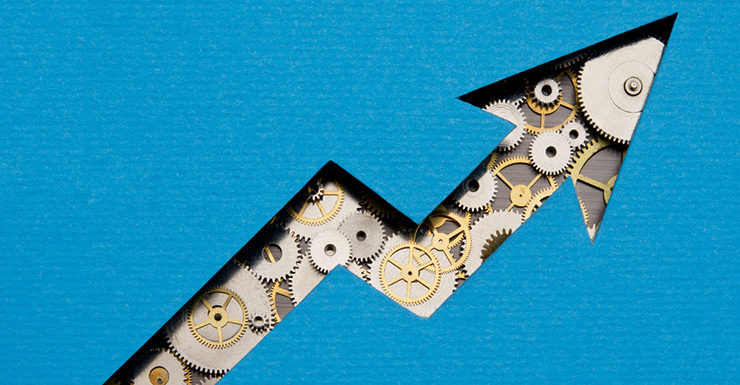 Official superannuation returns data published by the superannuation regulator show that most Australian workers scored a net return of around 5.5 per cent for the three months to the end of March.

The unusually high average return owed much to rallying equity markets in Australia and overseas, but superannuation experts are cautioning members against switching out of low-performing funds.

Most Australian workers are members of default funds, otherwise known as MySuper accounts.

• Keating: super below 12% is vandalism
• The real reason Abbott needs women to work
• Men vs women: who is better with money?
• Why you don’t need $1m in superannuation

There are more than 1000 MySuper products in the market and Australian Prudential Regulation Authority (APRA) last year began publishing quarterly performance data on each of them.

According to APRA data for the March quarter, the best performed MySuper fund in the country for the period was MAX Super, which generated a net return of 7.89 per cent.

A staff fund managed by Goldman Sachs JB Were was second best with a return of 7.37 per cent.

A string of industry funds, including MTAA Super, HESTA, HOSTPLUS and UniSuper were among the top 20 performers according to the benchmark used by APRA.

The good news is that no MySuper product lost ground for the quarter, with the lowest ranked product generating a 3.21 per cent return.

APRA has begun publishing the data to promote transparency in the Australian superannuation marketplace.

While most superannuation experts say this is a good thing, they are warning super investors not to base investment decisions on short-term performance.

“By producing only quarterly performance data on MySuper accounts there is a question as to how useful the APRA data is because members should not put a lot of weight on quarterly returns,” he said.

SuperRatings’ head of research Kirby Rappell is equally cautious about how the data is used by retirement savers.

“Overall it’s a good that APRA is putting data in the market,” he said.

“However, it’s important to understand the variations in MySuper strategies of different super funds.

“My main word of caution is that they are not all comparable because the funds each have different levels of allocation to growth assets in their portfolios.”

The March quarter was marked by extraordinary returns on the Australian sharemarket before the ASX took a dive in April.

Mr Fryer said funds that had allocated a higher than average allocation to local shares were among the top performers in the first three months of the year.

However, many of those funds lost a big chunk of those gains in April.

“Because equity markets did well in the March quarter those funds with the highest exposures to shares delivered the highest returns and more conservative funds posted the lowest returns,” he said.

“That’s what you would expect.”

The GoldmanSachs staff fund, which has only 2000 members, took a hit in April because 60 per cent of its assets were invested in the Australian sharemarket.

This fund is potentially more volatile than funds such as Maritime Super, which have less than half of their assets invested in shares.

While Maritime Super underperformed in the March quarter, the fund’s trustees have positioned the asset portfolio to withstand declines in the ASX and offshore equity markets by investing more heavily in defensive assets such as bonds and income-earning assets such as unlisted infrastructure.

In the past three years, this fund has returned average annual returns to members of more than 11 per cent.

This is above the average performance for balanced funds between 2012 and 2014, so the trustees’ strategy appears to be working effectively.

“One of the reasons industry funds have performed ahead of retail funds in the long term is because of their higher exposure to unlisted investments,” Mr Fryer said.

“However, in the last few years we’ve seen listed assets such as shares outperform other asset classes.”