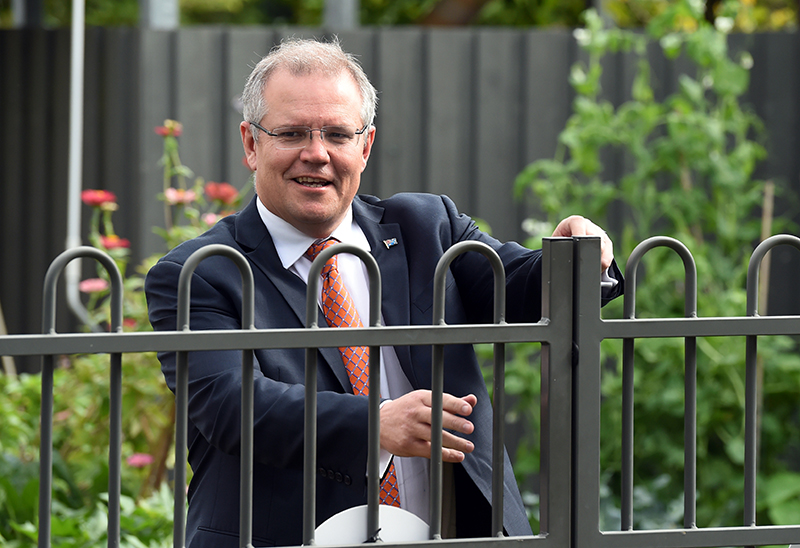 Scott Morrison has warned retirees to stop thinking about superannuation as an estate planning tool and get used to the idea that it’s there to provide income in retirement.

His warning, while consistent with the purpose of compulsory superannuation, contradicts messages coming from the Prime Minister and Treasurer, who have remained steadfast in their opposition to tackling incredibly generous super tax concessions for the wealthy.

At the weekend, Mr Morrison told The Australian Financial Review that the “purpose of providing tax incentives to encourage people to build up their super is so they can draw down on it in their retirement, not maintain it as a capital inheritance”.

The Social Services Minister was defending the cuts to age pension eligibility thresholds, unveiled in the budget.

But his logic can just as easily be used to justify winding back super tax concessions, which, quite by accident, allow very rich retirees to put away huge sums of untaxed wealth to pass on to their estate when they die.

The objections to pension changes

The changes to pension eligibility mean retirees with between $450,000 and $1.15 million in superannuation will receive less or no part pension. This, in turn, means they will have to draw down further on their super to maintain the same standard of living.

The main objection to this policy has been that it will create a ‘pension trap’, seeing retirees with between $700,000 and $1 million in super actually worse off than someone on a full pension. The Australian ran with this line around the time the policy was announced.

This objection would be valid if it were true – but it isn’t.

The modelling relies on the assumption that retirees do not, and shouldn’t have to, draw down on their superannuation. It assumes retirees should be able to live on the interest their super earns, leaving the principal sum untouched to be passed on to their children.

Under current generous age pension eligibility rules, the pension is actually subsidising some people who want to use super as an estate planning tool. This is not what super was designed for. It was designed to build the private retirement income of average-income Australians, and thus take pressure off the age pension.

That’s why Mr Morrison is correct when he says the ‘pension trap’ argument “fundamentally misunderstands the role of the pension in the welfare system”.

Where Morrison clashes with Abbott

The only argument for super tax concessions is that they incentivise people to save for retirement, thus taking pressure off the age pension. It is middle-income people, not very high-income people, who need this incentive.

Given very wealthy retirees can easily fund their own retirement with or without tax concessions, there is no argument for maintaining super tax concessions for the very rich at their current generous level.

But this doesn’t stop the government’s top two ministers from supporting them. In Question Time on Monday, both the Treasurer and the Prime Minister reiterated their commitment never to change super tax rules.

“We absolutely have no plans to change super,” said Mr Hockey.

“We have no plans to change taxation of super in the future,” echoed Mr Abbott. “It’s not the government’s money, it’s the people’s money … When they put money aside for super it belongs to them.”

While this has a folksy, intuitive sense to it, in practice it seems to be based more on an aversion to taxation in general than on an application of the original thinking behind super tax concessions.

The question now is whether Mr Morrison will extend his logic to super tax policy. If he does, he is likely to clash with Mr Abbott and Mr Hockey.

Why Scott Morrison is right about super tax