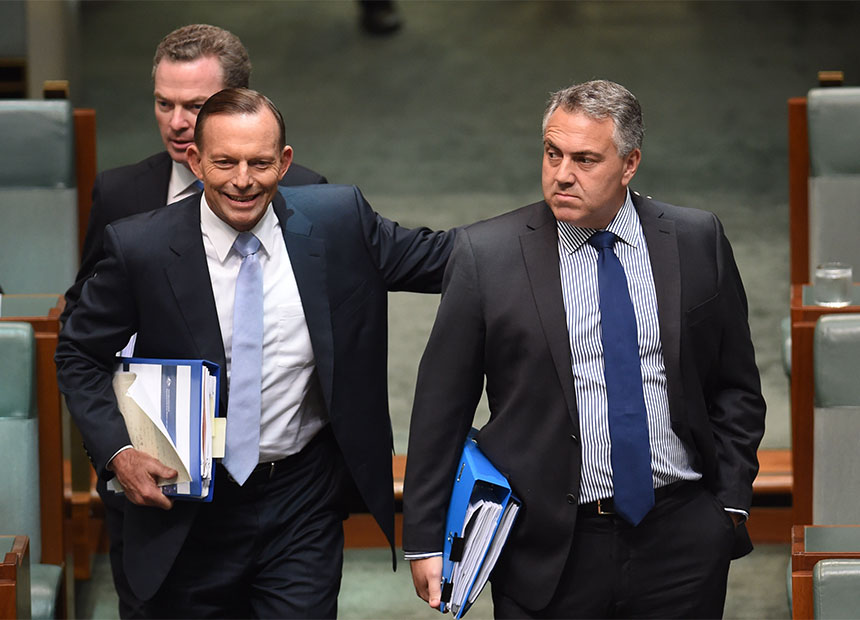 The Howard government’s generous regime of tax concessions on superannuation is proving a major headache for Treasurer Joe Hockey as he escalates his crusade to balance the government’s budget.

Each year, the federal government forgoes $45 billion in revenue because it levies special tax rates on super contributions and payouts.

With the government poised to release its whitepaper on tax reform, it seems Australia’s superannuation system is on the cusp of a tax overhaul that could have material effects on future returns and benefits of super members.

• How did your superannuation perform in 2014?
• Banks break silence over ‘indefensible’ ATM fees
• Life insurance: do you have too much, or not enough?

But it is still unclear how far the government is prepared to dilute the tax advantages of wealthy Australians, who benefit most from existing system.

The big question to be answered in 2015 is whether low wage earners will have to continue underwriting the tax concessions on super enjoyed by high-income earners.

This looms as a big challenge for a government that lost many friends last year after it tightened eligibility for the aged pension and slashed many other benefits of less affluent retirees.

How Mr Hockey tackles the eligibility requirements for tax concessions on super could seal the government’s fate at the next election.

One of the effects of the changes introduced by Peter Costello in 2006 is that most multi-millionaires can structure their assets so that they pay no tax in retirement even though they might be reaping more than $150,000 a year.

In an opinion column for the Australian Financial Review last April, Mr Hewson made three salient observations about the existing superannuation tax arrangements:

• The tax breaks on super are costing the government in foregone revenue about $45 billion a year and this is roughly the same amount that is spent each year on the age pension.

• The dollar value of the tax breaks is growing faster than expenditure on the aged pension, making concessions on super contributions a much bigger threat to balancing government finances in the near-term.

These facts led Mr Hewson to conclude that the concessional tax arrangements for the rich should be wound back because they are “poorly targeted” and loaded with “distortions”.

Super tax concessions for the rich are “unsustainable”

“The huge concessions for the wealthy are pretty much unsustainable,” he says.

“When Costello took away the tax on drawdowns for people with large super nest eggs he created a problem that has become a big black hole for subsequent governments.”

Mr Bresnahan is convinced that a federal government in the near future will be forced to dilute the tax concessions available to super members with balances above $1 million.

“Something has to give eventually,” he says.

“Whether it’s a tax on the income of retirees during the pension phase or restricting the tax concessions on contributions during the saving phase, something has to give.”

First Super calls for millionaire retirees to be taxed

However, he says the government needs to guard against withdrawing existing concessions and benefits for people earning less than $180,000 a year.

“Both sides of politics need to look the public in the eye and tell us ‘this is where we are and this is what we’re going to do’,” he says.

Mr Watson believes that the caps on concessional contributions for high-income earners should be lowered to make taxation within the super system fairer.

There should also be marginal income tax levied on retirees who derive an income stream above the average annual income of Australian workers, he says.

“In the drawdown phase there’s got to be a threshold where very wealthy retirees become liable to pay income tax,” he says.

“Picking what that threshold should be is a difficult issue because there would be winners and losers.”

Which way will Joe and Tony go?

If John Hewson is right that the dollar impact of tax concessions enjoyed by high-income earners will put more pressure on government finances in coming years, then the Abbott government might need to review its plan for balancing the budget.

But does it have the courage to crimp the tax advantages of the very wealthy in line with cuts it has already made to welfare for poorer retirees?

The government’s re-election prospects might hang on the answer.

Donald Trump grabbed at steering wheel in bid to get to Capitol riot
Retailer pauses facial recognition tech trial after privacy complaint
Missing boy found alive after eight days in sewer
Two charged over US migrant truck deaths
Governor-General admits ‘mistake’ over Insta ad endorsement
Nick Kyrgios spits at ‘disrespectful’ fan at Wimbledon
Life insurance: do you have too much or not enough?
Today's Stories

Will Joe and Tony slash tax breaks for the rich?