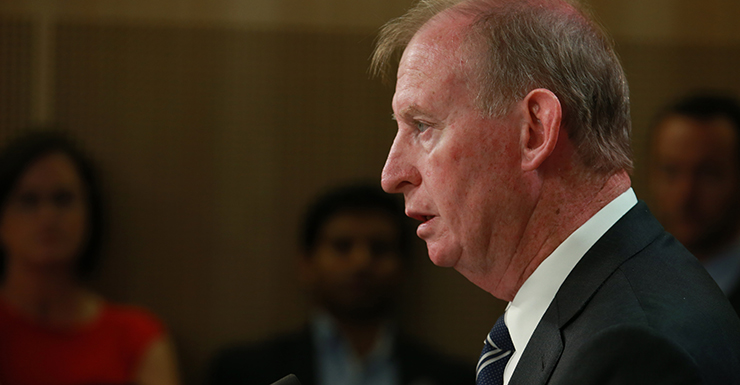 The Financial System Inquiry (FSI) has largely made prudent and sensible recommendations about Australia’s $1.8 trillion superannuation sector, recognising that members’ best interests must be at the heart of our system. This has long been the ethos of non-profit industry super funds.

The FSI, chaired by former Commonwealth Bank chief executive David Murray, rightly recommended maintaining a strong selection process for the super safety net where default super funds are chosen on the basis of long-term investment returns, after fees. This will ensure the retirement savings of millions of Australians who don’t choose their own fund and are covered by the safety net, remain in good hands.

This safety net of reliably performing funds, overseen by the Fair Work Commission, receives a steady cash flow of around $9 billion dollars a year, which allows for deep economic investment in long-term projects. This is uppermost in the thinking of industry super funds which are increasingly looking to invest in big ticket infrastructure that will both fortify the economy and produce decent returns for members.

We congratulate the FSI for emphasising the importance of long-term investment as a crucial driver of productivity and economic growth, and therefore jobs, wages and super contributions.

Industry super funds believe it is central to the challenge of easing budget pressures and maintaining living standards as we confront the constraints of an ageing population.

One idea the FSI thankfully rejected was allowing banks to sell to business banking services to employers, bundled with employee super. This is a sensible response, as bundling would very likely have come at a cost to member returns and national savings.

On governance, industry super funds do not support the mandating of majority “independent directors” on the boards of super funds. Oddly, the FSI report said there was little evidence to back up its recommendation, and simply asserted that “high-quality governance is essential to organisational performance.”

On that score, industry super funds are carefully and scrupulously overseen by trustee boards made up of employer and employee representatives. This model, common across the OECD, has delivered superior returns on average to members over the past decade. The representative trustee model has been at the heart of a structure that has seen industry super fund members typically better off when they retire.

Industry super boards also draw representatives from a multitude of industries and include a better than average number of women in their ranks. In a financial system struggling for greater diversity on boards, industry super fund boards have always led the way.