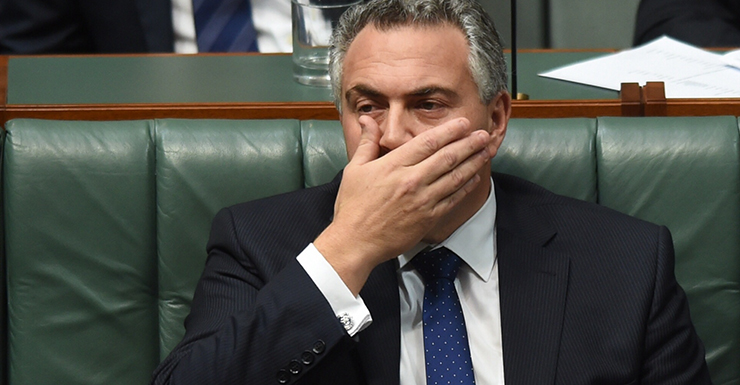 The Government trumpeted the abolition of the mining tax as a win for the economy, but for Steve Barty, there was some costly devil in the detail.

Mr Barty, a 47-year-old single parent who works night shifts as a maintenance electrician, now faces an $80,000 blow to his retirement savings under a freeze on superannuation contributions triggered by the mining tax repeal.

“I’m going to have to work at least another extra year,” said Mr Barty, who earns more than $100,000 a year. “It will probably be two years and that might be conservative.”

But Mr Barty is not alone. Millions of superannuation accounts will suffer a similar hit.

Research from Industry Super Australia reveals Australians across all ages and incomes will lose tens of thousands of dollars following the federal government decision to scrap the mining tax.

The tax had been intended to fund the government’s pledge to increase the guaranteed super rate in coming years, but the latest backflip has effectively stalled contributions at 9.5 per cent until 2021 when it will increase annually by 0.5 per cent to a top of 12 per cent.

Ordinary Australians will suffer the most from the delay.

A 25-year-old earning an average wage over their working life is likely to retire with $100,000 less in their pocket when they call it quits.

Mr Barty was angered by the government’s decision.

“I’m outraged to be honest,” he says.

“There are no more political promises. It’s a betrayal.”

Mr Barty says the decision to halt super contributions will affect his entire workplace, where employees entered into an enterprise bargaining agreement that took into account planned rises.

The government has suggested the freeze might allow employers to negotiate more wage increases but Mr Barty doesn’t subscribe to the theory.

“The government’s decision to leave Australian workers worse off at retirement and make our superannuation system a plaything of successive treasurers will erode confidence in our system.”

“It will mean less investment in productivity-enhancing infrastructure, more pressure on future federal budgets due to increased reliance on the pension and the creation of a two-tier super system, with inequitable access to tax concessions depending on income.”

“Over three million workers – two million of whom are women – will lose $500 per annum as a result of this change.”

The single 45-year-old will effectively be more than $25,000 worse off due to the standstill in contributions.

“There’s a lot of people out there worse off than me like families who are low-income earners,” Ms Darby says.

“I’m already struggling as a single person. How could you expect these people to survive on that superannuation when they get old?”

“The cost of living in Australia is getting higher and higher,” Ms Darby says.

“They’ve got no empathy or sympathy for people who are working hard for their living. They’re always targeting the small people. This is wrong and people have to speak up.”

Mr Keating said the argument that people were better off having extra money in their wages now, rather than in their superannuation, doesn’t hold true logically.

“The government’s connivance with PUP (Palmer United Party) to spike superannuation at 9.5 per cent has little to do with the budget balance this year, or in the early out years, and everything to do with cheap ideology,” Mr Keating said in a statement.

“The Prime Minister and Mr Palmer trotted out the tawdry argument that working people are better off with more cash in their hand today than savings for tomorrow.”

“Yesterday’s decision represents nothing other than the wilful sabotage of the nation’s universal savings scheme.”

The government has limited employer superannuation contributions at 9.5 per cent until 2021, as part of a deal with the PUP to repeal the mining tax.