JobKeeper rules should be changed to allow eligible businesses to subsidise the wages of new employees, according to a prominent small business advocate.

With only two months to go until the scheme ends on March 28, Australian Small Business and Family Enterprise Ombudsman Kate Carnell said the rule changes were needed to allow businesses to replace outgoing staff.

Ms Carnell said workers were resigning in search of higher-paid jobs after a second reduction in the rate of JobKeeper forced many small businesses to cut their hours and wages.

“JobKeeper was reduced again on 4 January, 2021, and with some eligible businesses unable to afford to top up wages, they are having to reduce the hours of their staff,” she said.

“It means staff are resigning to go to jobs offering more hours and pay.” 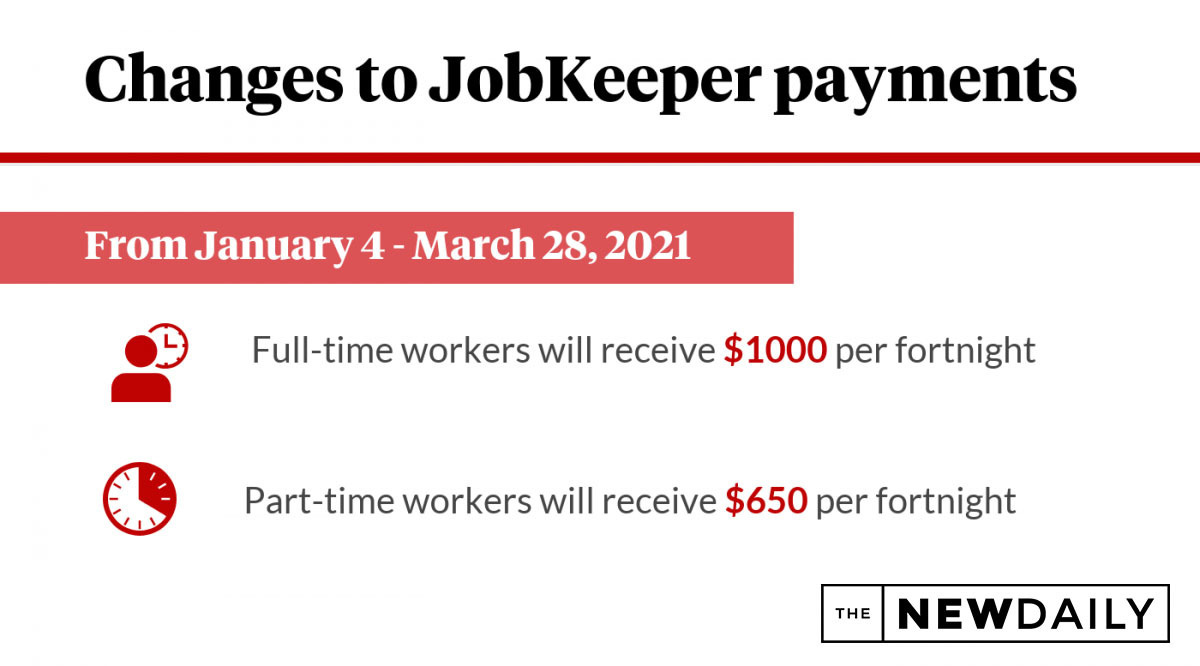 As a result, many businesses are understaffed and unable to afford new workers under current JobKeeper rules, which prevent businesses from claiming the payment for staff employed after July 1, Ms Carnell said.

She told The New Daily the current rules were affecting businesses that were busy but making little money, such as travel agents processing refund requests and cinemas recovering from various restrictions.

“They’re stuck between an absolute rock and a hard place,” Ms Carnell said.

Although she acknowledged that JobKeeper shouldn’t be given to businesses with no long-term future, Ms Carnell said the federal government should offer ongoing support to viable businesses in industries affected by ongoing restrictions, such as tourism and events.

Many of these companies have a future beyond the pandemic, but need more support to survive the next few months, she said.

The owner of Roseville Cinemas on Sydney’s North Shore, Emma Addario, told The New Daily she had “no idea” what she would do after JobKeeper ends in March.

The wage subsidy is supporting 12 staff at the cinema, which last year had to stand down six employees who were ineligible for the payment. And foot traffic is still 60 per cent lower than pre-pandemic levels.

“I don’t know how we would survive without JobKeeper, because we had three-and-a-half months of absolutely no income whatsoever,” Ms Addario said, while noting she was still paying $2000 a month for electricity during the lockdowns.

Asked if the changes proposed by Ms Carnell would help her business, Ms Addario said they would, as many of her employees were university students with changing commitments who might need replacing.

“If I could put new staff onto it, then that would be great, because now I’m going to have to find money to pay these wages that would have been covered by JobKeeper,” she said.

However, independent economist Saul Eslake was unsure if the changes were a good idea, and noted the federal government had already announced hiring incentives for small businesses.

Mr Eslake said most businesses that lost staff as a result of cuts to JobKeeper should take advantage of this initiative rather than asking for more support.

He said the gradual withdrawal of JobKeeper had also had little impact on employment and other data showed the economic recovery had been faster than expected.

Indeed, as we know from the monthly labour force surveys, October and November were both very good months,” Mr Eslake said.

Asked whether the government should provide continued support to industries directly affected by ongoing restrictions, such as events and tourism, Mr Eslake said “there was a moral argument” for doing so, as the restrictions were put in place by the government.

But he said extending JobKeeper for all struggling businesses was a bad idea, as it would prevent workers from moving to more productive firms.

JobKeeper must be expanded to include new employees: Ombudsman