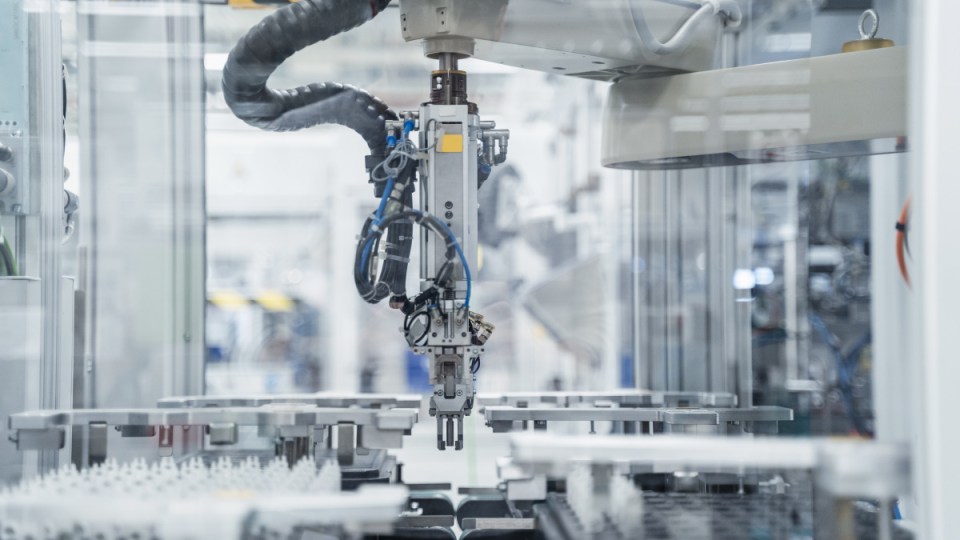 The government has been slammed for delaying the rollout of funds to critical manufacturing sectors. Photo: Getty

The federal government has been criticised for delaying the rollout of a medical technology and manufacturing plan designed to boost crucial businesses during the post-pandemic recovery.

However, only a tiny fraction of the overall cost will be doled out to firms over the coming eight months.

Federal Minister for Industry, Science and Technology Karen Andrews conceded on Insiders on Sunday that less than three per cent of the $1.5 billion outlined in the federal budget would be delivered in 2020-21.

“Overall, it’s going to be about $40 million that will be spent before the end of this current financial year. And then there will be progressive rollouts after that,” Ms Andrews told Insiders host David Speers.

The admission follows decisions by pharmaceutical giants Pfizer and GSK last week to close their respective Perth and Melbourne manufacturing plants by 2023, which will affect 770 jobs.

When pressed on whether fast-tracking the funds could have prevented those closures, Ms Andrews said: “The reality is those decisions were made globally [and] I’m very much focused on the future”.

Ms Andrews attributed the slow rollout of the program, which has been condemned for an average spend of $375 million a year over its lifespan, to “due diligence” required before handing out substantial investments.

Under the program, smaller ‘translation’ and ‘integration’ grants (roughly $4 million each) would help businesses connect with global value chains and transform research into new products.

The minister confirmed she would call on Industry Innovation and Science Australia – an advisory board led by former IBM boss Andrew Stevens and Australia’s chief scientist Alan Finkel – and the CSIRO for consultations on eligible projects.

However, she said final decisions would be “ultimately” decided by her department and “myself, as the minister responsible”.

“The $40 million needs to go through a proper process because I’m not going to set something up that is likely to be criticised because it was done on the run and money was just dispersed in a willy-nilly manner,” Ms Andrews said.

Shadow Minister for Employment and Industry Brendan O’Connor hit back at the “under-delivery”, suggesting the $40 million earmarked this year will be “too little, too late” and “jeopardise Australian jobs”.

Mr O’Connor also questioned why more funds were not distributed given the government’s budget rhetoric on manufacturing and its importance to lifting the country out of a once-in-a-generation recession.

“Once again, this government is all about announcements, but lacks the substance to implement their promises,” Mr O’Connor said.

“The budget papers state a paltry $79.1 million will be spent in the 2020-21, so the government is already planning to under-deliver by half that amount.

“The Morrison government’s lack of immediate action will mean the recession will be deeper and longer than it need be.”

Mr O’Connor has previously expressed concern over the distribution of small business export grants, with 97 per cent of first-round funding favouring those in Liberal or Nationals seats before last year’s May election.

It’s believed the federal opposition will question government figures on how funds under the ‘modern manufacturing initiative’ will be allocated during Senate Estimates hearings this week.

Australia’s manufacturing sector has shed 3.4 per cent of its workforce over the five years to August 2020.

However, both the government and opposition were criticised for their focus on manufacturing in their budget speeches, with only one sector (beverage) featuring in Australia’s top 20 export industries.

‘Too little, too late’: Government criticised over delays to manufacturing spending