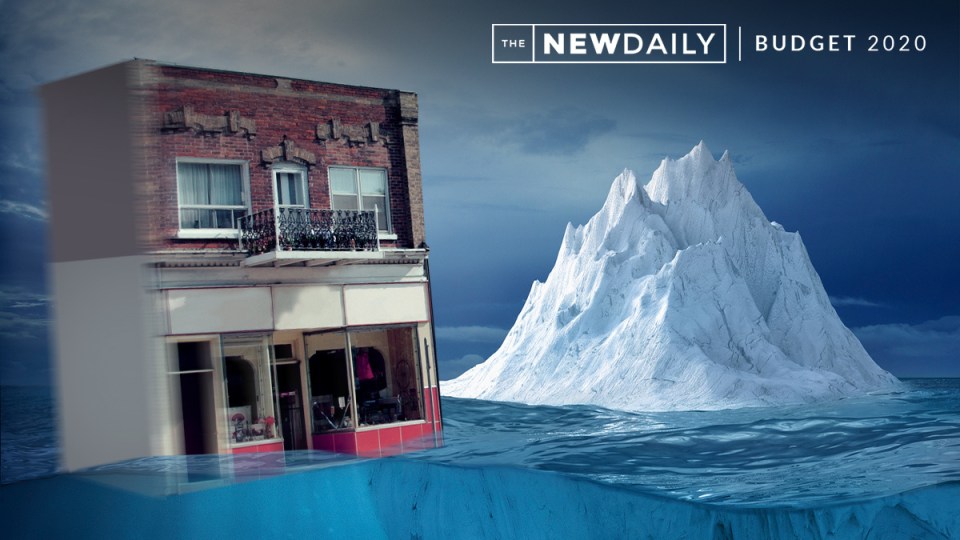 Business received the lion’s share of support in the federal budget, but experts say the measures fail to provide a roadmap for a “significant” number of firms with an unsustainable future.

The latter was the biggest single announcement of the night, with $26.7 billion allocated so that firms with up to $5 billion in turnover could deduct the full value of any assets purchased from budget night until June 2022.

With 99 per cent of businesses covered by the measure, Mr Frydenberg told Parliament the “largest set of investment incentives any Australian government has ever provided” would produce 50,000 jobs.

“Every sector of our economy, every corner of our country will benefit, and this is how Australians will get back to work.”

The government also announced the reintroduction of a “loss carry-back” scheme that allows firms to claw back tax paid on pre-COVID profits to offset pandemic losses, as well as wage subsidies to hire apprentices and trainees, fringe benefit tax concessions and $4.3 million in mental health support.

“The federal government has clearly acknowledged the role small and family businesses have to play in the nation’s economic recovery,” Ms Carnell said.

“We think it’s a real incentive for businesses to spend and invest, and to be able to carry back losses to previous years to end up with cash that they desperately need right now.”

But Ms Carnell said she would continue lobbying for support for firms that may struggle to recover from pandemic-induced losses.

“We have a large number of businesses who continue to accumulate debt and probably need a turnaround because the way they’re tracking is not sustainable, or need to get out safely and quickly,” Ms Carnell said.

The chief executive of online small business lender Banjo, Guy Callaghan, said the loss carry-back scheme missed the mark for newer firms that were ineligible to tap pre-existing government stimulus – including JobKeeper – as they were unable to provide records of falls in turnover.

With their growth already constrained by the pandemic, Mr Callaghan said they would also be unlikely to boost investment while business conditions are suboptimal.

“The government is banking on driving business growth through boosted consumer demand – there will be activity that drives improvement and that’s definitely good news,” Mr Callaghan told The New Daily.

“But it depends on what industry you’re involved in, and with the two-speed economy between Victoria and the rest of the country, some sectors will still take a long time to regain confidence.”

With the rate of insolvent firms tracking 50 per cent below 2019 figures, some analysts have also expressed concern a rising number of smaller firms are only surviving due to government handouts.

But Mr Dale said the country is only at “the tip of the iceberg” when it comes to insolvencies, which could have major implications for workers employed by struggling small and family businesses.

“The announcements we’ve seen will mitigate a situation we’ll eventually have to confront, and that’s late payments, credit defaults and so on,” Mr Dale said.

“It makes a harsh world over the next four months a little less harsh, but at some point we have to devise a plan on how to treat the considerable group of businesses that can’t bounce back with all the help in the world.

“Right now, it’s about keeping them alive and the government measures announced increase those chances somewhat.”

Small businesses (firms that employ less than 20 people) saw payroll jobs slashed by 1.9 per cent in the last recorded fortnight, with the total number of jobs down 6.9 per cent since mid-March.

However, some say the small business package does little to address a critical shortfall in job vacancies with more than one million Australians effectively unemployed.

Blueprint Institute chief economist Steven Hamilton described the small business measures as a “bit of a miss”, suggesting they would only drag forward depreciation expenses that “would [have occurred] anyway”.

Instead, adding an investment allowance would have provided an added subsidy of roughly 20 to 30 per cent, he said.

“The 50,000 jobs-saved figure should be instructive. The biggest “stimulus” measure in the budget is a drop in the bucket with millions out of work,” Associate Professor Hamilton wrote on Twitter.

And EY chief economist Jo Masters said although the budget was “extraordinary”, it relies on assumptions of a 2021 coronavirus vaccine and businesses willing to invest and hire amid a shaky economy.

“Non-mining business investment was weak before COVID-19 hit, and businesses would still benefit from greater certainty about the future conditions for investing,” Ms Masters wrote in a note.