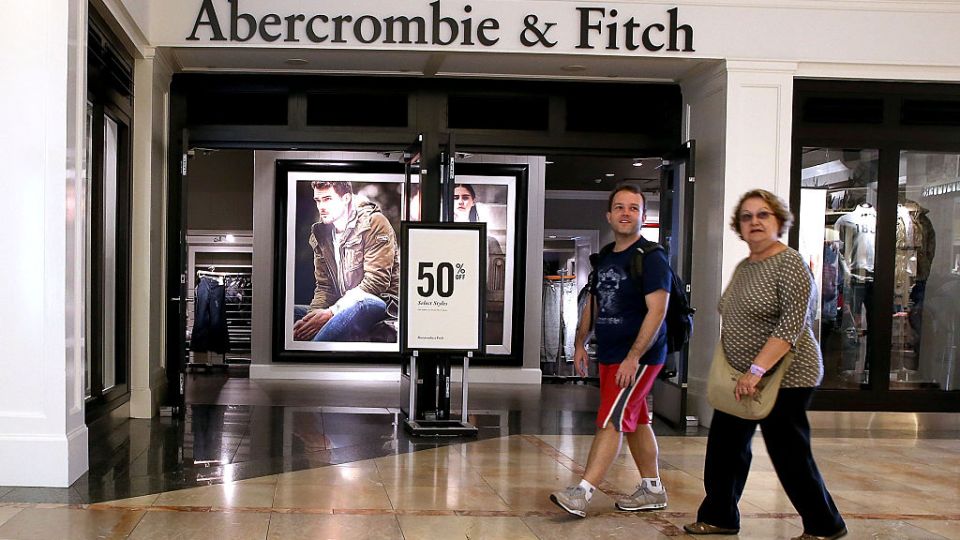 Multinational clothing giant Abercrombie & Fitch has trademarked Bondi Beach and muscled a Sydney retailer out of using the name.

Sydney toiletries brand Bondi Wash attempted to trademark its name in the US, but it was blocked because of its similarity to Abercrombie & Fitch’s “Bondi Beach” range of beauty products, the ABC reported.

In effect, the US retail giant has used its market power to stop a small Australian business from using the name, but none of Abercrombie & Fitch’s products are currently for sale or have any relationship to the place after which they are named.

The case has raised concerns about foreign companies gaining exclusive ownership of high-profile Australian place names in their branding.

“Unfortunately for consumers, smart marketers of products manufactured overseas are tapping into the benefits of associating products with Australia,” Australian Made Chief Executive Ian Harrison said.

“The use of typically Australian images or including the word ‘Aussie’ in the name of a product or company often fools consumers into thinking that what they are buying has been made here.”

Matthew Rimmer, an intellectual property professor at QUT, said trademarking a geographical location had long been a “very contentious issue”.

“My personal view is that Bondi Beach is a generic term for a public place. It shouldn’t be the subject of monopolisation, particularly by a US retailer with no clear presence in Australia,” Professor Rimmer told The New Daily.

“I think there is a public interest in geographical terms being in the public domain and open for use.

“Bondi is used for all sorts of things, like (pool and bar venue) Bondi Icebergs. It has all sorts of associations.”

He said Australian laws allowed for geographical specifications for wine regions, but not for food.

However, some trademarks like King Island Cheese, Bega Cheese and Beechworth Honey, were allowed by demonstrating an acquired distinctiveness to the area.

The Abercrombie & Fitch and Bondi Wash dispute is US-based.

“It places a lot of pressure on small- to medium-sized businesses in Australia to grapple with some of the big brands that are coming into our marketplace, either physically or virtually.”

US companies have trademarked Kakadu and Uluru, Professor Rimmer said.

Just days ago, it was revealed Amazon launched a dispute with Perth-based retailer Live Clothing over its use of the name “Glamazon”.

Bondi Wash last year challenged Abercrombie & Fitch on the grounds the US retailer was no longer using the trademark.

“Bondi Wash argued Abercrombie & Fitch weren’t actually using the trademarks and therefore should lose registration. There are a number of different grounds where you can challenge the validity of the trademark,” Professor Rimmer said.

Bondi Wash last month withdrew its application and will attempt to register under a different classification like “household cleaning preparations” and “scented articles”.

“Trademarks operate in terms of certain goods and services, so they don’t provide you absolute protection,” Professor Rimmer said.

In a statement, Abercrombie & Fitch told The New Daily it “has an obligation to defend its trademark rights, otherwise it risks losing them”.

“In the mater referenced, the company worked with Bondi Wash on one potential area of concern relating to its US trademark rights, and the matter was fully and amicably resolved.

“Bondi Wash remains able to use and register its mark worldwide and, in fact, continues to use its mark and sell its products in the US, Australia and elsewhere. Its US trademark application has been approved by the USPTO and is proceeding to registration.”