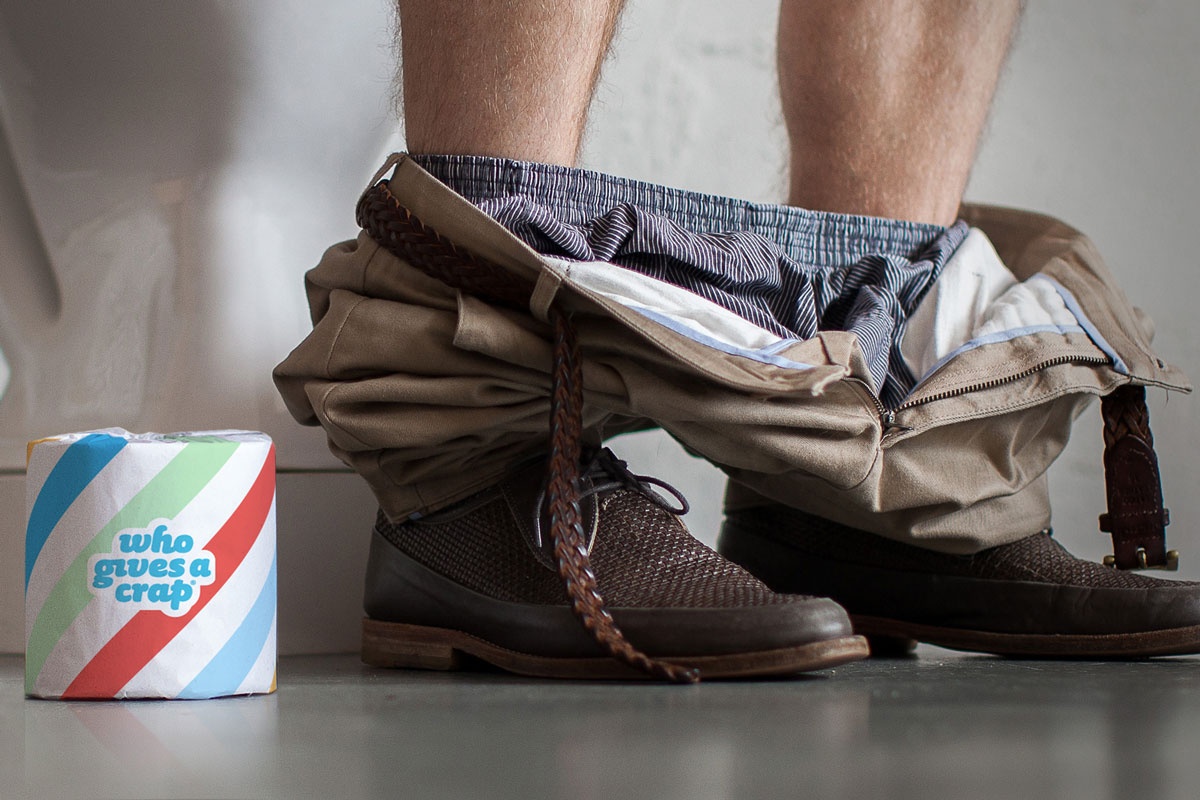 Take three young men aged in their late 20s, locate them in wildly different parts of the world, don’t give them any money except what they raise themselves, throw in a few gags and watch them launch a company trading in … toilet paper? Yes. Toilet paper.

The business is called Who Gives a Crap, its profits go back into building toilets in third world countries and the story behind this small but rapidly expanding venture is a textbook case of smart, out-of-the-box thinking.

Simon Griffiths and Jehan Ratnatunga met at the University of Melbourne. Jehan was studying mechatronics and Simon was studying engineering and commerce. They struck up a friendship and, when they graduated, stayed in touch.

Jehan worked in management consulting, took some time off work to write a movie script and now he works for YouTube in Los Angeles.

Meanwhile, Simon developed his first business idea, a bar serving beer, cider, wine and spirits from developing economies around the world that donates 100 per cent of its profits back to the drink’s country of origin. Shebeen opened in Melbourne’s Manchester Lane in February this year.  Simon markets it as the best way to have a drink in the evening and still feel good when you wake up the next day.

“I was looking to use everyday consumption to create something more inspirational,” he explains.

“But with a brick and mortar business there is a limit to the number of people you can touch and the amount of difference that you can make.”

It was 2010, the pair were contemplating business concepts and, “the idea just came to us.”

The idea was to sell toilet paper, made in a developing country to environmentally acceptable standards and use the profits to build toilets and invest in sanitation programs in third world countries.

They took the idea to the Unreasonable Institute in the US, a not-for-profit hot-house program which provides “unreasonable advantage” to entrepreneurs creating solutions to the world’s biggest social and environmental problems.

Their concept was shortlisted but they still had raise a fee to get in.

“The process tests if you have an audience who believes in what you are doing and are prepared to support you,” says Simon.

“We sent a funny email to all of our friends and family, which included a call to action. It spread quite quickly and we raised the $7,000 capped at $20 per contribution in 11 days, which set a record”.

Next stop was Boulder, Colorado, where they joined the five-week residential program with 20 other like-minded innovators. With access to 60 different mentors, like former head of marketing for Coca Cola, Mark Mathieu; former CEO and Founder of Wild Oats, Libby Cook; and the former MD of Google’s not-for-profit arm Google.org, Greg Miller, they were in innovation heaven.

They also met Danny Alexander who hailed from Brooklyn, had a degree in product development and experience working on programs building toilets in Africa.

Back home in November 2010, their business idea won an award from the Australian Centre for Social Innovation before it even began, but it nearly didn’t get off the ground.

“Initially, the plan was to go into partnership with an existing brand and get into supermarkets,” says Simon.

But in 2011 a large supermarket chain kicked off a price cutting-campaign that saw the toilet paper profit margin fall through the floor and the deal collapsed.

“We then leapfrogged into a production phase and went overseas to find a supplier who could produce the toilet paper ethically, using environmental guidelines we were happy with”.

They found a supplier in China and brainstormed next steps.

“We needed pre-sales to get it off the ground, so that’s when we came up with crowd funding idea.”

In July, 2012, they created an online campaign to raise money whereby Simon agreed to sit on the thunderbox until they raised $50k in pre-orders for their ethical toilet tissue product. It was streamed live, went viral and attracted global publicity. They secured the pre-sales and Who Gives a Crap moved off the white-board and into production.

The business is just the three of them, who are located in LA, San Francisco and Australia.

“Jehan and Danny have other day jobs, so we pretty much use any type of collaborative technology – Skype, Google docs, email, to communicate 24/7,” says Simon.

Danny, whose day job is based in San Francisco, where he works with IDEO.org a consultancy specialising in social impact programs, is the creative and designed the Who Gives a Crap packaging with Melbourne-based design firm Swear Words. The whimsical wrapping paper comes in five different patterns and has struck a chord with consumers, who are proud to buy the product and display it in their washrooms.

In March, 2013, they fulfilled their last pre-order and what started as a quirky feel-good idea, is morphing into a serious business proposition.

“We soon realised we had something a lot more successful than we initially thought.”

Businesses, in particular, have got in board. “Aesop use it, Crumpler use it and we have signed up a soon to be announced hotel chain in Australia.” Simon is finding a willingness to align their business with a brand that’s serving a need and doing some good as well.

“We offer an analysis of usage and can arrange for regular delivery so our customers never run out of toilet paper ever again,” says Simon. “And if they don’t subscribe there’s three ‘emergency rolls’ at the bottom of every box reminding them that it’s time to re-order.” Orders are shipped nation-wide.

The trio currently don’t get paid, preferring to re-invest the money they make back into the business and building toilets.

“Each roll purchased provides access to a toilet for a week,” Simon says.

Savvy Gen Ys tap into toilets to help the needy