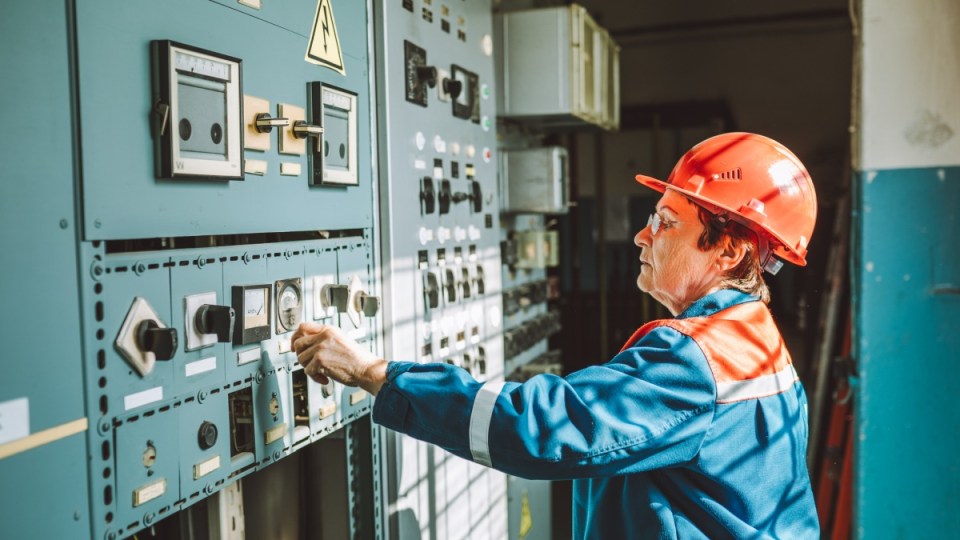 More Australians are choosing to prolong their working lives with part-time work rather than retiring early. Photo: Getty

Australians are expecting to work for longer but increasingly see themselves working part-time in their later years, according to a new report from research group KPMG.

The When Will I Retire? report found that while the expected retirement age for both women and men has increased significantly since the early 1990s, the rise has been markedly greater for women. 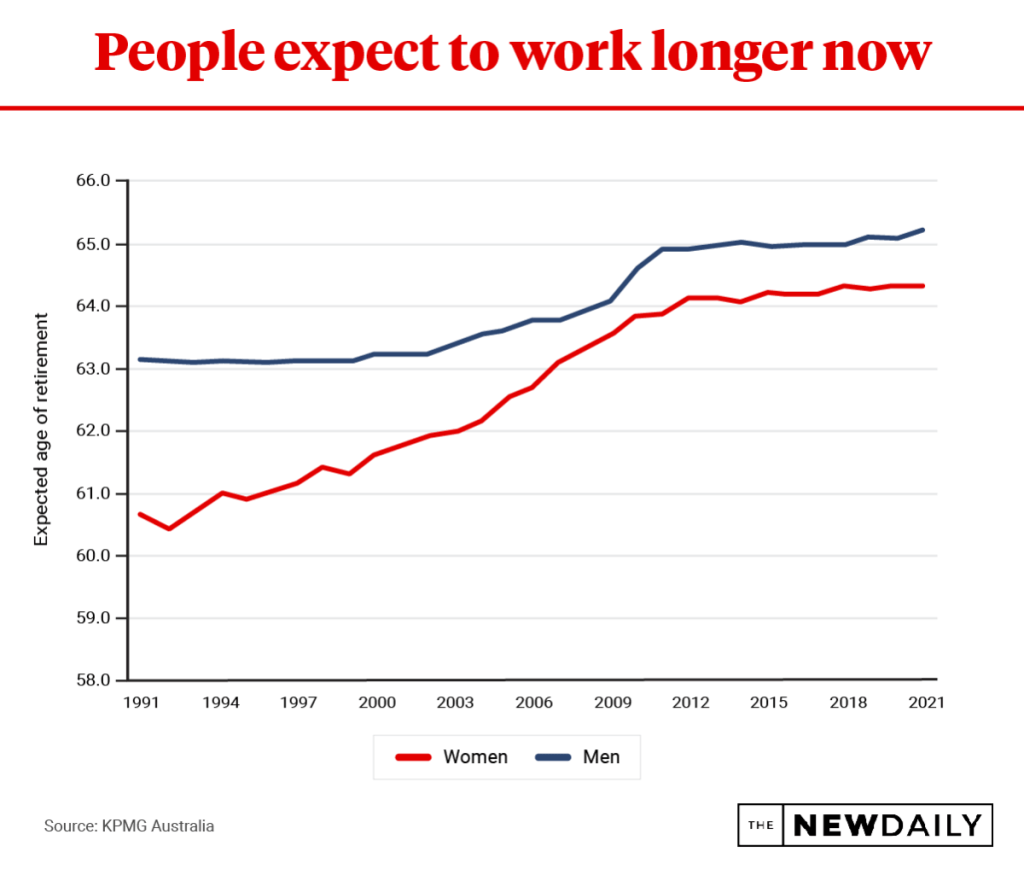 The report also found that while women expect to be working past their 64th birthday, most expect to stop working full-time just after they turn 62.

The gap between those figures has actually widened in recent years, meaning a lower percentage of women expect to work full-time right up until retirement now than they did in the 1990s.

More men also expect to work part-time for longer in the run up to retirement, with the gap between their expected retirement age and the age they expect to go part-time widening from one year in 2000 to two years in 2021.

That reality was that social and economic factors are keeping women from full participation in economic life despite their high education levels.

According to the World Economic Forum’s global gender gap analysis, “Australian women are ranked No.1 in terms of educational attainment,” Dr Jackson said.

“So we’re not seeing progress in terms of women’s economic participation in Australia,” Dr Jackson said.

That measure accounts for the hours women work and the types of jobs they do – and the widening gap between education and participation means that women and the broader economy are not getting the benefit of their education and training.

Another finding of the report was that men’s longer life expectancy means they will likely spend longer in retirement.

Improved health resulting from healthier lifestyles account for the change in men.

Ian Yates, CEO of lobby group COTA Australia (Council On The Ageing), said the growth in part-time employment as people moved towards retirement was to be expected.

“That is what I’d call a blurring of the previous hard line between work and retirement and that has been going on for some time,” he said.

“People are saying, ‘I don’t want to leave the workforce – I want to stay connected’, and that can be part-time.”

Mr Yates said although the growth in life expectancy is to be celebrated, it raises questions that COTA wants answered in the next political term after the May 21 election.

“One is the adequacy of the pension for people who are dependent on it, as the vast bulk of people will spend a fair whack of their retirement on at least a combination of the pension and super,” he said.

The other issue COTA wants investigated is whether current policy settings that limit how much retirees can receive in income without losing access to the pension are adequate for delivering reasonable retirements.

Terry Rawnsley, an author of the report and a demographics, urban economics and infrastructure specialist at KPMG, said key social changes explained why more women were working beyond what was once considered a typical female retirement age.

“There are more and more women entering the demographic of over-45s, where they have got a university education,” Mr Rawnsley said.

“They kept working while they were having kids and so they have a much stronger linkage to the labour force.”

Australia ranks middle of the class in the retirement age tables produced by the OECD.

For men, the retirement age was 65 while for Australian women it was 64.2

The lowest recorded among the OECD countries was France with 60.8 for both genders and the highest was South Korea with 72.3.

More older people are opting for part-time work rather than retirement: KPMG