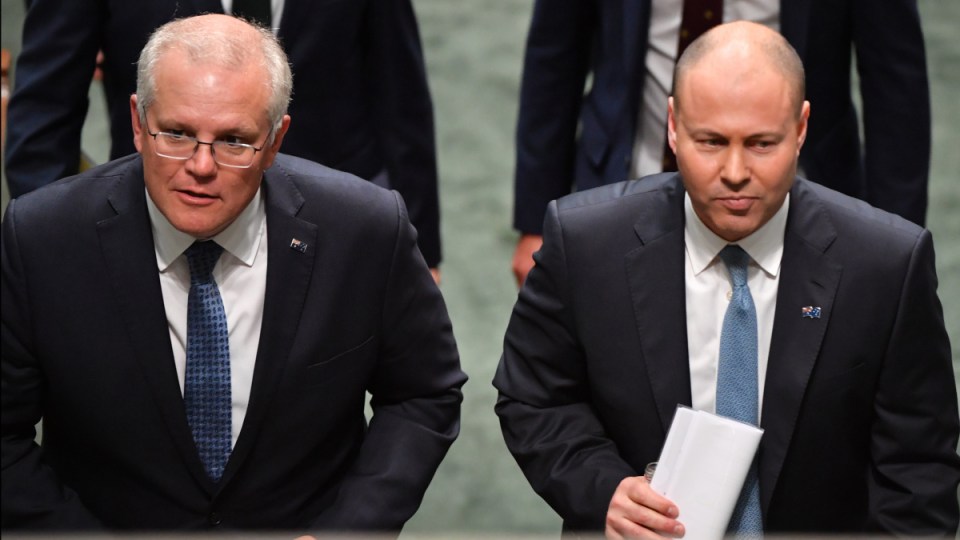 The Morrison government will release the review on Friday.

Treasury’s widely-anticipated Retirement Income Review has cleared the path to abandoning next year’s hike in the compulsory superannuation guarantee.

But it also makes clear that without compulsory superannuation, middle-income earners would fail to save enough for retirement.

In findings consistent with those of the Reserve Bank and Grattan Institute, the review found that “the weight of evidence suggests the majority of increases in the SG come at the expense of growth in take-home wages”.

It provided no guidance on whether the Morrison government should abandon next year’s legislated increase, as its mandate was solely to provide “evidence to help assess what judgments are appropriate”.

But it comes just months after Prime Minister Scott Morrison said his government would “carefully consider” the matter in light of the recession.

“Prior to the election it was certainly my view, and I’ve articulated that, that those were legislated … increases and we had no plans to change any of those,” Mr Morrison said in August.

“COVID-19 has occurred. People’s jobs are at risk … [and so], it is something the government has to carefully consider.”

The Morrison government will release the full 600-page document on Friday.

However, in a briefing document distributed to media outlets on Thursday afternoon, Treasurer Josh Frydenberg said the review “makes clear that Australia’s retirement income system is effective and sustainable”.

“Importantly, the report also reaffirms the need to simplify and enhance the efficiency of the superannuation system and lift home ownership rates as a driver of higher incomes in retirement,” Mr Frydenberg said.

“This is consistent with the policies the Morrison government is implementing.”

The report found the system is well placed to respond to the economic challenges posed by COVID-19 and will continue to achieve strong outcomes for the next 40 years under current policy settings.

But it also noted “a need to improve understanding of the system”.

“The retirement income system is complex,” the review says.

“Complexity, misconceptions and low financial literacy have resulted in people not adequately planning for their retirement or making the most of their assets when in retirement.”

The review also said a more efficient system that allowed retirees to more easily tap into their existing assets – including home equity – would support incomes and ease “the reliance on superannuation guarantees”.

As for the scheduled SG increases, the review found they would mostly come at the expense of lower wages growth.

The report also said an “increase in the SG to 12 per cent would result in higher-income earners receiving larger tax concessions” – something it said would not occur if the SG rate remained at 9.5 per cent.

“Maintaining the SG rate at 9.5 per cent would allow for higher living standards in working life,” it found.

“Working-life income for most people would be around 2 per cent higher in the longer run”.

Past research from Industry Super Australia disputes this claim, however.

It found most of the extra income from a lower SG “would be gobbled up through taxes and decreases in family payments”.

“There is a huge difference between income and what can be spent. Take two working parents, each on $50,000 – if, and we know it is a huge if – they were magically to get a pay rise once super was cut, the majority would be gobbled up through taxes and decreases in family payments,” ISA’s research found.

“So once reduction in other government supports are taken into consideration – family tax benefit etc – each parent is left with just $1.07 a week extra to spend, or $2.13 combined. This compares to an extra $2370 a year in retirement (wage deflated).”

Elsewhere, the Treasury review found paying SG during paid parental leave would make little difference to retirement incomes, and concluded that “in some individual circumstances, the benefits of early access to superannuation will exceed the benefits of preserving balances until retirement”.

About 71 per cent of people aged 65 and over receive the Age Pension or other pension payments – more than 60 per cent of whom receive the maximum rate, the review found.