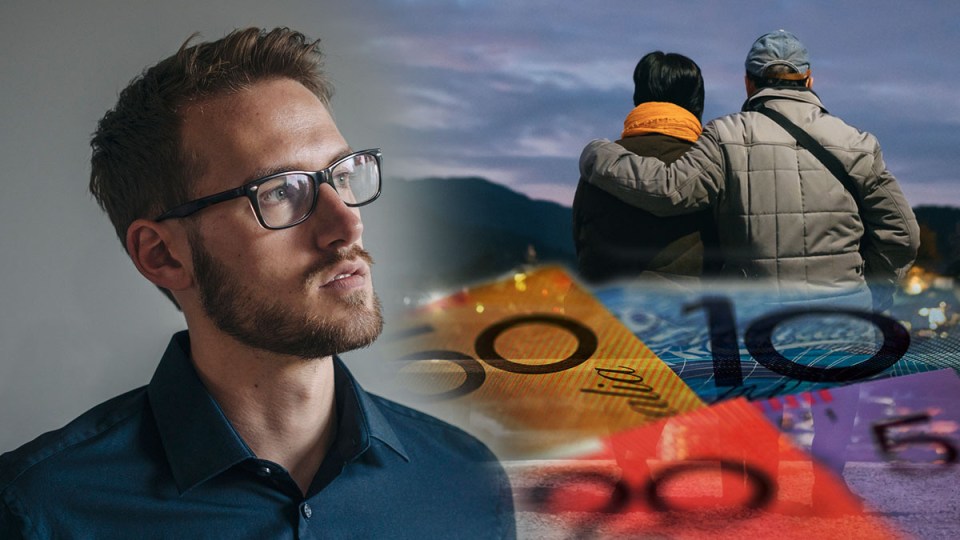 Younger Australians are growing increasingly nervous about retirement as the coronavirus takes its toll on their finances. Photo: The New Daily

Australians are increasingly worried about the ways coronavirus will affect their retirement savings, with research finding almost half are not confident about their financial position.

Almost one-quarter of workers aged between 30 and 65 also believe they will be unable to leave the workforce when they planned to.

A survey conducted by Pureprofile on behalf of CFS found 45 per cent did not feel financially confident – and in some cases felt genuinely scared – about their post-working-life finances.

CFS general manager of product Kelly Power told The New Daily it wasn’t surprising that Australians were more nervous about their money during the coronavirus recession.

But she was surprised that it was younger Australians who felt the most distressed.

“It was predominately people under the age of 50 who felt the least prepared,” she said.

“What we’re seeing is some genuine concern from younger Australians about the long-term financial impacts of the pandemic.”

The surge in unemployment and reduced working hours (and therefore income) is a likely source of this anxiety, Ms Power said.

Many have also been forced to withdraw money from superannuation to cover their daily living expenses, further weighing on their confidence, Ms Power said.

APRA figures show $29.4 billion had been withdrawn from superannuation under the early access scheme by July 26, with an average of $7705 withdrawn across each of the 2.9 million applications.

Roughly a third of those applications (one million) were repeat withdrawals.

Although the research found Australians are nervous about the future, it also found they have been quick to act.

Half the people surveyed said they planned to change their lifestyles after the pandemic, with a view to spending less and saving more.

And the number of Australians frequently checking their superannuation balance has lifted 16 per cent since the pandemic took hold.

Ms Power said this was encouraging.

She advised anyone worried about their superannuation balance to use an online calculator to work out how much super they will need for retirement.

“They should try and contribute more to their mortgage and superannuation, making sure they’re a member of a well-performing, low member-fee fund,” he said.

CFS’s research found most Australians (70 per cent) do not plan to change their super fund.

Mr Versteege added that CFS’ findings showed how resilient Australians can be.

“This [research] also shows that more than half – or 55 per cent – of Australians are confident about retiring despite COVID-19,” he said.

“[And] 77 per cent of respondents aged 30 to 65 don’t think they will be forced to put off retirement, and that’s the Aussie spirit in my view: Very positive.”