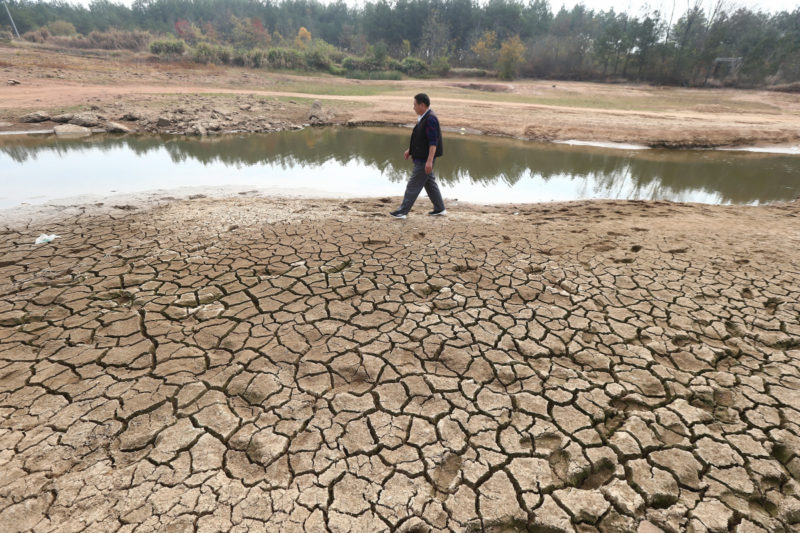 Age pensioners are being hit by a double whammy: the rising cost of living as a result of the drought, and lower pension rises because of low wage growth.

Over the 12 months to September the maximum rate of the age pension increased by 1.9 per cent to reach $24,335 a year for a single person (including allowances) and $36,582 for a couple.

Over the year to September, CPI rose 1.7 per cent.

“With the low rate of overall inflation, the age pension is only increasing at a modest rate,” said Martin Fahy, CEO of the Association of Superannuation Funds of Australia [ASFA].

“The age pension is less than what is needed to support even a modest standard of living in retirement.”

Growth in the age pension is driven by two factors: the CPI and wage increases across the general community.

But with wage growth at record lows, 2.3 per cent in the June year and 2.1 per cent the previous year, their contribution to pension increases is negligible.

That’s because only between 42.7 per cent and 27.7 per cent of the wage rise is factored in to set the pension rise.

And, if CPI is above that rate (which it presently is), then CPI is used in place of the wage growth rate.

In the past, wage growth was at between 3 per cent and 4 per cent and at that levels it contributed significantly to pension rises.

“The absence of wage growth hits pension rises, and people who have been on the pension for a number of years have been used to higher increases,” said Paul Versteege, policy manager with the Combined Pensioners and Superannuants Association.

With pension increases held down by wages, pensioners and retirees have been hit hard from another quarter, the drought.

The big dry has pushed up the costs of common foodstuffs to well above the pension rise.

That has been the result of higher feed costs on farmers as shortages of fodder and grain have driven up prices.

Another factor affecting retirees’ lifestyles has been the fall of the Australian dollar, which has slumped 5.5 per cent against the US dollar over the past year to sit at $US68.6 currently.

That has pushed up the costs of overseas travel and motor vehicles directly due to the weaker exchange rate.

It has also pushed up the cost of domestic travel and holidays because of the indirect effect of a weaker dollar in hiking the cost of imported fuels and other inputs.

What a comfortable retirement costs

ASFA’s retirement standard – which measures how much workers will need to have saved for retirement – for the September quarter had recorded an increase of 0.4 per cent for both singles and couples  living a comfortable lifestyle.

For those with a modest lifestyle the increase was 0.3 per cent.

That means that the age pension, at $24,335 for singles and $36,582 for couples, cannot deliver what ASFA describes as a modest lifestyle.

The cost of living increases for both modest and comfortable lifestyles are more or less in line with the CPI average increase for all groups of 0.5 per cent in the September quarter.

However over the year to the September quarter 2019 costs were up about 1.5 per cent for couples at both the comfortable and modest levels, compared to the 1.7 per cent increase in the all groups CPI.

That means retirees were losing ground to the CPI over the September year. When the drought and currency driven costs are added in retirees were going backwards at a noticeable rate.

“Even with inflation running at a low rate many retirees will be in retirement for 25 years or more and need to take into account future price increases and spending needs,” Dr Fahy said.

“Having sufficient savings in superannuation to support the lifestyle Australians want and deserve in retirement is an imperative. Moving to 12 per cent for the superannuation guarantee [legislated by 2025] is a necessity for those not yet retired given that many Australians still do not have substantial superannuation balances,” he said

The drought and stagnant wages are bleeding pensioners dry