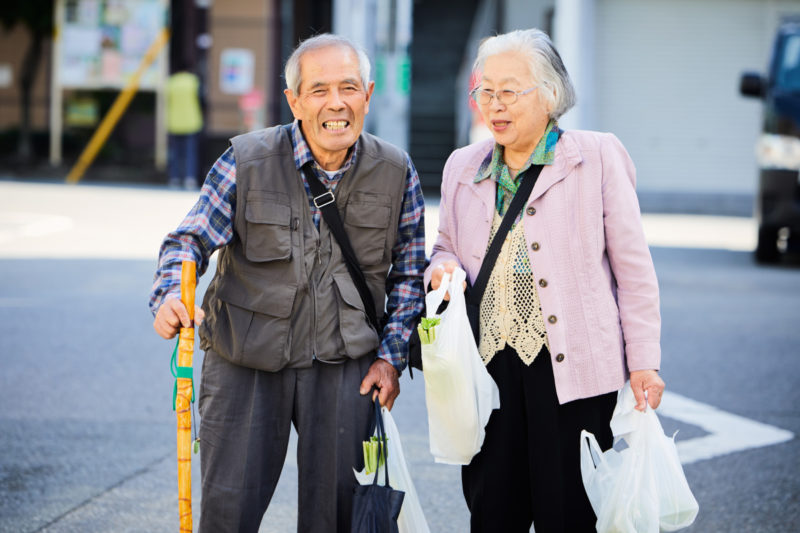 We need to look after the elderly while sticking to the strict no-touching to stave off the coronavirus. Photo: Getty

Australia needs to loosen the limits on the Age Pension assets test to allow average workers greater income in retirement, according to the Melbourne Mercer Global Pension Index (MMGPI).

In the words of the report, a worthwhile reform would be “moderating the asset test on the means-tested Age Pension to increase the net replacement rate for average-income earners”.

The ‘replacement rate’ is the amount of a worker’s final annual income that they will receive as a pension.

The index rated Australia as the third-best-performing retirement system behind the Netherlands and Denmark, gaining one rung since finishing fourth in the 2018 MMGPI.

Adequacy refers to whether the system offers enough support in retirement, sustainability refers to the ability to provide adequate support into the future, and integrity refers to regulation cost efficiency.

Despite Australia gaining ground to No.3, MMGPI found a number of deficiencies along with access to the age pensions for average-income earners.

These included the need to introduce measures that demanded some of retirement nest eggs be taken as an income stream.

MMGPI also called for measures to ensure more people stay in the workforce for longer as life expectancies rise and to increase the pension age as the retired population rises.

Rises in superannuation balances and house prices seem to have encouraged Australians to run up large household debts.

The chart below demonstrates this, showing that Australia has both high levels of pension assets and household debts. 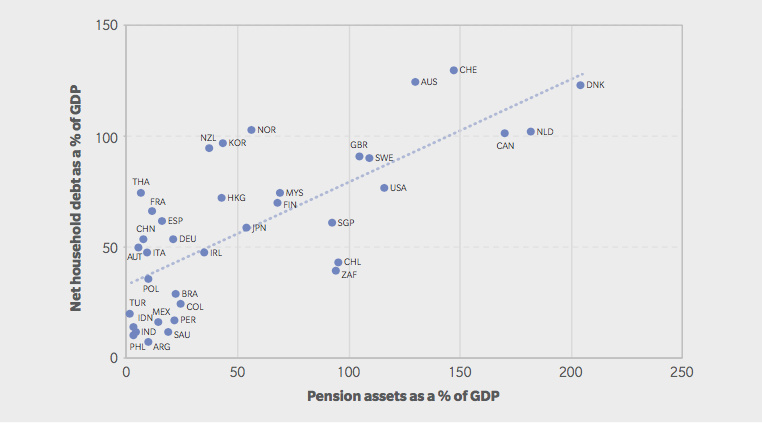 Australia’s household debt level is second only to Chile’s as a percentage of GDP, while its pension assets relative to GDP come in at No.5 behind Denmark, the Netherlands, Canada and Chile.

One of the authors of the index, Mercer partner David Knox, said the interaction of the Age Pension and the superannuation system means Australia had “high replacement levels for low-income earners”, but the situation was not as good for median-income earners.

Pension and super in conflict

However, with low interest rates and legislative changes, the pension assets test had become too stringent and was blocking people from receiving a part pension, despite the fact their assets are producing less income than an equivalent amount in the past.

“Australia has an assets test and an income test for the pension. I’d like to see that replaced with a new measure,” Mr Knox said.

Across all countries, MMGPI also found that there was a need to increase the level of savings, both inside and outside pension funds, to ensure that more people are less reliant on government in their retirements.

There was also “a need to increase the coverage of private pensions across the labour force, including the self-employed and ‘gig’ employees, to provide improved integration between various pillars of savings”.

In most jurisdictions, the MMGPI recommended reducing members’ access to their benefits before retirement to ensure the money lasts, but Australia’s tough early withdrawal rules overcome this problem.

A minimum pension should be provided to the poor that represents a reasonable percentage of average earnings in the community – Australia achieves this, Mr Knox said.

A good system should provide at least 70 per cent net (after tax) working-income replacement rate at retirement for a full-time worker on an average income – Australia falls just below this benchmark, but will achieve it as the superannuation system grows.

At least 60 per cent of accumulated retirement benefits should be taken as an income stream – Australia does not meet this standard as members can withdraw any amount they like from super as a lump sum.

At least 70 per cent of the working-age population should be members of private pension plans – Australia meets this standard.

Current pension-fund assets should be more than 100 per cent of GDP to fund future pension liabilities – Australia meets this standard.