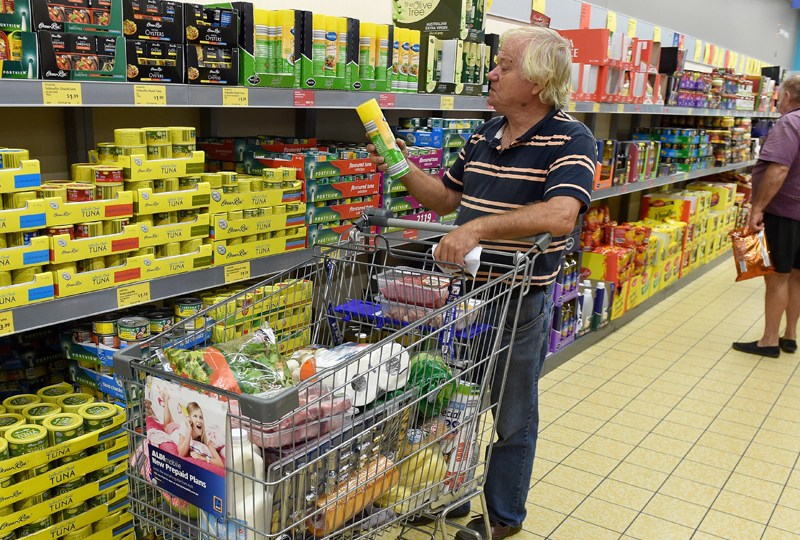 Maintaining their lifestyle will get harder for retirees as interest rates fall further. Photo: Getty

Australian retirees are struggling to maintain returns from their superannuation funds in a record low interest rate environment, industry watchers have said.

In a report on superannuation returns for September 2019, SuperRatings found that funds in pension mode performed reasonably well in the month, returning 0.6 per cent.

Over a year they had turned in a credible performance with returns of 6.9 per cent.

However, as global interest rates continue to weaken paying out adequate pensions to retirees is getting harder.

“The low rate environment is making it challenging for super funds to deliver income to those in the retirement phase,” SuperRatings found.

Low rates are much more challenging for funds in pension mode than those in accumulation because they require steady income to make monthly payments to retirees.

That generally means they move to more conservative allocations that rely more on bonds and cash for income.

Weakening rates are making that a harder way to earn the sorts of incomes retirees expect.

“The RBA’s interest rate cut last week brings the cash rate to a new record low of 0.75 per cent and has pulled longer-term rates down with it,” said SuperRatings Executive Director Kirby Rappell. 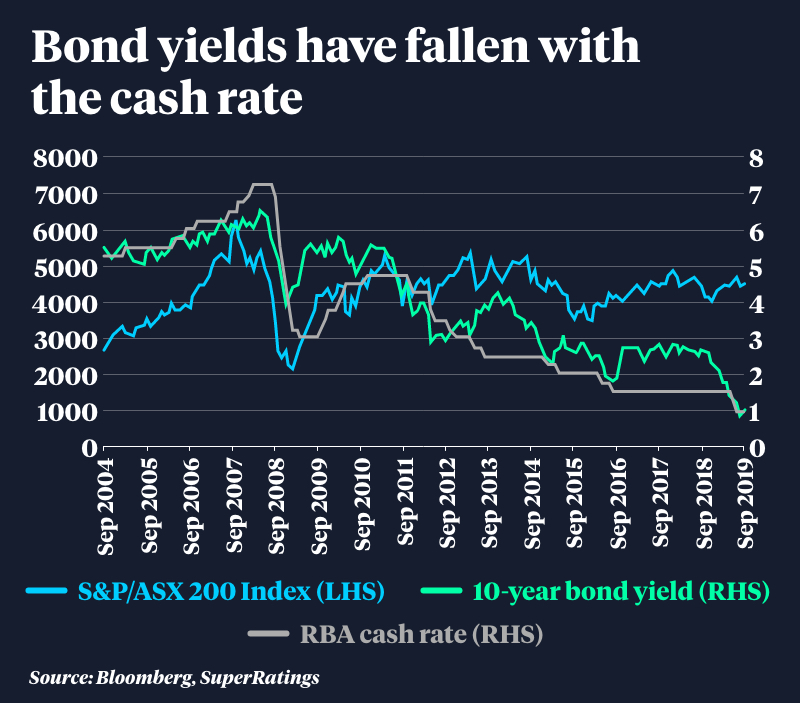 Conservative funds have been able to earn good returns in recent times because as interest rates fall, older bonds with higher interest rates become more valuable. That has given them capital gains to back up any shortfall in interest income.

However if rates bottom now or after one more RBA cash rate cut, that stream of bond market capital gains will dry up making it hard to keep income up to retirees.

“It’s a very challenging time with funds asking ‘how do you get good  yields’ and there’s no real answer to that,” Mr Rappell said.

The drying up of interest income is causing huge problems for pension funds in Europe where rates have gone negative.

So worried are the managers of Denmark’s $US440 billion ($A652 billion) pension system that they are calling for a change in the way funds calculate their liabilities.

Henrik Munck, a senior consultant at Insurance & Pension Denmark, said allowing the current system to continue “could cause a negative spiral” that forces funds to keep buying low-risk assets, drive yields lower and the value of liabilities even higher,” Malaysia’s Star Online has reported.

So dire has the situation become that Danish funds which have promised to pay retirees rates of 4.5 per cent are selling assets and using equity to meet their obligations.

Australian funds are overwhelmingly defined contribution so they have not been as badly affected as their European defined benefit counterparts.

Defined contribution funds win out in two ways in a low interest environment.

They are not committed to paying a set amount to members and because of that they are not bound to hold high levels of fixed interest and cash to meet those commitments. That in turn means they can hold more in higher growth assets like shares that return more over time and makes it far less likely they would find themselves in the same situation as the Danish system.

However Australian funds, while relatively better off, are having to find other investments in a low rate environment.

“With interest rates so low, the hunt for yield is intensifying and is likely to become more of a challenge for super funds going forward,” Mr Rappell said.

Any sustained weakness in bank and resources shares, which together make up more than 50 per cent of market capitalisation, could see super funds face a downward spiral in asset bases like their European counterparts now, he said.

“APRA (the Australian Prudential Regulation Authority) need to be keeping an eye on that,” Dr Anthony said.

Superannuation pensions are under pressure with record low interest yields