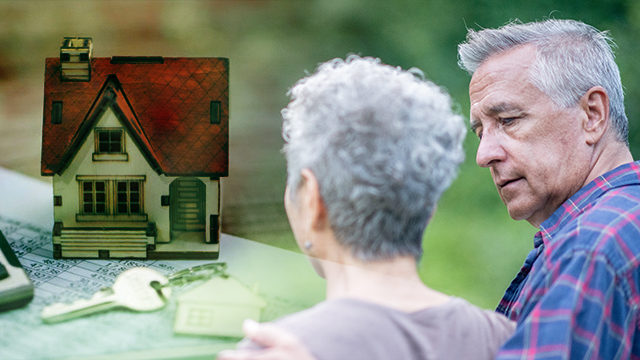 Home ownership is moving away from many retirees.

The review, which was announced by Treasurer Josh Frydenberg last Friday, follows a report into the superannuation system by the Productivity Commission last year.

It will examine the current state of the retirement system and “how it will perform in the future as Australians live longer and the population ages”, Mr Frydenberg said.

Declining home ownership was the major driver of inequalities in retirement and reform in the area was fundamental to repairing the system, said National Seniors Australia chief advocate Ian Henschke.

“The pension system is built on home ownership, but we are seeing it decline dramatically,” Mr Henschke said.

“Around the turn of the century 85 per cent of retirees owned their own home. It’s fallen to 75 per cent now and will be 57 per cent in 2050 according to Rice Warner.

“One-third of women on the age pension live in poverty and it’s about 25 per cent overall. That is happening because the pension system assumes people live in their own house or pubic housing and are not paying ridiculous rents.”

Ian Yates, CEO of the Council on the Ageing (COTA), agreed housing reform was vital through an increase in the rental allowance for those in the private rental market.

“The maximum level of rental assistance could be increased by 40 per cent without hitting the budget too hard as that would not go to everyone, just those on the maximum level,” Mr Yates said.

The interaction between the pension system and superannuation or other private savings needed to be reviewed as changes from January 2017 had made it highly inequitable.

The changes saw the “taper rate” – at which pension payments reduce once an asset threshold is reached – double from $1.50 to $3 per fortnight for each $1000 above the threshold. 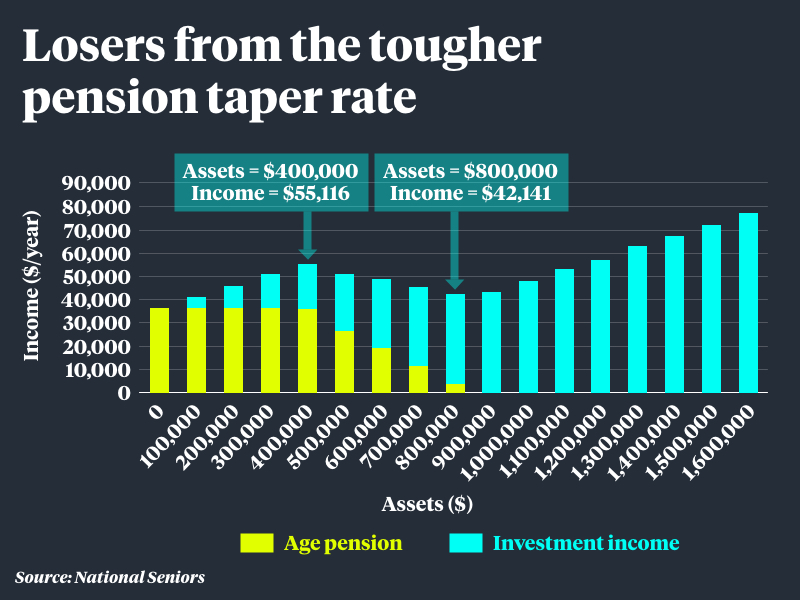 As this chart shows, a couple with $400,000 saved would be $1000 a month better off than a couple who had saved $800,000 when the effects of pension payments and investment income are considered.

“That is an incentive for people to get rid of assets in retirement, which is nonsensical,” Mr Henschke said.

Moving the taper rate back to its original $1.50 rate or adopting a rate of $2 would dramatically reduce the falloff of government support over the assets threshold, as the chart below demonstrates. 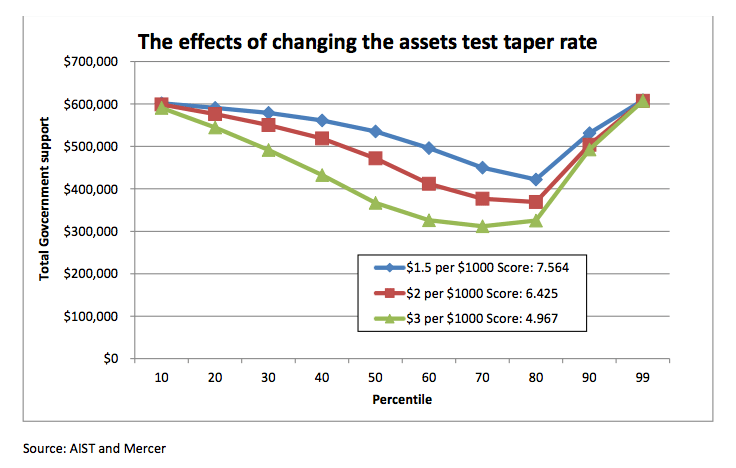 The high rates of poverty for pensioner women – along with the fact that in  2017, the median super balance for women aged 60 to 64 was $36,000 while for men it was $110,000 – demands addressing through the superannuation system, Mr Yates said.

“We need to address gender and other inequalities by creating a situation where someone – employers or the government – makes more contributions to super” when women or other disadvantaged groups are out of the workforce due to caring duties or unemployment.

Rising life expectancy and an ageing population mean the challenge of rising aged care costs needed to be tackled.

“The review needs to look at different scenarios (for aged care funding) as well as encouraging people to plan for it,” Mr Yates said.

“In Japan they have a system where above a certain age people pay a levy, like the Medicare levy, for aged care. You could also decide that if the superannuation guarantee is increased (from 9.5 per cent), the extra payments could be allocated to an aged-care pool,” Mr Yates said.

“I see the retirement system as an ecosystem that includes a permanent job, home ownership and superannuation. If any part of that is missing or weakened, then the system breaks down,” Mr Henschke said.

A number of other countries have universal pension systems that allow people to get government support with higher levels of investment income than Australia does.

“Another option could be for Australia to have a universal part-pension,” Mr Henschke said.