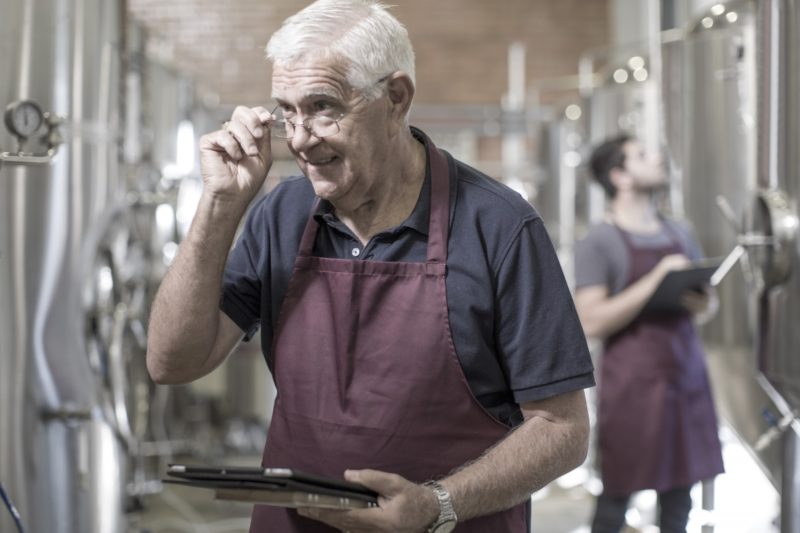 The government wants you to keep working till you're 70. Photo: Getty

Australians born in or after 1966 got a rude shock at the weekend when Social Services Minister Christian Porter confirmed the Turnbull government will push out the eligibility trigger for the age pension to 70 by 2035.

The measure, first flagged in then treasurer Joe Hockey’s 2014 budget, was expected to be scrapped with other so-called ‘zombie’ measures from the era.

However, Mr Porter confirmed it was back on the agenda on Sunday, saying “subject to legislation, we are proposing to progressively increase the age pension age … from 67 to 70 years, over 10 years from 2025 to 2035”.

Labor first introduced higher pension ages as a response to an ageing population, with a measure lifting it by six months every two years, from July 1, 2017 and reaching 67 in July 2023. That measure was cushioned by a one-off pension increase and Labor opposes a further rise.

“We’ve opposed it for three years and we’d never vote for it, ” said a spokesman for Shadow Social Services Minister Jenny Macklin.

“This proposal was first put forward by the National Commission of Audit (chaired by Tony Shepherd) in 2014 for introduction in 2053. The government now says it wants to do it by 2035, that’s 18 years earlier making it a much more radical proposal,” Ms Macklin’s spokesman said.

Cassandra Goldie, CEO of the Australian Council of Social Services, said the move would mean unemployed older workers would be pushed onto Newstart benefits which are far lower than the pension until they were 70.

“We will consequently see a rise in poverty among the over 65s. There should be no consideration of lifting the age pension age until the government makes Newstart adequate and fully addresses age discrimination in the workplace, as well as the lack of jobs across the country,” Dr Goldie said.

“It’s unreasonable. They don’t say what people who lose their jobs before they’re 70 and can’t get another one will do,” said Paul Versteege, policy coordinator with the Combined Pensioners and Superannuants Association.

The move could threaten the superannuation of older people with small balances who become unemployed.

“They would have to keep their super in accumulation phase and feed out little bits as they need it. If they put it in pension mode it could threaten their Newstart rights under the assets test, but people don’t understand that,” he said.

The move would have particular consequences for women, said Sandra Buckley, CEO of Women in Superannuation.

“It is predominately women who earn less than $37,000 and who have low super balances,” Ms Buckley said.

“Women are consistently being paid less and earning less than men over their lifetime so once again, they will be penalised in later life for the gender pay and super gaps that are proving to be extremely difficult to overcome.”

Mr Porter said by 2054/55, the number of Australians aged over 65 will more than double to 8.9 million, representing about one-fifth of the total population and placing “enormous strain” on the age pension system. The cost to taxpayers of the age pension would rise from $39.5 billion in 2013/14 to $72.3 billion in 2023/24.

As the measure is rolled out, the government expects it to raise $3.6 billion between 2025 and 2029 and more in later years.

Shifting the access to the age pension to 70 is a “blunt policy tool” that fails to consider the needs of manual workers, said David Atkin, CEO of building industry super fund Cbus. “Our members simply can’t keep doing these physically demanding jobs until they’re 70.”

‘Work till you’re 70’: the Abbott-era measure the Turnbull government is now backing