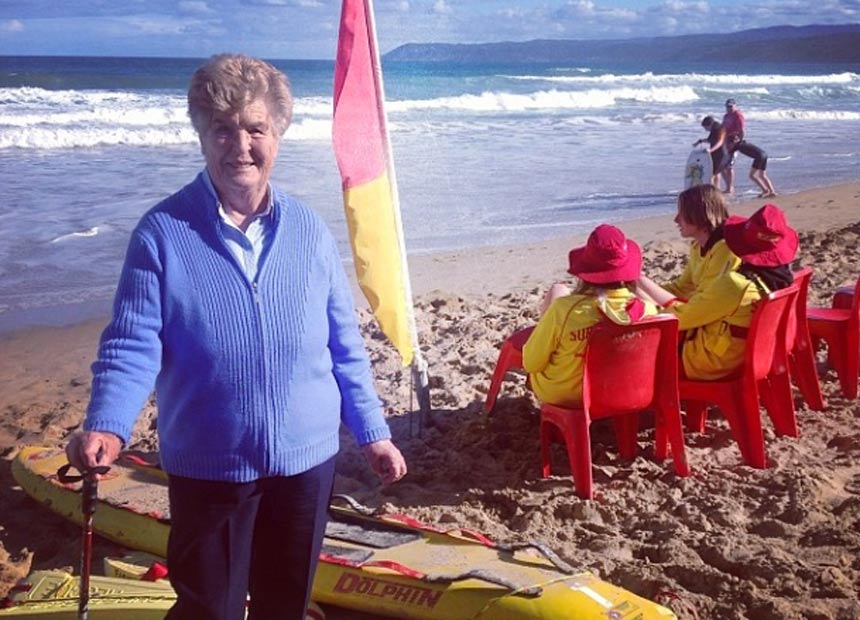 It’s easy, if not instinctual, to equate the concept of retirement with visuals of recliners, golf and endless bingo games.

However, as our collective life expectancy increases so too do our expectations for our golden years.

• The six retirement mistakes you can’t afford to make

Jill Weeks, co-author of Retire Bizzi, says more and more Australians are refusing to take themselves out of the game.

“A lot of people don’t want to retire as such,” Ms Weeks says.

“When you think of the ‘r’ word it means to recline, to leave or to recede and a lot of people certainly aren’t doing that. They have hobbies and interests and plans out from the two-year honeymoon period.”

In fact, after the initial requisite leisure time, a lot of retirees are craving more than relaxation.

“They’ll have all different things like part-time work, voluntary work, family activities and travel to avoid having lopsided leisure.” At 94, Fred Hyde has no family, but often jokes that he is grandfather to over 12,000 children.

A World War Two veteran, Mr Hyde spends six months of every year selflessly working to improve the plight of children in Bangladesh.

“I’d been to India on a number of occasions and I was going back as a volunteer to work on an irrigation project there in 1980,” Mr Hyde recalls.

“On the way through I was asked to check on a farm in Bangladesh attached to an orphanage costing them money instead of making them money.”

His passion for the country lead him to found Co-operation in Development, an organisation which has since built 45 schools and educated thousands of underprivileged children.

The former owner of a small engineering business, Mr Hyde now spends all of his spare time overseeing the project in Bangladesh.

“I’m constantly on the go,” he says, adding that his students have a 100 per cent pass rate on their scholarship exams.

“It’s not like here where every child goes to school. Therefore the 300 children you see sitting in your school are 300 children who want to study, who are very keen. The people are extremely intelligent.”

As for whether he’ll ever slow down, the Australian of the Year nominee says he still has some work to do.

“I often think I should have slowed down a long time back,” Mr Hyde laughs.

“I need someone to take over. One Australian over there is needed but we want the right person.” Grandmother Janet Knee has the kind of social media following most members of Gen Y could only dream about.

With more than 1000 Instagram followers, Mrs Knee’s photos get hundreds of likes and are inundated with comments from adoring fans.

“My Grandchildren put me onto it last Christmas,” Mrs Knee explains.

“I thought well, I will try to learn this because I like to keep up with the young people, I like to know the jargon.

“I think the first time I used it I accidentally took a photo of my feet.”

Since then, Mrs Knee’s skills have grown considerably. She can use hashtags, add filters and decorate her images using apps – not to mention her impressive selfie skills.

“My first selfie was at a 90th birthday and I had some shoes and I thought I’ll take a photo of my shoes and I took myself instead!” Mrs Knee laughs.

The former charity worker and probation officer uses the app to keep in touch with her eight grandchildren while her less tech-savvy friends and family look on.

“But he thinks it’s good I get an ego boost!” Mary Jones and her husband Howard had been travelling through Australia for three years before they grew tired of the nomadic lifestyle and craved something deeper.

After noticing an ad at their local church, the Joneses applied for Outback Links, a program that places volunteers with rural families to help them with daily tasks.

“I’ve always been fascinated with why people live where they live and what it feels like,” Mrs Jones, 68, says.

“This gave us an opportunity to do that.”

For the past five years, the pair have spent six months a year hopping from property to property, doing two week stints working on the farm.

The work is intense and often in difficult conditions like extreme heat.

Mrs Jones, a former teacher, helps the children with their school work, does sewing and mending and cooks and cleans, while Mr Jones, 75, puts his experience as a handyman to good use.

The work is challenging and rewarding for both the Joneses and the families they visit.

Mrs Jones says families often open up to her and share their struggles as a way of coping.

“Some people have never had people help them so they feel uncomfortable asking,” Mrs Jones says.

“There’s been a couple of placements where you can feel the stress that’s there because of sickness or financial situations but by their second week I can feel them calming down.”

The pair split their time between their caravan travel and their eleven grandchildren. While Mrs Jones admits they often take time off to “have a rest”, it’s not long before they hit the road again.

“We’re quietly doing things but it’s having a big impact,” she says.

“We feel enriched by being there.”