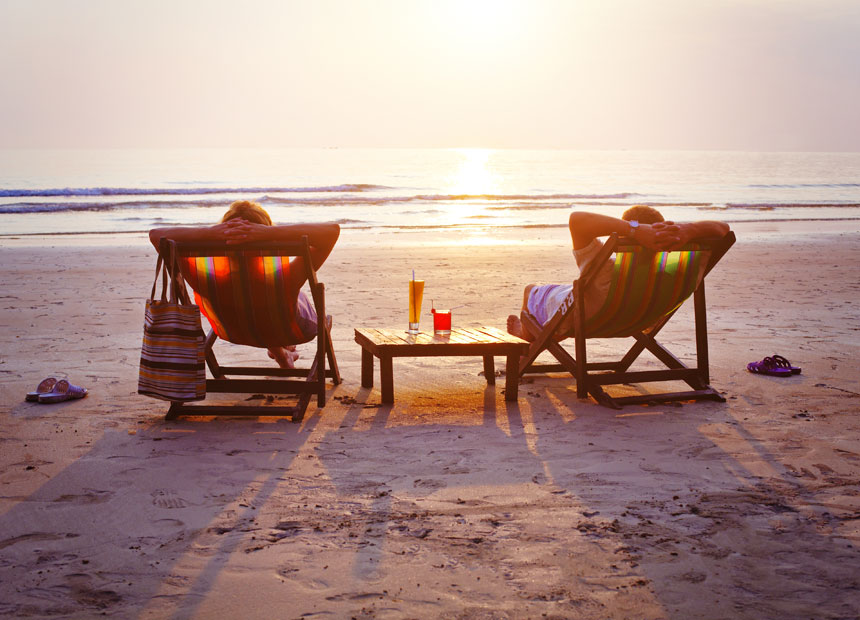 Our retirement years should be a smorgasbord of beach holidays, newfound hobbies and social gatherings with other superannuated types.

But according to Chief Executive of National Seniors Australia, Michael O’Neill, retirement does not always turn out the way many people planned.

“I am amazed at how many times I am told by people, ‘I have never been busier’,” he says.

“There is a real need for people to find some kind of balance.”

The New Daily asked the experts about the commonly unrealised dreams of retirees, and how to ensure yours do not end up on the scrap heap.

Oh, the places we will go. Many of us dream of uninterrupted globe-trotting, but according to Scott Haywood of the thefinanceguru.com.au website, reality often gets in the way.

“People are shocked when they realise how much money they need for retirement,” he says.

“The cost of living is much higher for older people as they feel the 10 per cent increase in utilities and food prices hardest because it is not offset by cheaper phones or technology as they are less likely to use those.”

They may also find international travel more stressful than they realised — what with delays, tiresome stop-overs and large crowds — and opt instead for domestic adventures or structured cruises.

“This is especially the case in couples, as one person is often less willing to put up with the hassle of international travel when it comes down to it,” says Mr Haywood.

Volunteering or writing a memoir are common dreams among retirees, but Mr O’Neill says they can be thrown out the window by the arrival of grandchildren.

“Many grandparents are happy to take a role in caring for their grandchildren, but often there is an assumption that they will be there whenever they are needed,” he says.

“And we have the situation where often retired folk have trouble saying they are too busy to help out and they feel they can’t say ‘no’.”

Mr O’Neill says retiring baby boomers are fitter and healthier than previous generations and want to make good use of their skills and energy.

“They have different expectations and a great sense of their own freedom, which needs to be balanced with caring for grandchildren,” he notes.

Time to think (or scratch yourself)

It’s natural to indulge retirement fantasies of idle hours on the banana lounge, especially while we are still working long hours in an office.

But give it three weeks, according to Mr Haywood, and most people will be itching for something to do.

“Doing very little is one of those dreams that changes not long after people retire,” he says.

“Often in couples, too, they are not used to spending so much time together in the house and they start driving each other crazy.”
Children are often responsible for thwarting down time, too.

“One of the children will get laid off and move home or they will have to support the kids in some way, and that often puts a dent in their retirement plans,” says Mr Haywood.

“I see that a lot these days.”

There are ways to ensure you achieve more of your retirement goals.

“You need to have a very clear picture of what your life will look like when you retire and work towards it,” says Mr O’Neill.

“The psychological shift is as great as the financial one. If you want to be involved in volunteering when you retire, start getting those structures in place while you are working.”

Mr Haywood says in addition to topping up super, workers should ensure they retire into a job they like.

“That way you could also become a mentor for someone or dabble in some consulting,” he says.

“We have an $18,000 tax-free threshold so it can be a way to top up savings while keeping you engaged doing something you enjoy.”

Dream on: how to get the most out of life after work