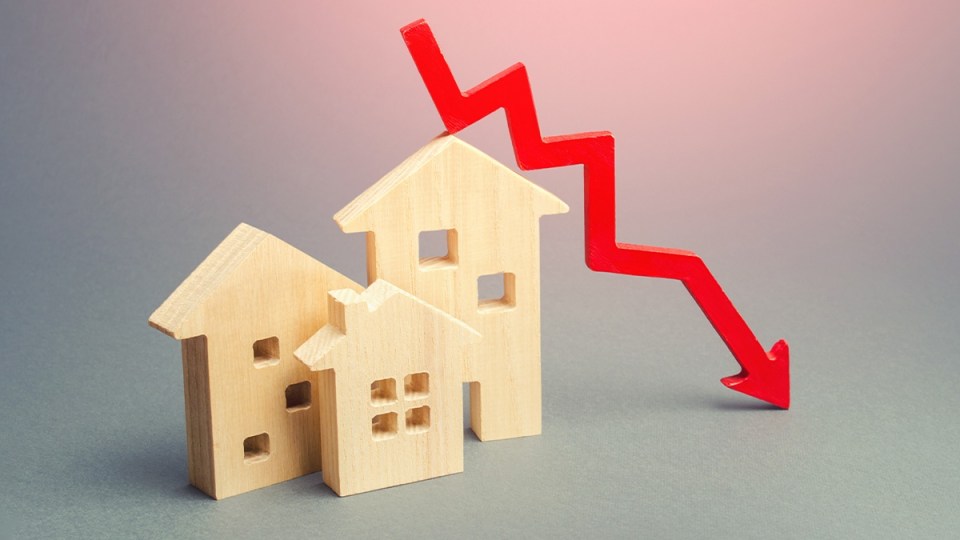 Banks predict property prices will plunge over the next 18 months, but other experts disagree. Photo: TND

Australians must brace for the worst housing correction on record as rising interest rates and recession fears strangle the property market.

That’s the latest warning from the big banks, which are now predicting that most of the gains booked during the pandemic house price boom will be erased over the next two years.

National Australia Bank (NAB) said this week that house prices could plunge more than 20 per cent over the next 18 months in Melbourne and Sydney, and by 17.7 per cent across the entire nation.

Economists at Commonwealth Bank, meanwhile, have predicted national average prices will drop 14 per cent by 2023.

Fears about rising interest rates and the inflation they are designed to fight are driving the gloomy outlook, with buyers expected to exit the market in response to higher borrowing costs.

Prices have already started falling in major capitals over the past two months: The latest data released on Friday showed a 0.8 per cent fall in capital city property prices in June.

But some analysts disagree with the forecasts from Australia’s largest lenders, suggesting that the fundamentals underlying the housing market are still strong and that prices won’t fall as much as feared.

“We’re in a period where the fear factor is driving markets,” veteran housing economist Andrew Wilson told The New Daily.

“But we will get to a point where the value proposition in the market attracts buyers back.”

The major banks’ forecasts are so grim they imply a recession is on the horizon.

That’s because Australia’s largest-ever peak-to-trough house price plunge was a total of 9.9 per cent – between December 2017 and June 2019.

There was no recession then, but today NAB is forecasting price falls almost double that figure.

Timothy Hibbert, head of property and building forecasting at BIS Oxford Economics, said such a large fall in property prices would likely trigger a recession, or be the result of one.

“It’s difficult to see it occurring without a recession,” he said of NAB’s forecast.

Mr Hibbert disagrees with NAB, predicting property price falls will be contained to about 9 per cent nationally by 2023.

He said that matches up with the historical precedent for housing downturns in Australia.

“We’re starting from a position of extreme tightness in the rental market, and generally an undersupply of housing,” Mr Hibbert said.

“We don’t have a massive oversupply of housing that can facilitate higher [price] falls.”

NAB chief economist Alan Oster explained the bank’s outlook on Thursday, saying it was based on the upwards trajectory for official interest rates.

“In historical context, this would be a very large fall in nominal terms, but is expected to occur alongside a relatively steep increase in interest rates and comes after a 25 per cent increase in prices through the pandemic alone,” he said.

“We do not expect a disorderly decline in prices with revaluation coming through higher interest rates and lower borrowing power.”

Dr Wilson – who predicts a price decline in the 8 to 9 per cent range – said such gloomy predictions for the property market risk becoming a self-fulfilling prophecy.

Dr Wilson said fears about the future are pushing buyers and sellers to “sit on their hands” in winter, causing prices to fall faster than otherwise.

But he predicts that strong market fundamentals will soon begin to attract buyers again.

“The economy remains strong, incomes are rising, the wealth effect is still quite positive – and borders are opening, resuming mass migration,” he said.

“There will be a gradual catching of negative fever, but then the value opportunities will start to realign the market.”

Dr Wilson said the biggest factor weighing on the property market is the future of interest rates, with the RBA widely predicted to pass through another 0.5 percentage point hike next week.