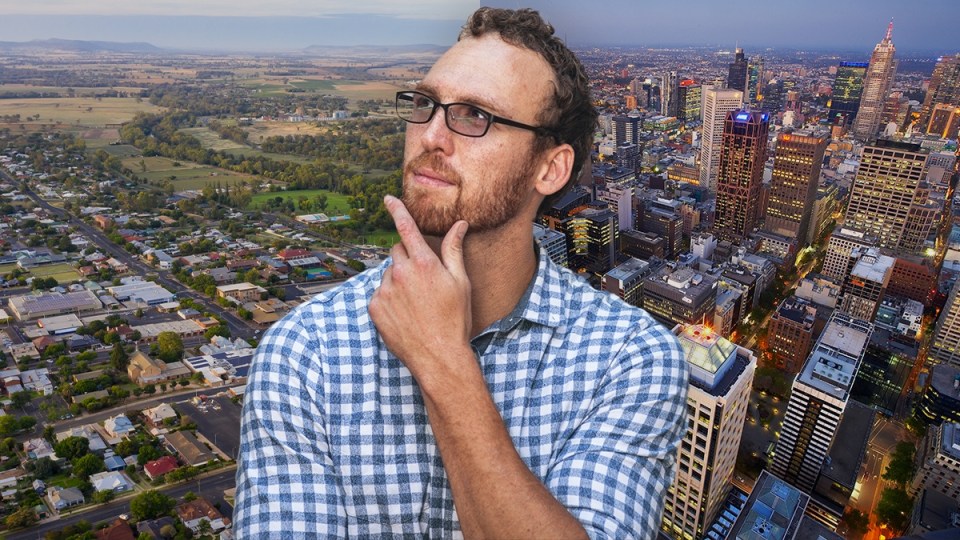 In the year to March, millennials (24- to 40-year-olds) and Gen X (40- to 56-year-olds) accounted for the largest proportion of movers to the highest-growth regional areas, a new CBA and Regional Australia Institute report shows.

Three of the five local government areas seeing the largest influx of new residents are in South Australia, with the remaining two in Victoria and Queensland.

The regions are providing a refuge for city dwellers fed up with traffic jams and limited access to nature. But the mass exodus also has its downsides.

Greater demand for housing has led to skyrocketing rents and house prices in regional communities and heaped pressure on already strained local infrastructure.

Stay-at-home mum Toni Campbell, 41, counts herself lucky that her former home in Kingston (in the City of Logan, in south-east Queensland) escaped this year’s devastating floods unscathed.

But an hour-long school run each way, concerns with the quality of education at local schools, and a lack of space drove the mum of two to search for a new “forever home” in a regional area.

In April, the family settled on a property with an acre (0.2 hectare) of land at Dalby, in Queensland’s Western Downs LGA.

“We’d been talking about it for years – that there’s just too much stress living in the city,” Ms Campbell said.

“The whole family has just de-stressed from the move. Things are so much calmer.

“It’s just been a blessing for us.”

The report found the biggest outflows of residents were from the major cities of Sydney and Melbourne, with most people heading to regional New South Wales, South Australia, Queensland and Victoria.

Real estate agents across the regions listed in the report backed up the findings, describing an uptick in the number of young professionals making their homes in regional communities.

McFall Real Estate sales agent Caine Hunter operates at Ballan, a small town in the Victorian LGA of Moorabool that is mentioned in the report.

He said people leaving Melbourne account for about 90 per cent of his sales, with the hour-long public transport commute failing to deter workers who are only in the office for a few days every week.

Emily Rayner, sales consultant at Mount Gambier-based Gebhardts Real Estate, said the rental and sales market have taken off in the small South Australian city since the start of the pandemic.

“A lot of people have been making the move because they can actually buy a home, get settled, still send their kids to good schools and … there’s plenty of regional shopping available here,” she said.

Donna Cook, residential sales agent with Elders Real Estate Dalby, has also experienced a jump in demand from people living outside the town.

She said most of her sales before the pandemic were from people who already lived in Dalby, or who were related to local residents.

But buyers from Sydney, Brisbane and Queensland’s coast – like Ms Campbell’s family – are now accounting for a growing share of business.

Full consequences yet to be seen

Real estate agents told The New Daily the influx of new residents had driven up rents and house prices in regional towns and cities.

Ms Rayner said the number of properties listed for sale in Mount Gambier – and their time spent on the market – had also decreased.

“Before COVID, at any given time we’d normally see anywhere between 700 to 900 properties on the market, and our average [time] on market was over a year,” she said.

“Whereas now, properties only are sitting there for a week or two, and we only have maybe 80 properties for sale at any given time.

During the first year of the pandemic, regional house prices rose faster than capital city prices for the first time since 2004, as people fled lockdowns and searched for more space.

A succession of interest rate cuts, government incentives and a faster-than-expected economic recovery then pushed prices higher in 2021.

At the end of April, capital city values were up 14.6 per cent on the year before while regional prices were up 23.9 per cent, according to CoreLogic.

KPMG demographic expert Terry Rawnsley said surging house prices were unlikely to be the only negative effect of the pandemic-induced escape to the country.

He expects small regional areas to experience some “growing pains” as the influx of new residents puts infrastructure through its paces.

“Regional schools, child care, a lot of that social infrastructure’s probably going to be under pressure in these regional communities,” he said.

“You get the negative impacts of the population growth.

“Over the next 12 or 24 months, you might start to see some clear winners and losers in that kind of regional population market.”