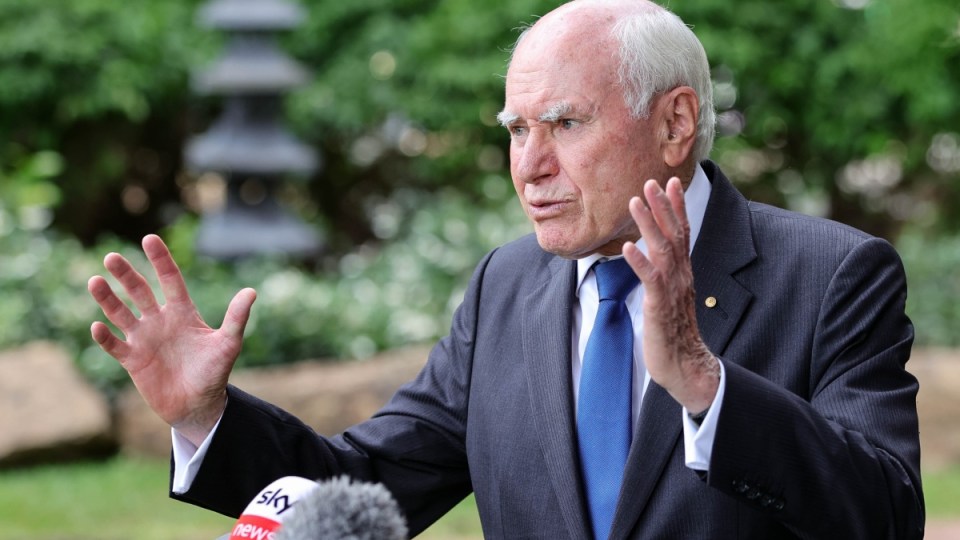 Ex-prime minister John Howard says he doesn’t accept there is a housing crisis in Australia.

The former Liberal leader campaigned in the Brisbane seat of Ryan on Thursday ahead of the May 21 election.

Mr Howard told reporters a day after the largest spike in inflation in more than 20 years he could not remember an election campaign where cost of living was not an issue.

He would not speculate on whether inflation would force the Reserve Bank to lift interest rates for the first time in 12 years.

But asked about the growing pressure on home buyers, he said: “I don’t accept there is a housing crisis.”

“The cost of housing in this country is much higher than we would like, but a lot of the reasons for housing being expensive in Australia has been baked into the system over the years.

“And may I say, because of planning and other decisions made by state and local governments to push up the cost of housing.”

He said the Morrison government was best placed to manage the economy.

But he said Australians had been making wise decisions about their finances, in line with strong economic management by the government.

“The amount of capital, of finance, sitting on Australians’ household balance sheets and business balance sheets today is almost unprecedented,” he said.

“And they’ve done that because they’ve been wise, and we’ve been wise stewards of taxpayers’ money as well to ensure our economy is set up to perform in a very, very challenging environment.”

More could be done for struggling families

Shadow treasurer Jim Chalmers said a balance needed to be struck in housing policy to ensure it did not put pressure on prices, but more could be done to help struggling families.

“We’ve been supportive about helping people into the housing market,” he told reporters in Sydney.

“But it is a much broader story than the government’s proposals.

“But these interest rate rises will hurt and Scott Morrison – who takes credit when the economy’s going well – won’t take responsibility for the fact that a decade now of attacks on real wages in this country make it harder for people to meet what will be the rising costs of their mortgage.”

A study by Anglicare released on Thursday found that of 45,000 properties across Australia, only seven were affordable for a person on the JobSeeker payment and less than one per cent were affordable for those on the disability support or age pension.

One Nation leader Pauline Hanson nominated the “housing crisis” as one of the reasons behind her preferencing against the Liberal Party in key seats.

Only seven rental properties are affordable for singles on JobSeeker: Study
Today's Stories