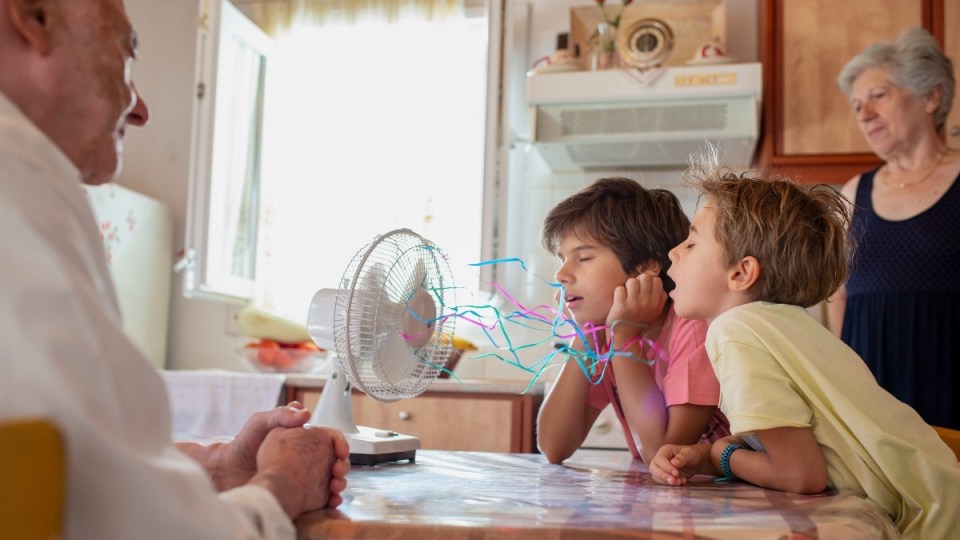 Australian renters are suffering from poor sleep and difficulties working as they swelter in “unhealthy temperatures” for hours every day, according to a new report.

Tenancy advocacy organisation Better Renting tracked the indoor temperatures of 50 rental homes across Australia at regular intervals from December 1, 2021 to February 22, 2022 and found the homes were above the recommended safe temperature of 25 degrees for an average of more than nine hours a day.

Every one in six days, the homes reached 30 degrees or higher.

Renters said the stifling temperatures regularly kept them up at night and meant they were too uncomfortable to work at home, leading to stress and poor mental health.

One of the report’s ‘renter-researchers’, New South Wales resident Karen, said her son resorted to sleeping on the tiled floor of their kitchen at night, as his bedroom retained too much heat from the afternoon sun.

Renters left to fend for themselves

Kayla works for a not-for-profit housing peak body, but is also living through the housing issues she’s working to fix.

After moving into an old house in Orange, New South Wales, last year with her partner and cat, Kayla discovered the property had no insulation, causing the walls to radiate heat on warmer days.

She spent more money on takeaways because the kitchen was too hot to cook in, and socialised less in the mornings and evenings so that she could be at home to open her doors and windows to let in some cooler air.

The house has no air-conditioner and only one ceiling fan in the bedroom.

And Kayla also struggles to open some of her windows, because they either don’t have fly screens, or were painted shut as a quick fix for an ongoing mould issue made worse by the heat.

“This summer we’ve got a little portable evaporative cooler but on really humid days, there’s not much you can do,” she said.

“If you can’t open the windows, and if you can’t run a refrigerative aircon or something, you just sit there and stew in your own sweat.”

To make matters worse, Kayla says her landlord is “not interested” in fixing the mould or insulation problems, and she asked The New Daily not to use her last name because she fears she could be evicted for speaking out.

Her struggles with a lack of insulation and an unhelpful landlord were common themes among the renters participating in the research.

But with a national rental vacancy rate of just 1.1 per cent, she said people are being told to feel grateful just for having a roof over their heads, despite all the problems their property might have.

Better Renting’s report shows both new and old properties poorly regulate indoor temperatures, regardless of whether an air-conditioner is installed.

This means millions of households could be left to bake in high temperatures, with data from the Australian Institute of Health and Welfare showing that 32 per cent of Australians are renters.

Mr Dignam said “that’s a huge number of people who can’t install ceiling insulation, put in a ceiling fan, or set up air-conditioning.

Australian Council of Social Service CEO Cassandra Goldie said poor energy efficiency means millions of people on low incomes, especially renters, are “getting sick or dying” because they can’t afford energy bills and are unable to install measures to keep their homes cool in summer.

But the Better Renting report recommends the NCC should increase the minimum NatHERS rating requirement to 7-stars for new homes.

“We are really interested in setting minimum health and safety standards for rental properties, because we need to make sure these homes are going to keep people in healthy temperatures, particularly as summers get hotter,” Mr Dignam said.

He said state and territory governments need to look into what can be done to better regulate homes’ temperatures.

Changes that could help range from updating building standards to better urban planning that incorporates more trees, water spaces, and cool-coloured roofs to help cities keep a lid on temperatures.

The Better Renting report shows a dwelling in ‘micro-climates’ (such as urbanised areas with no parks, street-shade, or nearby water) has more cooling needs than the same dwelling, in the same climate zone, that is surrounded by local cooling sources.

“People who rent should have a right to live in healthy homes that are affordable to cool,” Ms Goldie said.

“With summers expected to be hotter because of climate change, we urgently need all states and territories to commit to legally enforceable energy-efficiency standards that require property investors to make rental properties habitable and safe.”