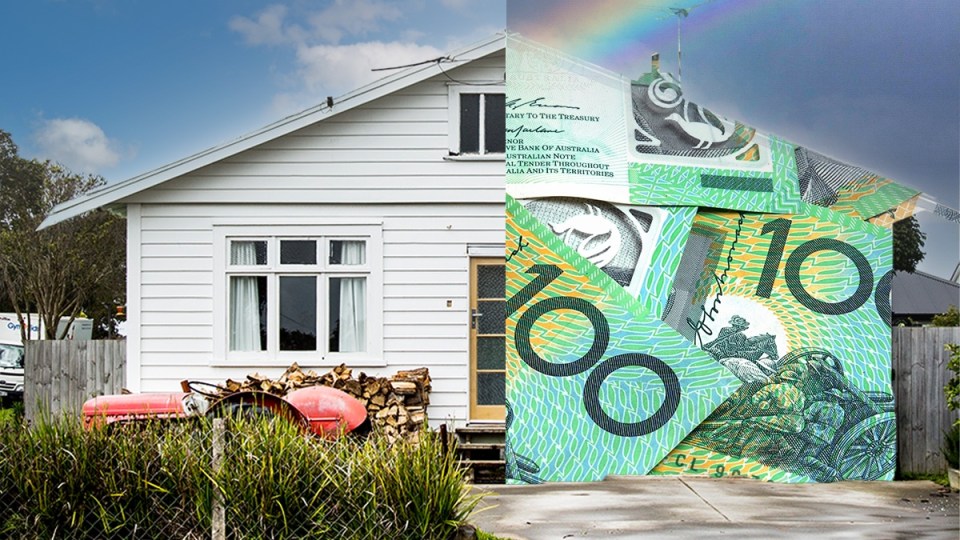 The collective value of residential housing in Australia jumped by $2 trillion in just one year. Photo: TND

Home owners are being urged to revalue their properties after new data revealed a massive surge in housing wealth over the past year.

The Australian Bureau of Statistics said on Tuesday that the value of Australia’s property portfolio skyrocketed to $9.9 trillion in 2021, driven by a record-shattering 23.7 per cent annual rise in property prices.

The collective wealth of home owners increased by $2 trillion in just one year alone – a sum 30 per cent larger than the annual output of the entire Australian economy.

Financial experts are consequently advising Australians to revalue their property to cash in on these paper gains, with the potential for a cheaper mortgage.

Doing so could save home owners anywhere from hundreds to thousands of dollars a year.

“It’s a time where you can utilise the equity you’ve built up to invest,” Mr Robertson said.

It’s difficult to underestimate the extent to which housing wealth has increased during the pandemic.

Before COVID-19, the ABS valued Australia’s residential property at $7.1 trillion.

To put it another way, the growth in property wealth in the past two years is higher than all the gains over the decade before COVID-19 (2010-2019) combined.

None of this should be a surprise, given the 23.7 per cent rise in housing prices over 2021 amid record-low interest rates.

But it’s very much a rich-getting-richer story, with aspiring home owners continuing to be priced out of the market, according to recent REIA data.

People who can get a loan are taking on more debt too, with Australian Prudential Regulatory Authority (APRA) figures on Tuesday revealing  debt-to-income ratios above 6 per cent now account for almost a quarter of new loans – up 7.1 percentage points between 2020 and 2021.

How home owners can cash in

Wealth inequality is getting worse nationwide, but that doesn’t mean you can’t cash in on higher property prices if you do own a house.

Mr Robertson said home owners should seek out a valuation on their property to determine how much they’ve gained from the latest boom.

Once you’ve received an updated – and likely higher – valuation, you’ll be in a better position to approach your lender for a better home loan.

Angus Gilfillan, CEO of mortgage brokerage Finspo, said home owners could save up to $1000 each year by refinancing their loan.

Mr Gilfillan said home owners should check their current mortgage rate and then speak to a broker about getting a new valuation before searching the market for the best home loan.

“When your property goes up, it means the riskiness of your loan to the bank goes down because you have a higher equity position,” he said.

“That means the bank will give you a lower mortgage price if you ask.”

It’s important to act quickly, because interest rates will start rising before too long and, according to major banks, property prices will sink.

That means it’s a good idea to lock in a higher valuation and a better home loan deal now, because it will put you in better stead when rates do rise.

“Generally, if you have a lower loan-to-value ratio you can improve your pricing [interest rate] by around 0.2 per cent,” Mr Gilfillan said.

“That could be over $1000 a year in savings just by having your property revalued.”

Alternatively, you could take out another loan with the additional equity, Mr Robertson said.

“You could diversify some of your wealth out of property,” he said.

“But don’t use your equity on anything that’s going to go down in value.”

‘Unbelievable boom’: Property wealth skyrockets by $2 trillion. Here’s how to cash in