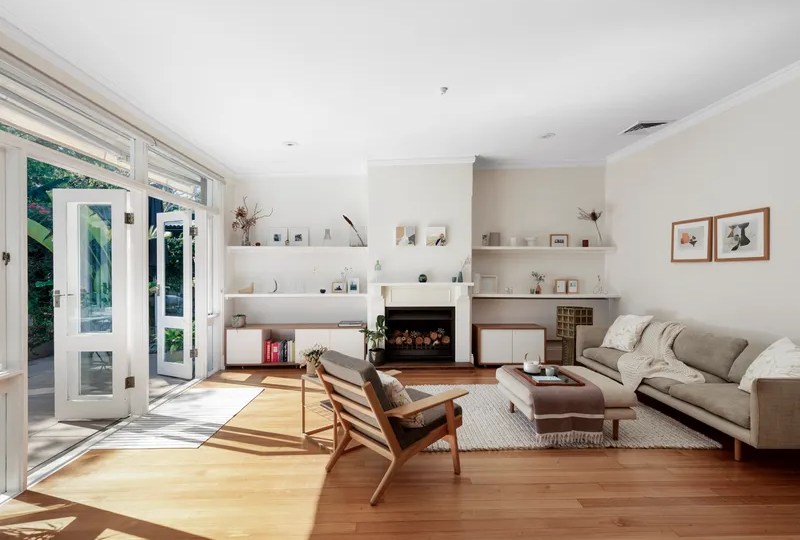 House hunters are rushing to secure mortgages before new lending rules come into effect from November.

Financial regulator APRA said the changes – which will require banks to ensure borrowers can service their loans if rates were to rise by 3 percentage points (up from 2.5) – would reduce the maximum amount a typical buyer could borrow by about 5 per cent.

And agents have reported a growing sense of urgency among buyers and vendors as a result.

Melbourne couple Michelle and Daniel (both 29) told The New Daily they were grateful to have secured a two-bedroom unit in Edithvale.

The couple, who asked for their surname not to be published, had been in the market for two years and attended more than 100 auctions before “making compromises” to settle on their first home.

“To scrape together a 20 per cent deposit is just so hard,” Michelle said.

“We had a really hard time getting our mortgage over the line. We had to jump through a lot of hoops.”

Michelle and Daniel are breathing a sign of relief after worrying they would struggle to get a loan under the new regulations.

This was down slightly on the week before, but came despite a 9.3 per cent weekly increase in the number of homes that went under the hammer.

And homes are often selling for huge sums as well.

Bresic Whitney Estate Agents sold this four-bedroom home in Newtown in Sydney for $3.8 million last week – a record for the street that was almost $1 million above its reserve.

Buyer’s agent Arjun Paliwal from InvestorKit said the looming lending changes were encouraging first-home buyers to pick up the pace.

“There definitely is an extra dash that’s happening,” he said.

“However, it’s a little bit hard to separate it considering the time of year. It’s spring, the sun is out, and buyers do tend to get very active.

“We’re seeing more than 40 people showing up to open homes, with offers closing hours after.

“That’s leaving buyers stressed and vendors in a profitable position.”

Regulators hope the lending curbs will cool the housing market and reduce risks to the financial system.

But the changes aren’t expected to have a big effect on housing prices, which have already risen 20.3 per cent over the past year, according to CoreLogic data.

Agents who spoke to TND expect the market to heat up even more as New South Wales and Victoria emerge from lockdown.

Physical inspections will return to Victoria from Friday, which is expected to drive a material increase in activity from both buyers and vendors.

“They’re saying they’d like to sell sooner because they’re worried about what’s going to happen with regulation and lending.”

Mr McCabe said the new regulations would prevent first-home buyers from “pushing too hard” to get a home loan.

“If you can’t deal with a 0.5 per cent increase [in lending buffers], it might be that you’re pushing a bit too hard anyway,” he said.

“But for most people I don’t think it will have that much of an impact.”

Michelle said getting a deal across the finish line was bittersweet, with plenty of her friends still struggling with fast rising prices.

“You’re thinking to yourself, my God, how are you supposed to get in?”