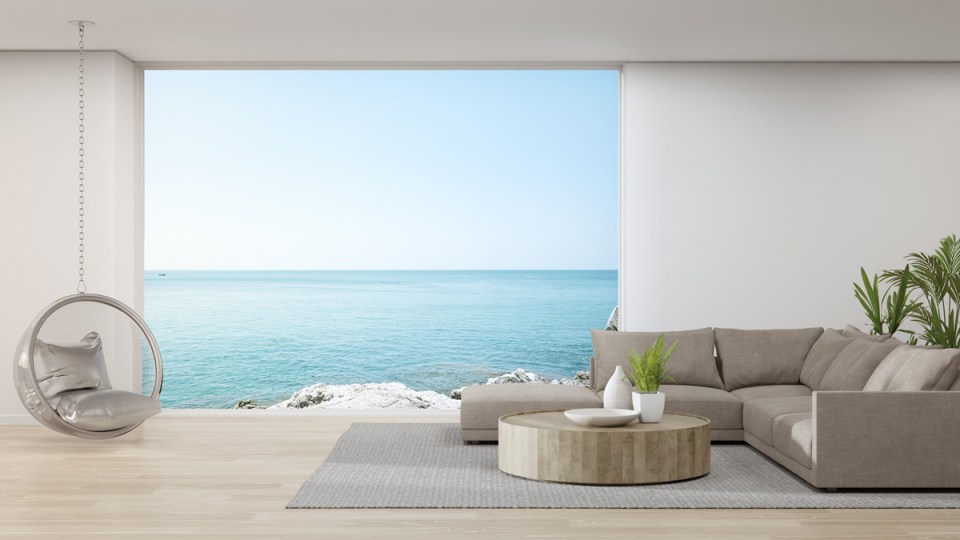 We don't care if it's real or rendered, luxury property is all about the fantasy of escape. Photo: Getty

In 2014, a Florida real estate group began advertising its latest in a series of luxury condominiums designed by global “starchitects“.

The ads featured photorealistic computer-generated imagery inhabited by rich and beautiful people lounging by the rooftop pool; staring languidly out towards the endless view of the sea from expansive balconies; working out in the lavishly appointed gym.

Its marketing slogan? “I don’t want realism. I want magic.”

The real estate voyeurism of these shows — and, pre-reality TV, of glossy magazines like Architectural Digest (which now has its own luxury YouTube channel), World of Interiors, Belle or Vogue Living — uses the eye of the camera to place us inside these otherwise hidden and inaccessible worlds.

A similar voyeuristic impulse might drive us to slip into our neighbours’ homes when they are up for sale.

Instead of twitching the curtains and pretending we were never looking at all, an open-for-inspection allows us to wander through the most private aspects of another’s domain while imagining: “What if I lived here, instead of them?” 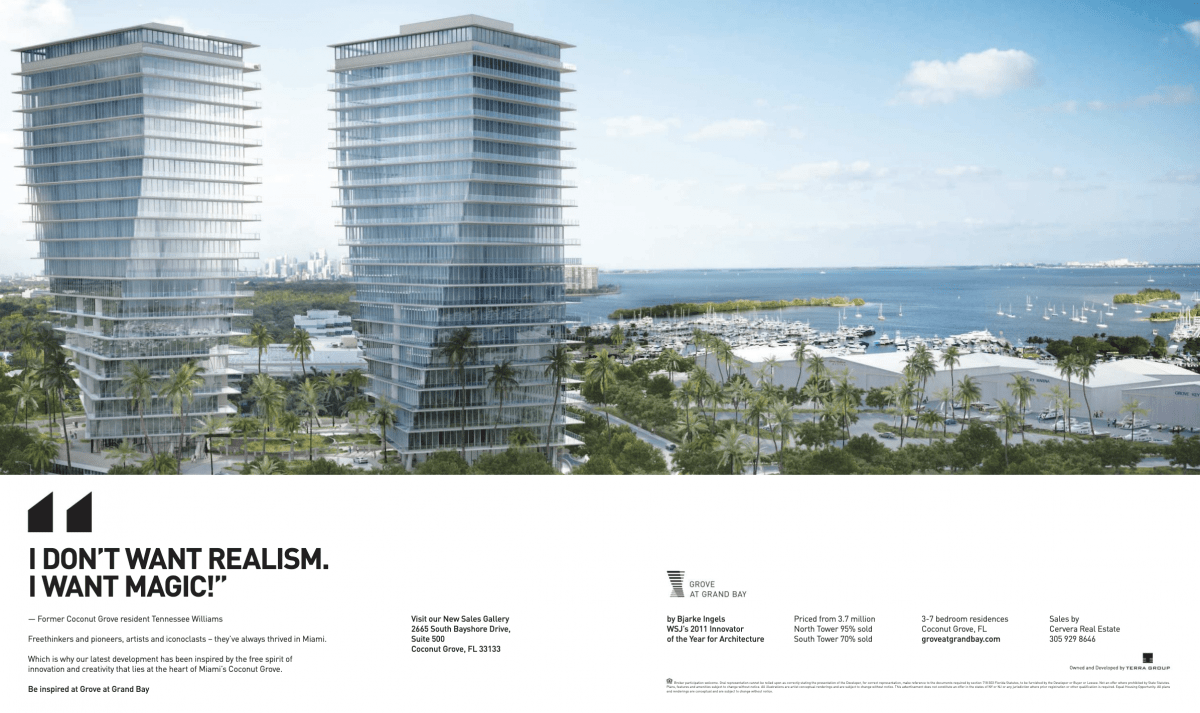 Nary a penny to spend

Despite all the disruptions of the pandemic, property prices in Australian cities have continued their rise and housing affordability has become even more out of reach.

But our current pandemic era seems to be witnessing an intensification of the escape into fantasy.

Why do we exhibit an insatiable appetite for real estate voyeurism and fantasy at a time when young people, especially, are less and less likely to be able to afford housing at all?

Why do we love to scroll, watch, swipe and drool over luxury property on television, in magazines and via social media?

They represent the denial of real-world constraints and the promise of not just escapism, but of financial escapism.

Puzzling over the strangely soothing effect of such images, she wrote: “Nothing is unaffordable in a [computer-generated] dreamscape, and rent is never due.”

From Louis’ court to Trump’s penthouse

Showing off via property – even unbuilt property – has a long history.

In the 18th century, the opulence of the “Louis-style” of the French court was captured in engravings and pattern books compiled by artists and architects circulated throughout Europe (and even further afield – Jesuit designers brought Baroque style to the Imperial Court in Beijing.

The mania for wide-scale luxury consumption began on the cusp of the Industrial Revolution through the dissemination of images of luxury in books and prints.

It accelerated throughout the 19th century with its diffusion into the upper realms of the emergent bourgeoisie.

Architects and other designers were called upon to transform these images into built realities (or, in the language of MTV, “pimp my crib”).

All too often, desire outpaced means.

Even wealthy individuals plunged themselves into crippling debt in their efforts to, literally, keep up appearances.

Over the period of the Trump presidency, much was made of large portions of the American electorate retreating into the realm of conspiracy theories, magical thinking and belief in wishful narratives baring little relationship to truth or reality.

Some psychologists say this flight into fantasy is the direct result of declining economic prospects and of certain social groups feeling like unnecessary bit-players in the national story.

Whatever the complex underlying reasons, note this: Donald Trump was a figure who had built a global brand on the associations of luxury property, supercharged by reality television.

Small tokens of luxury, or even images of luxury, might provide some satisfaction and solace beyond just signalling one’s aspirations, however unrealistic.

Perhaps especially when such aspirations are wildly unrealistic.

When stable employment, sick pay and annual leave, wages growth, housing security and affordability have been eroded for decades, the economy of images might feel more dependable than the real economy.

A large part of sustaining a market that fundamentally depends on speculation in the financial sense is the encouragement of speculation in a more personalised sense: The speculation of fantasies.

Fantasy and escapism are well-documented responses to stress and anxiety.

What better way to soothe one’s rising panic at the level of debt required to buy even a basic Australian suburban home, or the prospect of even that being permanently out of reach?

Switch on the TV and stream someone else’s home. I don’t want realism. I want magic.

This line was not dreamed up by a Florida marketing team. It comes from the brute theatrical naturalism of Tennessee Williams’ A Streetcar Named Desire.

It is the desperate and wishful plea of Blanche DuBois as she clings to the façade of her supposed Southern gentility, the mask concealing her precipitous downward social spiral.

Maybe we are all a little bit Blanche now.

Our cultural preoccupation with luxury property television, magazines and Instagram images would certainly seem to suggest so.

‘I don’t want realism. I want magic’: Behind the fantasy fuelling our real estate voyeurism

Refinancing with cash back could be worth it. Here’s how the maths stack up

Four things to consider before buying your next home