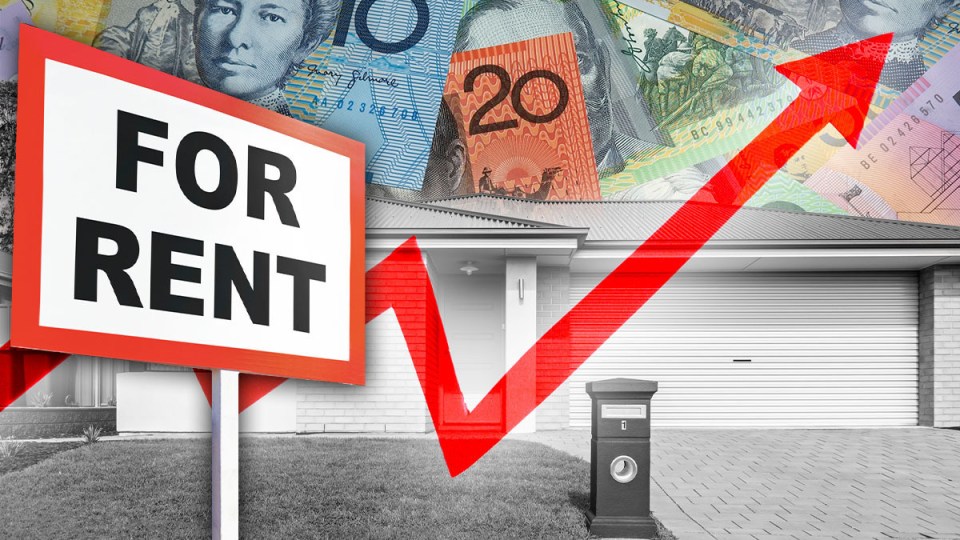 But the largest rent hikes were seen in regional Australia.

CoreLogic head of research Eliza Owen said the rapid hikes followed a “subdued rental performance through much of the 2010s” and had been driven by many of the same factors behind the current upswing in house prices.

As with house prices, the pace of rental growth nonetheless slowed over the June quarter.

National rents increased by 2.1 per cent over the three months to June 2021 compared to growth of 3.2 per cent over the March quarter, with Ms Owen attributing the slight moderation to growing affordability constraints as well as a rise in rental supply as more investors returned to the market.

ABS data shows the value of new home loans for investors rose 13.3 per cent to $9.1 billion in May – the highest level since June 2015.

As rents continue to rise, Better Renting executive director Joel Dignam said some tenants were having to cut back on essentials to make ends meet.

“People have to cut back on other things that you wouldn’t necessarily think of as being discretionary,” Mr Dignam told The New Daily.

“It depends on the scale, but it might mean eating less often, in an extreme case.

“It might mean having to go without medication, or maybe you can’t pay for your child to go on a school excursion.

“It means the sorts of things that people should be able to afford as part of their lives become that much harder to afford.” 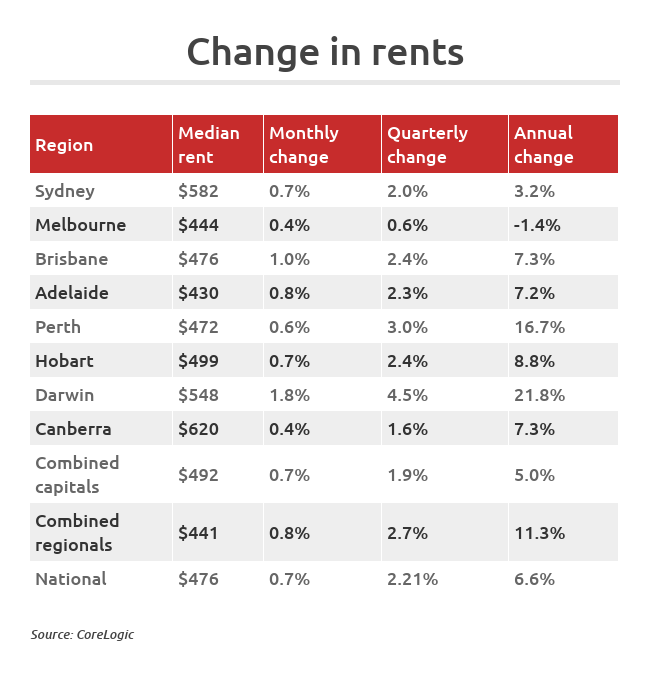 Mr Dignam said the high rental costs reflected a market where tenants applying for properties faced fierce competition and often had to offer more than the advertised rent to secure the lease.

He said the excess demand also affected tenants with no intention to move, as many were less likely to ask their landlord to make repairs if they thought they could be easily replaced.

“We’ve heard from people who have put up with some concerning living conditions, because they know that they can’t move somewhere else and the risk of alienating their landlord is too great,” Mr Dignam said.

CoreLogic’s data shows that Canberra is still the most expensive city in Australia in which to rent a home.

The median rent there is $620 a week and is followed in second place by Sydney with a median of $582.

It comes after separate research from CoreLogic found that servicing a mortgage was now cheaper than renting for more than a third (36.2 per cent) of Australian properties – up from 33.9 per cent in February 2020.