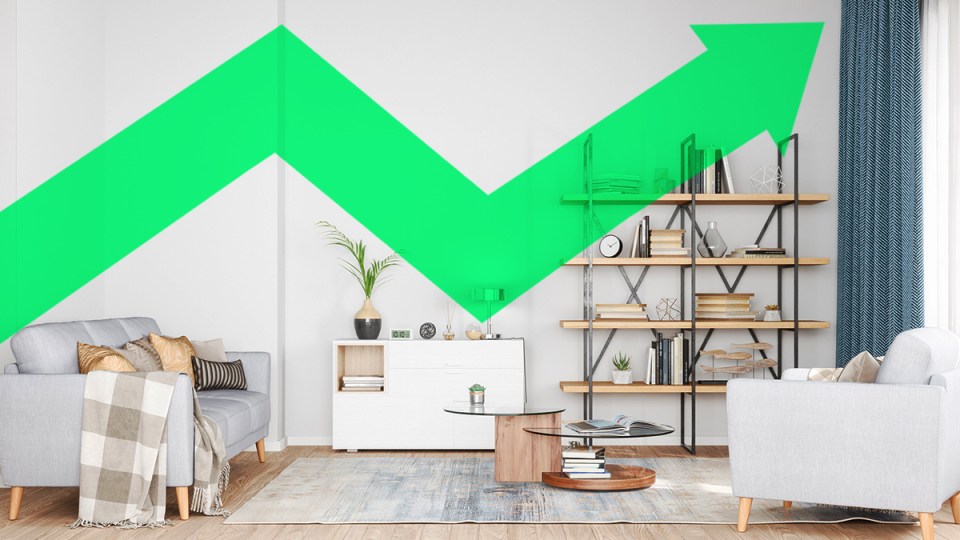 Property prices this year are tipped to rise by more than 13 per cent in five Australian cities. Photo: TND

Economists are tipping property values to rise by at least 6 per cent in Australia’s five largest cities over the next seven months and by 8 per cent in Sydney and Perth.

If that were to occur, prices would end the year 21 per cent higher than they started it in Sydney and 15 per cent higher in Perth – increasing the former’s median property price by $216,300 and the latter’s by $79,500.

The forecasts are averages of the predictions that economists and property experts contributed to Finder’s latest RBA Cash Rate Survey.

“The current average salary is around $92,034, so if our experts’ predictions are correct, the average Sydney home owner will earn more than double the annual wage this year – equivalent to a fifth of the average property value through 2021,” said Graham Cooke, head of consumer research at Finder.

And economists also expect double-digit growth over 2021 in Melbourne, Brisbane and Adelaide, as well as strong gains for Canberra (7 per cent), Hobart (7 per cent) and Darwin (6 per cent) – although there was insufficient data to provide full-year forecasts for the smaller capitals. 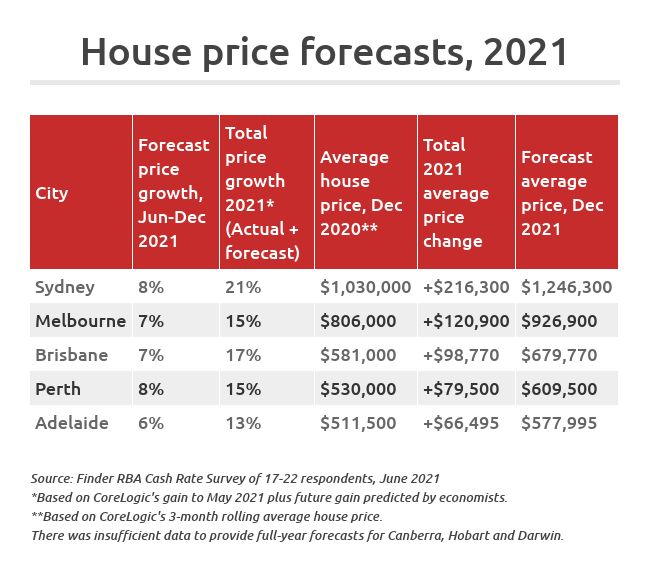 In his weekly email to clients over the weekend, AMP Capital chief economist Shane Oliver said national property prices were on track to rise about 17 per cent this year and a further 5 per cent in 2022.

Dr Oliver said the market was being supported by ultra-low mortgage rates, the strength of the economic recovery, and the ‘fear of missing out’.

But he also warned investors to “expect a progressive slowing in the pace of gains as government home buyer incentives are cut back, fixed mortgage rates rise, macro-prudential tightening kicks in, and immigration remains down relative to normal [levels]”.

The deadline for applications to the Morrison government’s HomeBuilder grants scheme was March 31, and lenders have already started hiking longer-term fixed rates before an expected increase in funding costs when the Reserve Bank ends one of its emergency measures in June.

It came after similar moves by National Australia Bank and Westpac.

Fixed rates on the up

“At the start of the year there were 24 lenders offering at least one four-year fixed rate under 2 per cent,” RateCity research director Sally Tindall told The New Daily.

“Fast forward to today and there’s just one lender with a four-year rate that starts with a ‘1’ and that’s unlikely to stick around for long.

“The economy has done incredibly well since COVID and while we don’t know for certain what the future holds, longer-term fixed rates are likely to continue to rise.”

Variable rates are likely to remain low for the foreseeable future, though.

They closely follow the official cash rate, which the RBA says is unlikely to rise until at least 2024.

The board of the central bank will announce its next interest rate decision at 2.30pm on June 1.

UPDATE, JUNE 1, 10AM: Since the time of publication, the last lender to offer a four-year fixed mortgage rate starting with a ‘1’ (BankVic) has announced it will lift this rate above 2 per cent.