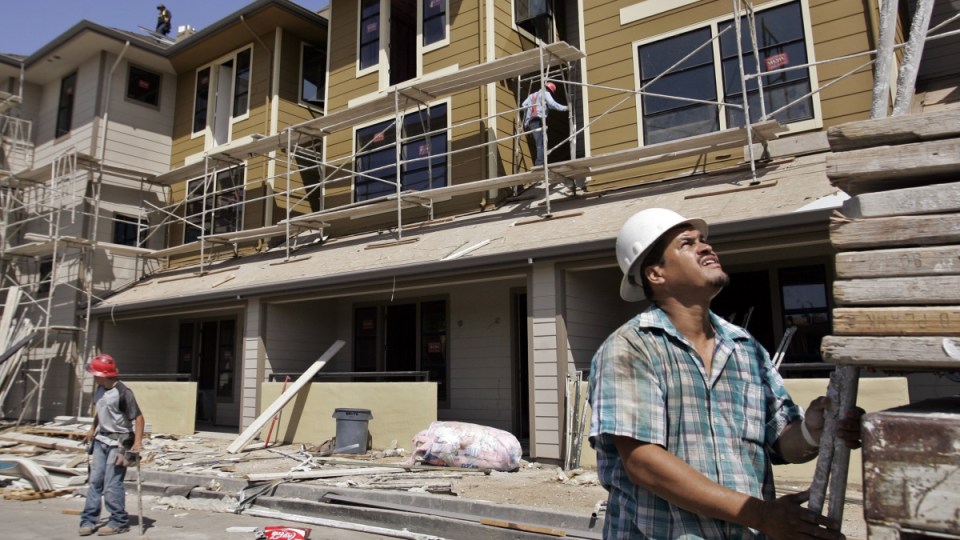 The HomeBuilder construction stimulus program is now expected to cost $2 billion after a surge in applications in the final two months of 2020. Photo: AAP

The federal government’s HomeBuilder program has received more than 30,000 applications above Treasury forecasts.

The construction stimulus scheme is now expected to cost about $2 billion after a surge in applications in the final two months of last year.

More than 75,000 households have applied for the $25,000 cash grants, with 80 per cent of applications to construct a new dwelling.

The remaining 20 per cent of applications have been for major renovations.

Assistant Minister Michael Sukkar expects the scheme to support up to $18 billion worth of residential construction projects.

“On all counts HomeBuilder has more than achieved this objective, and it has kept hundreds of thousands of tradies in work who would have otherwise been facing the unemployment queue,” he said on Wednesday.

“This is a phenomenal outcome for our tradies and for our economy at a time it needs it most.”

The grant program was due to expire at the end of December, but has been extended until March 31 at a reduced rate of $15,000.

New home sales almost doubled in December compared to November as people clamoured to get the full benefit program before it was wound back.

But Australians are yet to express such confidence.

The Westpac-Melbourne Institute monthly consumer sentiment survey for January, due on Wednesday, is also expected to tumble from a decade high.

Economists are forecasting Thursday’s labour force report for December to show a solid 50,000 rise in the number of people employed after the 90,000 jump in November.

This is expected to see the jobless rate ease to 6.7 per cent from 6.8 per cent, and a further pull-back from the 22-year high of 7.5 per cent seen in July last year.

Such optimism came despite weekly payroll jobs data showing weakness in the final two weeks of 2020, although the Australian Bureau of Statistics clarified this was due to seasonal factors.

Unlike the monthly labour force figures, the weekly payroll jobs report is not seasonally adjusted.