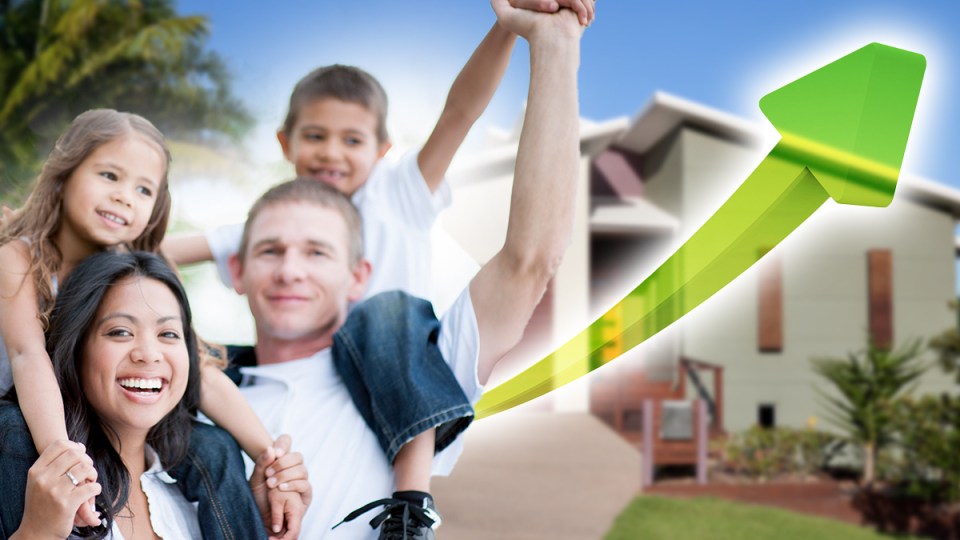 First-home buyers are rushing into the housing market. Photo: TND

The latest figures come amid predictions that national house prices could surge by 9 per cent over the next 12 months, as policymakers “throw the kitchen sink” at propping up the market.

Lending data released by the Australian Bureau of Statistics on Thursday showed banks approved a record-high $22.68 billion in new home loans in October.

Owner-occupiers led the charge with $17.39 billion in new mortgages, which was also a record high and up 23.3 per cent on the same time last year.

Commonwealth Bank associate economist Nicolas Guesnon said a surge in loans for home construction (up 85.5 per cent year on year) and new dwellings (up 18.8 per cent) indicated the government’s HomeBuilder scheme was boosting demand.

He said along with government incentives for first-home buyers, many households are in a position to use savings accumulated through the pandemic to fund new property purchases.

“In addition, in many markets the borrowing cost is lower than the rental yield which improves the attractiveness of purchasing a property to live in as opposed to renting,” Mr Guesnon said.

In total, 306,222 new home loans have now been settled since the onset of the pandemic and another 191,063 refinanced.

RateCity research director Sally Tindall said the figures show there’s no need to scrap responsible lending laws – something the government says is necessary to boost the flow of credit to households and businesses.

“The primary reason for scrapping responsible lending laws was to free up the flow of credit. Looking at today’s figures it’s hard to see where the problem is,” she said.

“House prices are on the rise, housing finance just hit a record high and first-home buyers are finally making their mark. Housing credit seems to be flowing nicely.

“Record-low interest rates, targeted government grants and last year’s changes to serviceability rules have all helped people get their home loan approved under the existing system.”

Housing market could see a near-double digit rise in 2021

In his base case scenario, founder Louis Christopher expects national house prices to rise by up to 9 per cent, due to ultra-low home loan rates, loosened credit standards, and a government hellbent on warding off a price crash.

The charge would be led by Perth’s resurgent market (an expected 12 per cent annual rise), as well as Sydney’s (11 per cent) and Adelaide’s (10 per cent).

But that scenario hinges on the Coalition extending JobKeeper for six months beyond its March deadline, which would reduce rates of forced sales and encourage landlords to hold on to their properties.

It’s also predicated on the quick containment of a ‘third-wave’ outbreak and a progressive rollout of the coronavirus vaccine across the country.

However, it’s unlikely the government and relevant institutions will let it play out to natural forces, he said.

“Housing is an asset class those in power see as being a key contributor towards the economy – or in some cases, is regarded as being the economy itself,” Mr Christopher told The New Daily.

Will the government eventually allow a major housing correction to take place in our largest capital cities? Or will they throw the kitchen sink to stop that from happening?”

“[Ongoing rises] will hurt housing affordability and home owner rates over the long term, and keeping in mind, we’ve already witnessed a slippage in ownership rates for the last 15 years despite various grants aimed at first-time buyers,” he said.

“You’re going to see social inequality widen, and the gap between the welfare of those with assets versus those without will grow.”

Although Mr Christopher does not expect the nation’s prudential regulator, APRA, to intervene in the market next year by imposing controls on banks to curb their lending, others are not so sure.

Betashares chief economist David Bassanese said that option could be on the table if the regulator perceives the “strong lift in prices” has been motivated by “untoward speculation”.

“What we’ve seen historically is when affordability improves as a result of lowered interest rates, people don’t pocket that saving, they go out and bid more for a property.

“The bigger issue I think is what do policymakers actually want, because the RBA now actually seems to be cheering for a rise in house prices from the sidelines, but then if it gets out of hand, they may be giving with one hand and taking from the other.”