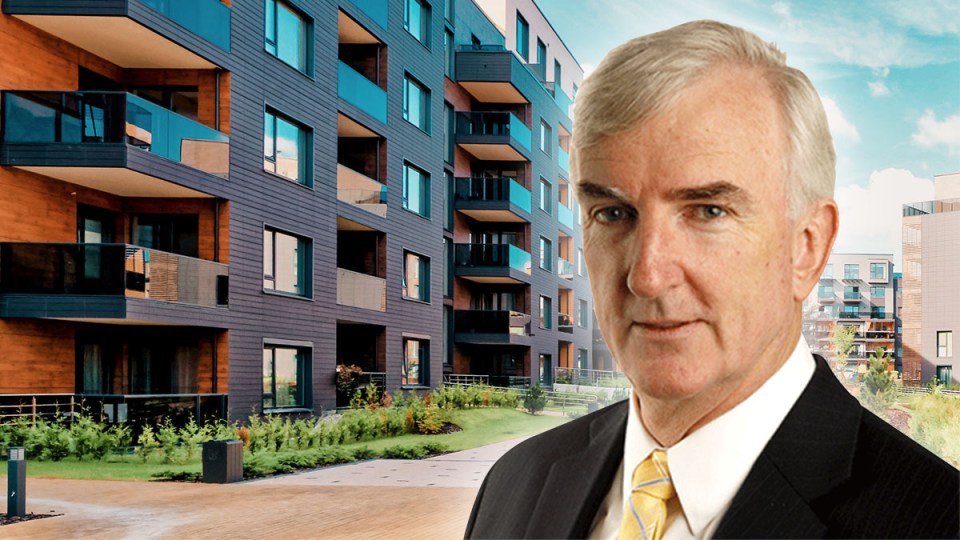 What’s amazing is how little property developers give politicians when politicians are so incredibly generous to developers, gifting them some $11 billion a year.

I’ve written that before in another place, but in light of Monday’s explosive NSW ICAC hearings and the $30 million the federal government paid for land worth $3 million near Sydney’s new airport, it is absolutely worth writing again.

Our state and local governments are captives of Australia’s biggest honeypot, a honeypot of their own creation that inevitably attracts flies.

And while maintaining this fundamentally inequitable and corruption-prone system, gifting massive windfall profits to mates and wise guys, they are robbing their constituents of income.

The $11 billion estimate comes from economist Cameron Murray. It is how much he reckons well-connected, lobbyist-hiring developers make each year from rezoning and planning decisions compared with the Australian Capital Territory’s system of taxing such profits.

In his book Game of Mates, in a submission to Queensland’s Crime and Corruption Commission and more recently in John Menadue’s Pearls and Irritations, Dr Murray makes a water-tight case for adopting something like the ACT system of charging 75 per cent of the market price for new property rights that are granted through rezoning.

It is extremely unlikely to be adopted more widely because developers hate the idea and developers enjoy enormous sway over our major political parties.

At stake are the billions of dollars our local councils and state governments create out of thin air when they rezone land.

“A well-situated industrial site in Sydney’s inner west was bought for $8.5 million, rezoned high-density residential, then sold again for $48.5 million. The 470 per cent windfall was the result of a government decision: Rezoning.

“Not only are these windfalls enormous, they can add to the cost of infrastructure.

“An industrial site in Altona North in Melbourne was bought by a developer for $8.7 million, rezoned for “comprehensive development” and then compulsorily acquired by the Victorian government for the West Gate Tunnel project for $22.5 million.

“The Altona North rezoning added $14 million to the cost of the tunnel.”

The federal government’s $30 million Badgerys Creek scandal is even more bizarre. So-far anonymous bureaucrats agreed to value the parcel of land on the wild assumption of its “highest and best use” – not the cow paddock that it actually is and will remain for decades.

The extremely hypothetical zoning not only gave Liberal Party donors Tony and Ron Perich an amazing profit, the government has subsequently leased the land back to them with the rent calculated on the basis that the block is only worth $1 million.

In the more normal way the rezoning game operates, there is little random about who makes the most money out of it.

A study by Dr Murray of Queensland rezoning found it is rarely Joe and Mary Punter who pick up the unearned millions, but developers who miraculously just happen to already own the land subject to rezoning.

That mainly happens through the developers’ efforts in lobbying for rezoning or by their ability to use inside knowledge to pick where rezoning for higher-value use is most likely to occur.

There is no justification for gifting billions to developers and speculators for a rezoning decision. The profit is unearned, the money created by a government decision and thus the lion’s share of it should remain with the government i.e. taxpayers.

By retaining 75 per cent of the profit that its rezonings create, the ACT takes away the honeypot and has the necessary funds to provide infrastructure, instead of the usual mishmash of developer contributions councils and governments elsewhere levy.

Dr Murray: “The simplest way to fund council infrastructure would be to remove all fees and charges and sell the property rights granted through rezoning at market prices.

“It could raise eight times what infrastructure charges do.

“We know it can be done because the Australian Capital Territory has been doing it since 1971, charging 75 per cent of the market price for new property rights granted through rezoning.

“In Sao Paulo, Brazil, the rights to develop at higher densities have to be bought from the government at auction.

“Developers won’t like it. Yet it would give them what they say they want, which is certainty. More than anyone else, they are acutely aware of what rezoning does to the value of their properties.”

The ’Rona Recession’s smashing of GST revenue that was already in decline could provide state governments with good reason to change the present racket – if they were independent of vested interests.

If they were capable of that, they could end up sparing themselves considerable embarrassment.

A key part of the ICAC’s investigation of dodgy former MP Daryl Maguire concerns his attempts to have land near the Western Sydney airport rezoned.

At stake were several hundred million dollars. Such a big honeypot will indeed attract flies.

And now the NSW Premier has been ensnared in the investigation by a blowie.