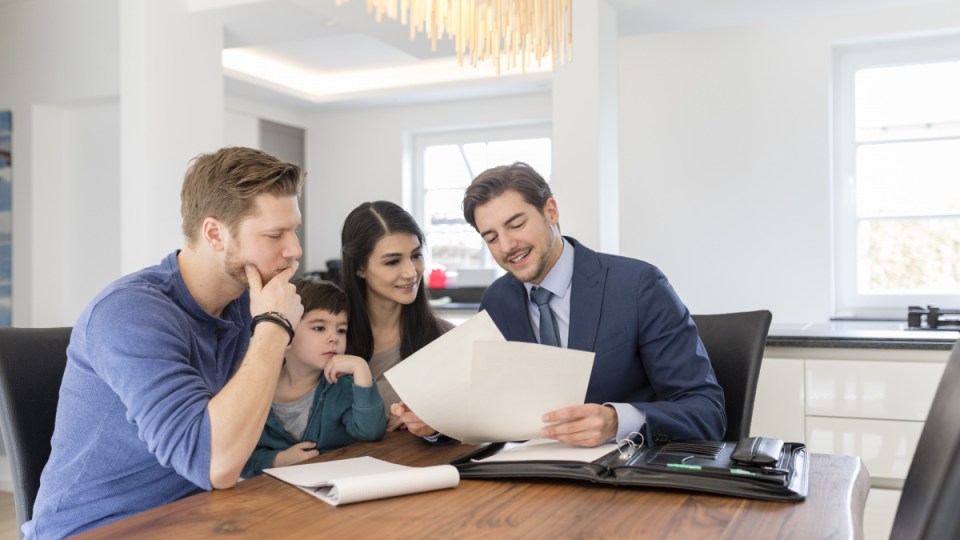 Depending on who you ask, the coronavirus recession presents a golden opportunity or a world full of risk for property buyers.

The Australian Bureau of Statistics on Tuesday revealed the nation’s homes shed 1.8 per cent in value over the June quarter, and just days before, the big four banks told a Senate inquiry they expected prices to fall by at least 10 per cent.

Although many will want to avoid a falling market, Propertybuyer CEO Rich Harvey said it favoured a particular group of buyers.

“Up-sizers are a group I think could be a lot more active given the current conditions and especially if levels of stock start to rise,” Mr Harvey said.

“They have become dissatisfied with their current home, because through lockdowns they have spent more time living and working from home and recognise it doesn’t meet their new lifestyle requirements.”

It’s tough at the top

Property experts say up-sizers have a strong case for moving during the pandemic, as in a downturn prices at the top-end of the market normally fall further than prices at the bottom.

According to property analysts CoreLogic, the upper portion of homes in Melbourne and Sydney have shed 7.0 per cent and 3.3 per cent in value respectively from pre-coronavirus peaks.

Meanwhile, low and mid-tier homes have seen smaller falls, with the bottom end of the market falling 2.0 per cent in Melbourne and 0.7 per cent in Sydney.

A combination of low stock levels and improving consumer confidence has meant that homes at the lower end of the market are being snapped up fairly quickly, which has helped prop up prices.

But CoreLogic head of research Tim Lawless said that could change once buyers in mortgage distress reach the end of their home loan deferrals.

Either way, Suburbanite principal Anna Porter told The New Daily downturns present the best opportunity for people with stable employment to jump up the property ladder.

“If someone’s in a job where they can transfer to another industry or sector without undergoing a significant amount of retraining and earn similar money, up-sizing is an option as they would still be able to service a mortgage,” Ms Porter said.

What to consider before up-sizing

Ms Porter said the biggest risk for eager up-sizers is purchasing before selling their existing home, as it offers uncertainty over their expected budget and can increase the chance of juggling multiple mortgages.

“If they’ve already pre-committed to a new home, they’ll end up reducing their price aggressively to get a sale through quickly and they panic often, or they can end up defaulting on their purchase because they can’t sell their home,” Ms Porter said.

Mr Harvey said up-sizers can also fall into a trap by holding out on selling their existing property in pursuit of an “impossibly high price”.

He recommended buyers find a reputable agent that values their home fairly while endeavouring to “squeeze every last dollar for the owner” during the sale.

The group of buyers who really benefit from falling house prices