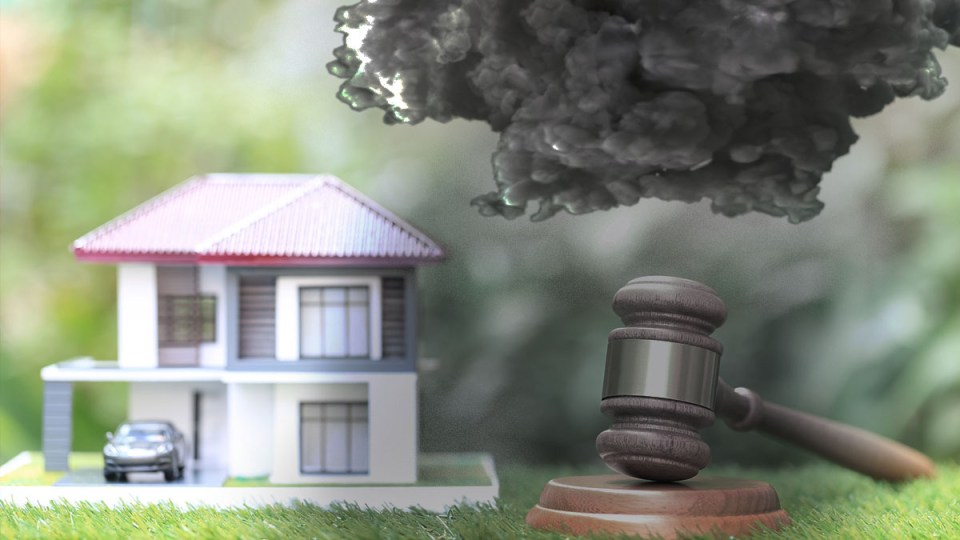 Melbourne real estate activity is expected to be widely scaled back under the city's Stage 4 lockdown. Photo: TND

On-site auctions and inspections will be banned in Melbourne for at least six weeks on Thursday as part of new Stage 4 restrictions.

Melburnians will still be able to inspect and bid for properties online, but agents are concerned many will put off their plans until the bans are lifted.

And many are unsure how they will hand over keys to buyers and help tenants move into their rental properties – less than 24 hours before restrictions are introduced.

A Department of Health and Human Services spokesperson on Tuesday confirmed to The New Daily all real estate dealings in the Victorian capital – including auctions and inspections – must be conducted online.

The New Daily understands some agents asked tenants nearing the end of their lease on Tuesday to submit video walkthroughs on their behalf amid the confusion over the new restrictions.

“I don’t want to see people not able to settle,” Mr Andrews said.

Belle Property principal director David Wood told The New Daily a ban on in-person inspections is “incredibly unfair”, as realtors have complete control over their interactions with buyers.

He said his business conducted private inspections with social distancing and COVID-19 hygiene measures in place during the city’s Stage 3 lockdown, which enabled purchases to continue uninterrupted.

“I think this is extremely disappointing,” Mr Wood said.

“If our industry flouted the laws and did not put procedures and systems in place to cater for changes, and if our industry had been finger-pointed as to where transmissions are occurring, that’s fair game.

“But that’s simply not the case.”

“You might find virtual inspections that have more detail to satisfy those who want to see fixtures and fittings, for example, if they wanted to see details of granite tabletops or the colour of carpets,” Mr Lang said.

Move to online-only to drag on activity

Before the second lockdown, Victoria’s auction market figured as the nation’s worst-performing capital city in the pandemic, with prices shedding 3.2 per cent over the past three months.

But he noted properties on the market were being absorbed faster than new stock was added, suggesting demand outweighed supply, which could increase pricing competition among buyers.

Although Mr Lang did not expect prices to be significantly affected over the lockdown, there was one drawback.

“It would have an impact on rates of selling established homes because people want to touch, feel and see the building – but don’t expect it to fall off a cliff,” he said.

Ray White Victoria CEO Stephen Dullens noted the restrictions were not as restrictive as those seen during similar lockdowns in New Zealand, where transactions were forbidden.

As a result, Melbourne’s slowdown may not be as pronounced.

“Since March, we’ve done about 600 online auctions across Victoria, and although buyers and sellers were initially quite hesitant, over the last month and a half we found our clearance rates online are the same as on the street,” Mr Dullens told The New Daily.

Jellis Craig Greensborough director Daniel O’Regan told The New Daily sales during lockdown would likely “be the exception, rather than the rule”.

However, he saw one silver lining.

But only if restrictions ease in September.

“If you asked me six weeks ago about sellers’ prospects in the spring period I would have been quite worried, because the usual influx of listings would have coincided with JobKeeper tapering off and some mortgage holidays coming to an end,” Mr O’Regan said.

“Pending everything is ‘normal’ by then, we may see a positive spring.”

Melbourne property market under a cloud amid on-site inspection ban