Australians have yet to receive a single dollar in government grants to build or renovate homes under the Coalition’s HomeBuilder scheme.

Almost one month after Prime Minister Scott Morrison announced the $25,000 grants to kickstart “a tradie-led recovery”, home buyers and renovators are eagerly awaiting the cash as new ABS data suggests builders could soon run out of work.

The HomeBuilder scheme will see state governments offer grants of $25,000 to eligible owner-occupiers who build a new home or substantially renovate an existing one.

But it is not yet ready to receive applications.

As of the time of writing, the Queensland government is yet to sign up to the scheme, with New South Wales, Victoria, and the Australian Capital Territory only signing up this week. 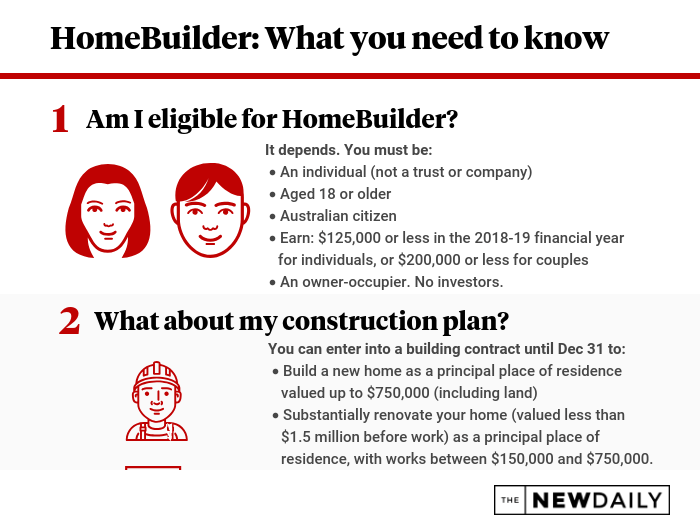 ACT Chief Minister Andrew Barr blamed the slow progress since the announcement on the lack of consultation between federal and state governments.

“The federal government did not consult with the ACT government prior to announcing the scheme, which is disappointing,” Mr Barr told The New Daily.

This is not how to achieve the best outcomes for industry or the community.

“As a result, the ACT government has been working with Commonwealth officials to address implementation issues associated with definitions, compliance and monitoring, which it does not seem were fully contemplated prior to announcement.”

Federal Housing Minister Michael Sukkar, however, said HomeBuilder was already doing what it was intended to do, with more than 37,000 Australians so far registering their interest in the program.

“HomeBuilder is proving to be the catalyst for first-home buyers and families to purchase a new home, or undertake a major rebuild, that they may have put off earlier in the year,” Mr Sukkar told The New Daily.

“In some of our leading indicators, we’ve already seen an improvement from the first couple of months of COVID-19,” HIA economist Angela Lillicrap told The New Daily.

But others aren’t so sure.

The Australian Bureau of Statistics revealed on Wednesday that total building approvals in May were tracking at their lowest levels since early 2013, with the total number of building approvals falling 16.4 per cent over the month. 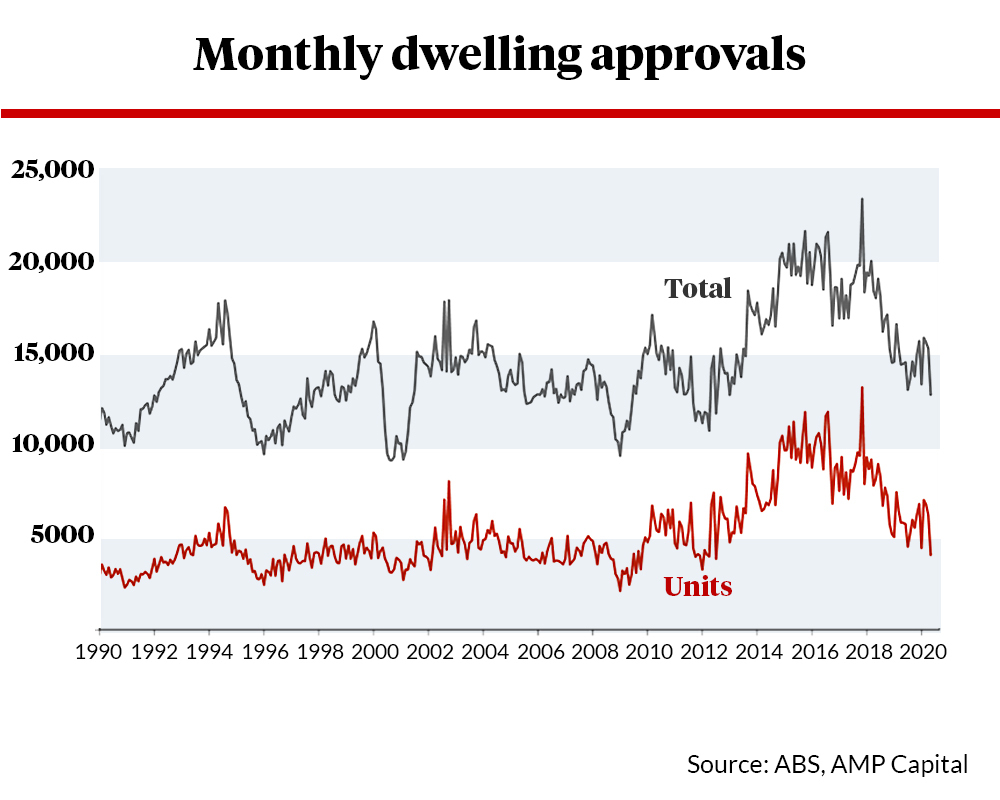 That spells bad news for construction jobs down the track – and AMP Capital senior economist Diana Mousina said the federal government’s HomeBuilder program would do little to help.

“I just don’t think that there will be enough interest in the program to really generate enough increase in construction to offset all the negatives,” Ms Mousina told The New Daily.

“It will help people who were already in the market, but I don’t know if it will actually encourage people to go into the new housing market.”

The ABS data shows building approvals fell across all states in May and were led by a massive decline in private-sector apartments, which fell 34.9 per cent to an 11-year low.

House approvals fared slightly better, falling by 4.4 per cent over the month.

But because it takes a while for falls in demand to show up as falls in approvals, the ABS said the data likely refers to “applications and levels of demand prior to the introduction of major [coronavirus] restrictions” – suggesting the worst is yet to come. 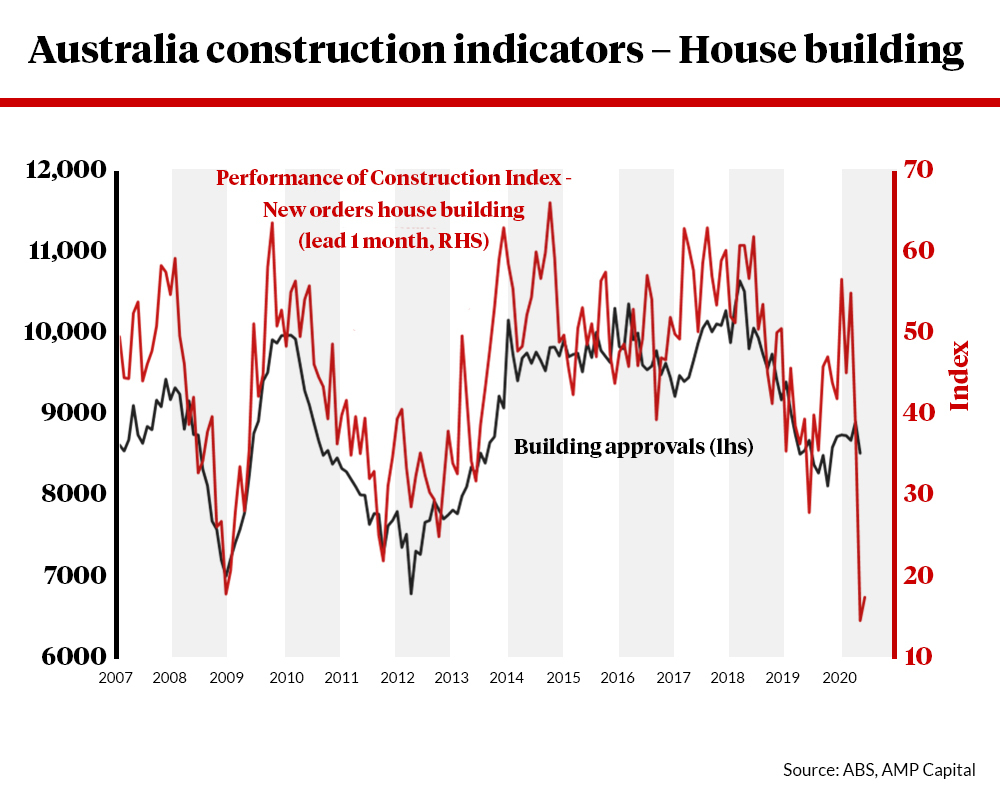 “The COVID-19 pandemic has had a lasting impact on household and business incomes, and the future state of the labour market looks much weaker than before COVID-19,” Ms Mousina wrote in a note.

“So it will take some time for residential construction to lift back to its pre-coronavirus levels.”

Meanwhile, Australia’s closed borders will only add to the pain.

This is because population growth has been a major driver of construction activity over the past few decades – and a key component of that in immigration has been completely wiped out.

Ms Mousina expects net migration to fall by 200,000 people over the next two years, slashing demand for housing by 80,000 dwellings. 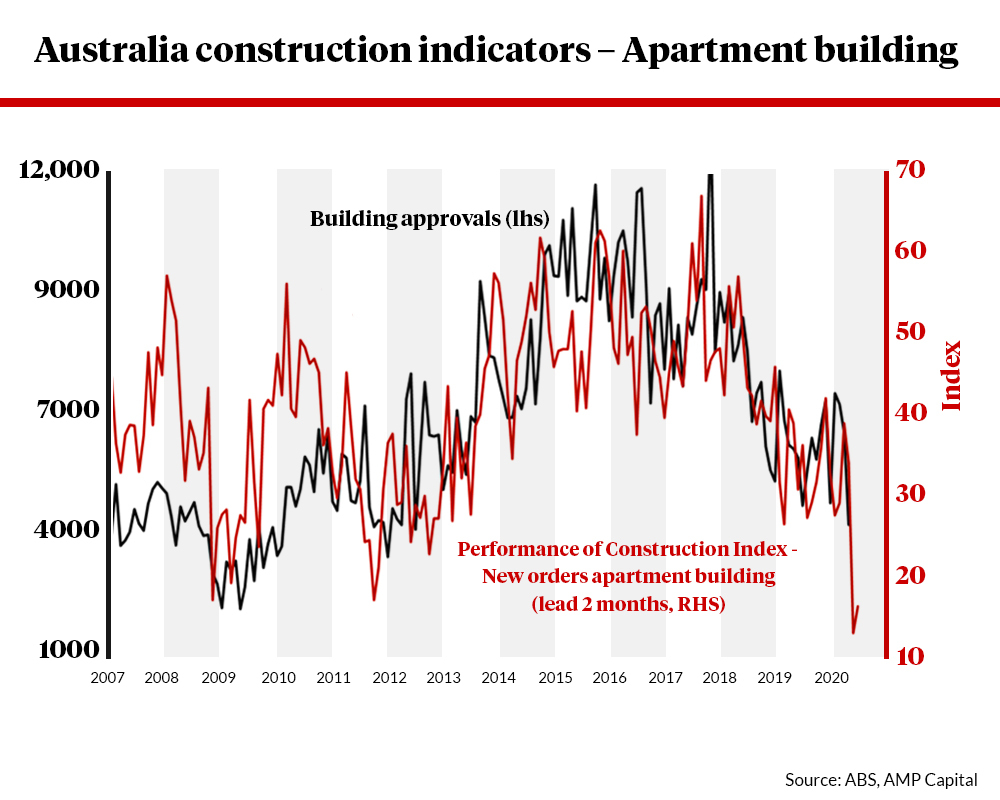 Against a backdrop of weak spending and rising unemployment, the federal government should focus on supporting household and business incomes when designing future stimulus, Ms Mousina said.

Ploughing money into construction doesn’t make sense, she said, as boosting the supply of housing when migration is expected to fall could “lead to a downward spiral in house prices”.

Dr Joiner said stimulating construction was appropriate, as the industry employs roughly 10 per cent of the workforce and has a large economic multiplier effect.

But he said investing in social and affordable housing was a better way of doing it.

“It was done in the GFC and it obviously addresses a shortage of public housing,” Dr Joiner told The New Daily.

“Do people need renovations on their homes? I don’t think the situation is as dire in that space as it is in the public housing space.”