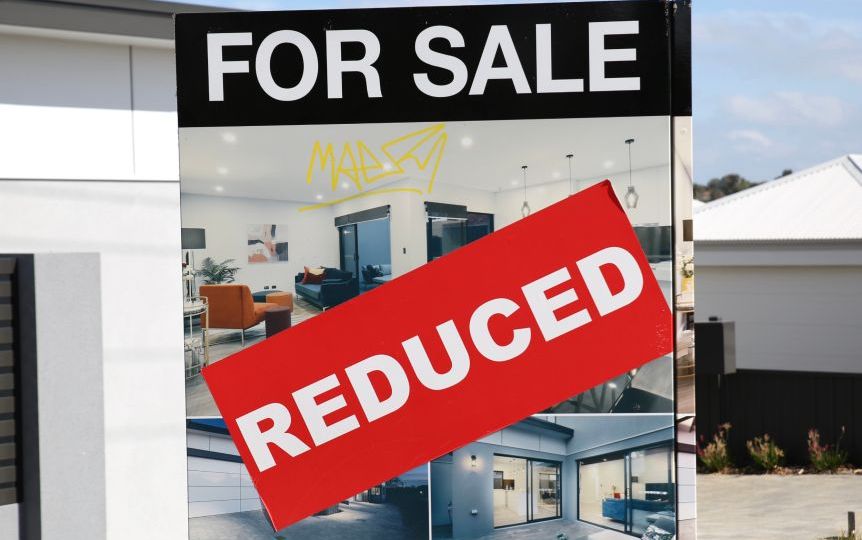 The coronavirus-induced slide in Australian housing values accelerated in June, as more sellers put their homes on the market.

CoreLogic’s monthly home value index showed a 0.7 per cent fall in values nationally, led by a 0.8 per cent drop in capital city prices.

The biggest capital city falls were in Melbourne and Perth, which both recorded a 1.1 per cent decline, while Sydney had a 0.8 per cent drop in values.

Brisbane and Adelaide posted smaller declines, as did regional areas, which fell 0.2 per cent.

However, CoreLogic’s head of research Australia, Eliza Owen, said most analysts are expecting price declines to continue, with a peak-to-trough fall nationally of about 10 per cent.

“There are definitely some headwinds and risks that lie ahead for the market,” she told ABC News.

“These include a sustained rate of high unemployment, with the cash rate unlikely to go any lower, it really does come back to labour market fundamentals to improve purchasing capacity for housing.

“The other major risk is the tapering off of fiscal stimulus and how long banks can sustain easier conditions for people trying to service mortgages amid these job and income losses.”

Ms Owen said that both the federal government stimulus measures – such as JobKeeper and a boosted JobSeeker – have been, “extremely important in preserving stability in the housing market”.

“With about 400,000 people on these mortgage holidays, we can expect that when those start to taper out we’ll see a bit of an uplift in arrears.

“But, hopefully, by that time we’ll see a bit of an improvement in the labour force and more people back on the incomes they were before the onset of coronavirus.”

That is one reason why Ms Owen is not expecting those falls to turn into a full-blown property market crash.

“Economic conditions seem a bit better than what was initially forecast by the RBA and so it is likely that we’re not going to see a housing market crash,” she added.

Ms Owen said the number of property listings is the key piece of data to watch to predict how the market may move in the short term.

CoreLogic’s figures show listings are up 42 per cent from a low point in early May but, so far, those extra properties for sale are finding buyers, with home sales also up more than 20 per cent in May and nearly 30 per cent in June.

“So far, nationally, that’s been well absorbed by high sales volumes and so the total stock on market is still tight and still trending down,” Ms Owen said.

“We are starting to see signs of an accumulation of total stock across Sydney and Melbourne and, of course, that’s where we see higher levels of investment as well.”