Property prices are expected to rise 10 per cent over 2020 as low interest rates entice buyers back into the market.

The pace of growth will ease in the second half of the year as more and more housing becomes unaffordable for increasing numbers of people.

But that’s not to say the boom is ending any time soon.

Ms Mousina said in a note to clients that AMP expected “national home prices to increase by around 10 per cent in 2020”.

“After 2020, we expect price growth to be more moderate, around 5 per cent per annum,” Ms Mousina wrote, adding that the recent run up in debt didn’t yet pose a risk to financial stability.

The current upswing started in Sydney and Melbourne when the Reserve Bank cut rates in June.

Price increases were modest at first.

But another two rate cuts and an easing of serviceability standards kicked things up a gear, with the lift in values eventually spreading to all other capital cities. 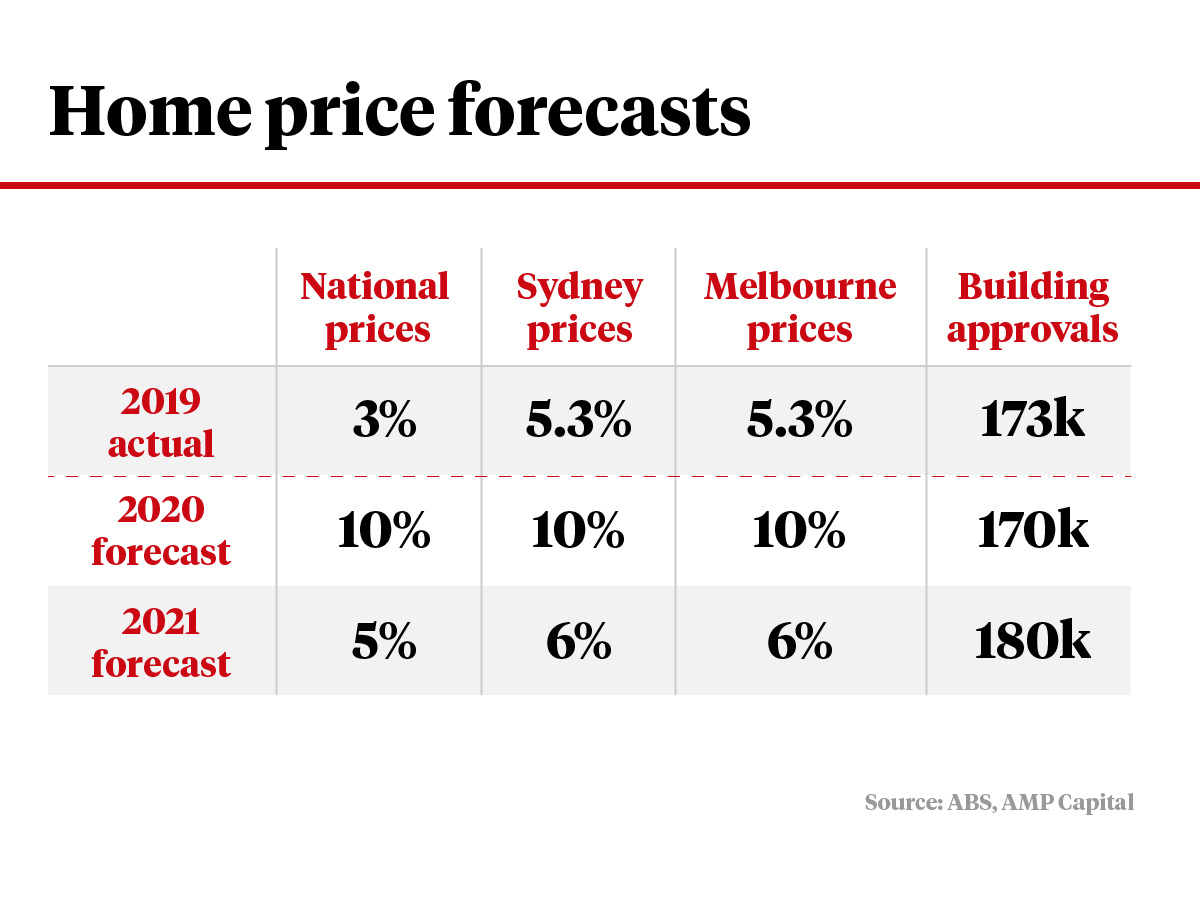 As of January 31, property analytics firm CoreLogic said national prices had lifted 6.7 per cent since finding their trough, with the median in Sydney and Melbourne coming in at $862,814 and $681,925 respectively.

Ms Mousina said record-high debt levels and tighter lending standards would conspire with tough economic conditions and an increased supply of units to take some heat out of the market.

But low interest rates and the prospect of further cuts will outweigh these factors.

And sluggish building approvals point to supply shortages in the near future, meaning prices could get another boost down the track.

“Building approvals need to be running around 18,000 per month to keep up with demand, which remains high because of migration. However, approvals are only tracking at around 15,000 per month,” Ms Mousina wrote.

“The risk is that housing demand will start to track above new supply again which will push vacancy rates down and put upward pressure on home prices and rents again.” 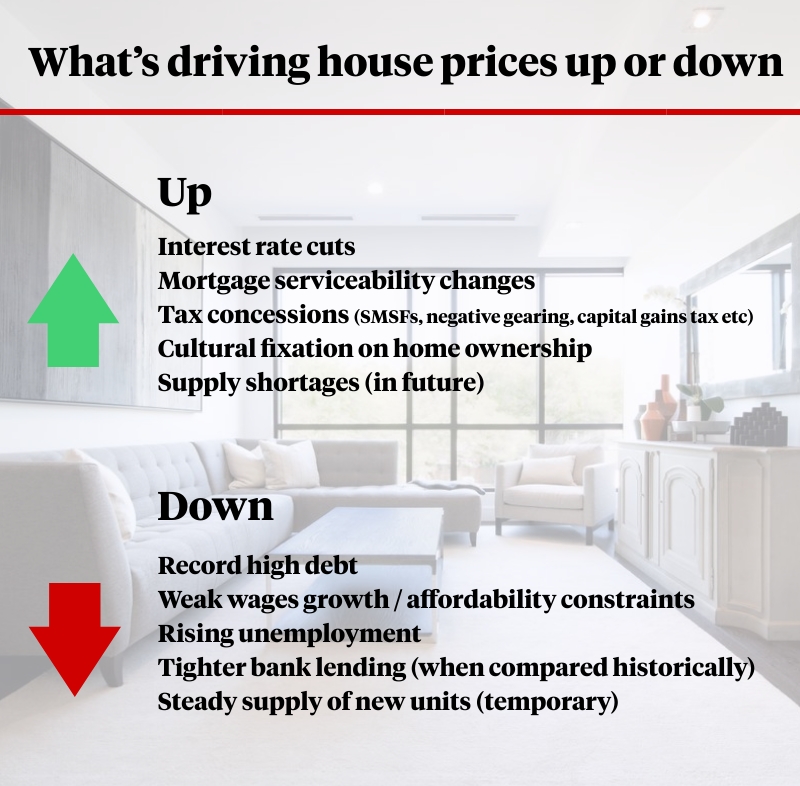 Ms Mousina said governments had a role to play in ensuring the supply of housing met demand, “especially through land release”.

Germany could provide some pointers, she said.

The European nation tends to build more homes than Australia as their governments set targets for the supply of new housing, whereas Australia’s “discretion-based system” gives local residents the power to stop new projects from getting off the ground.

The use of this veto power is often referred to as NIMBYism, or not-in-my-backyard-sentiment.

AMP’s revised housing forecasts come as the Australian Bureau of Statistics announced on Wednesday that the value of total construction work done fell 3 per cent over the last quarter of 2019.

The value of completed work was 6.6 per cent lower than the year before.

Ms Mousina said the construction downturn alone would detract one percentage point from this year’s GDP.

Westpac senior economist Andrew Hanlan described the figures as “a weak end to what was a weak year for the sector”.

“Disruptions from the bushfires may have added to the weakness in the quarter – although it is notable that sizeable falls were evident in all states,” Mr Hanlan wrote.

“As to implications for broader economic growth, with the construction sector representing around 13 per cent of the economy, the 3 per cent drop in work in the December quarter will have a material direct impact.”

And that was before the coronavirus.