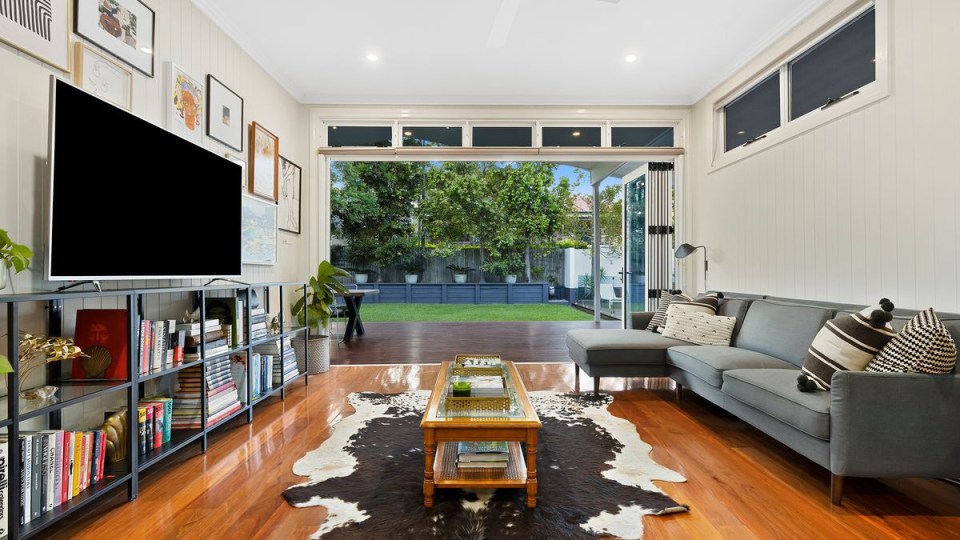 This Queenslander was Brisbane's most expensive sale. Photo: Belle Property

Keen bidding saw capital city auctions notch up a national clearance rate of 77 per cent as 2446 homes went under the hammer.

Sydney recorded the highest clearance rate with 81 per cent of listings finding buyers, and Melbourne came close behind with 79 per cent.

The improved success rates came despite a lift in the number of properties listed for sale.

Melbourne was once again the busiest auction market, with a total of 1215 auctions, according to CoreLogic.

Sydney was the second busiest with 938.

Sydney recorded the most expensive sale among the capitals when 15 Stanley Avenue, Mosman sold through Simeon Partners for $8,460,000.

The four-bedroom, three-bathroom home had a price guide of $6.5 million.

After 11 registrations and 21 contracts issued, the selling agent Richard Simeon advised there was “one delighted vendor”.

Mosman Daily reported there were 65 bids lodged during the 30-minute auction.

It was the first time the 600-square-metre residence had been offered to the market in 37 years.

Sydney’s most affordable auction was a two-bedroom, one-bathroom apartment at 10/118 Woodbury Road, Berala.

My Housing Market chief economist Dr Andrew Wilson said the Sydney auction market had recorded “the highest for the year so far, despite another surge in listings.”

Sydney’s Northern Beaches had the highest clearance rate among all sub-regions – supporting earlier claims from Hotspotting.com.au founder Terry Ryder that the suburb was Sydney’s “leading market”.

CoreLogic said it saw a clearance rate of 95 per cent from 100 auctions.

Of the 970 results captured in Melbourne, 772 homes were sold.

The five-bedroom postmaster’s residence sold through Woodards for $4,040,000.

Built in 1889, the 510-square-metre residence features a grand arched hallway and staircase that transitions to a north-facing lounge area.

It has a spacious back yard accessible via the Post Office Lane, and the post office lessee, Australia Post, is open to staying on at an annual rental of around $31,000.

Elsewhere, there was a higher undisclosed sale in Kooyong, where three bidders took the top offer for 3 St Martins Close to $5,561,000.

It was sold after auction at an undisclosed price.

The Steve Domoney Architecture-designed home set in Jack Merlo gardens is a four-bedroom, five-bathroom home with a study set on a 600-square-metre block.

It was the nation’s cheapest capital city result.

Across the smaller auction markets, Canberra recorded the highest preliminary clearance rate of 70 per cent.

Brisbane came hot on its heels with 62.7 per cent.

Brisbane’s most expensive auction, according to Domain, was the Queenslander at 50 Groom Street, Gordon Park.

The four-bedroom, three-bathroom home was sold through Belle Property for $1,950,000.

It sits on 1214 square metres of land and comes with a solar-heated pool.

“This is one of few single-storey properties in a predominantly double-storey area so it really appealed to downsizers, and indeed, it was a Victorian downsizer who was the winning bidder,” Ray White Bundoora agent Joe Torzillo said of the sale.

“The market is definitely upbeat right now,” he added.