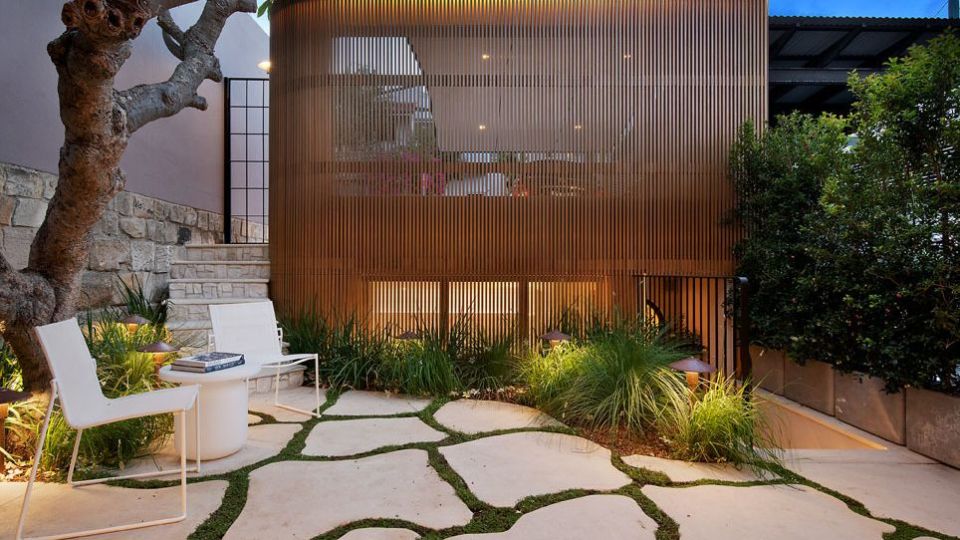 The most expensive sale of the week was at 74 Cascade Street, Paddington, NSW. Photo: Phillips Pantzer Donnelly

Capital city auctions saw a success rate hovering around 78 per cent this weekend.

Canberra came top of the pile with a 90 per cent clearance rate, while Sydney’s came in at 80 per cent.

Melbourne was the busiest auction market with just over 700 auctions, CoreLogic reported.

“Sydney was the second busiest with 578 offerings.

In Melbourne, 586 results were captured and 464 homes sold.

Sydney had the most expensive sale among the capitals.

It was architecturally designed by Noekdesign and newly rebuilt by Huntsman Constructions.

The then three-bedroom, two-bathroom house had previously sold for $2.3 million. It sits on a 183-square-metre block and has been transformed into a luxury home with aged-brass finishes and Venetian plaster walls.

And a six-bedroom, three-bathroom house at 25 South Street, Strathfield sold under the hammer for $4,420,000 through Richard Matthews Real Estate.

At the other end of the market, Sydney’s most affordable auction was at 10/39 Bathurst Street, Liverpool.

In Melbourne, the highest residential sale was a four-bedroom, two-bathroom house at 50 Chaucer Street, St Kilda, according to Domain.

There was a $2.7 million to $2.9 million price guide, and an opening bid of $3 million from the first of three bidders.

The five-bedroom, three-bathroom house sits on 298 square metres of land.

Meanwhile, Brisbane’s most affordable house sale was 45 Grice Crescent, Ningi, which sold for $370,000 through Raine & Horne.

The shock sale of the weekend was the garage at 32 Little Graham Street, Albert Park.

Some seven bidders battled for the 46-square-metre garage, among a crowd of more than 100.

The buyers, Lola and Brenton Smith of Templestowe Lower, secured the property with plans to redevelop it into a two-storey terrace.

Over in Canberra, volumes were down on previous weeks.

But the capital recorded the nation’s strongest clearance rate of 90 per cent.

There were 14 registered bidders at an auction for a large home at 16 Bussell Crescent, Cook, which sold for $1.3 million to a local family.

Ray White agent Troy Reddick noted the average number of bidders was rising “so we’re expecting to have a strong year”.

Another sale was 6 Welsh Place, Chifley, a four-bedroom, two-bathroom house which fetched $1,135,000 through McGrath Woden.

Meanwhile, Adelaide had the cheapest sale across the capital cities.

This week, 1555 homes were taken to auction across the capital cities.

Last week, 1167 auctions were held, returning a revised clearance rate of 67 per cent, according to CoreLogic.

Over the same week last year, auction volumes were slightly lower with 1450 homes going under the hammer across the capital cities, returning a combined, final auction clearance rate of just 51 per cent.