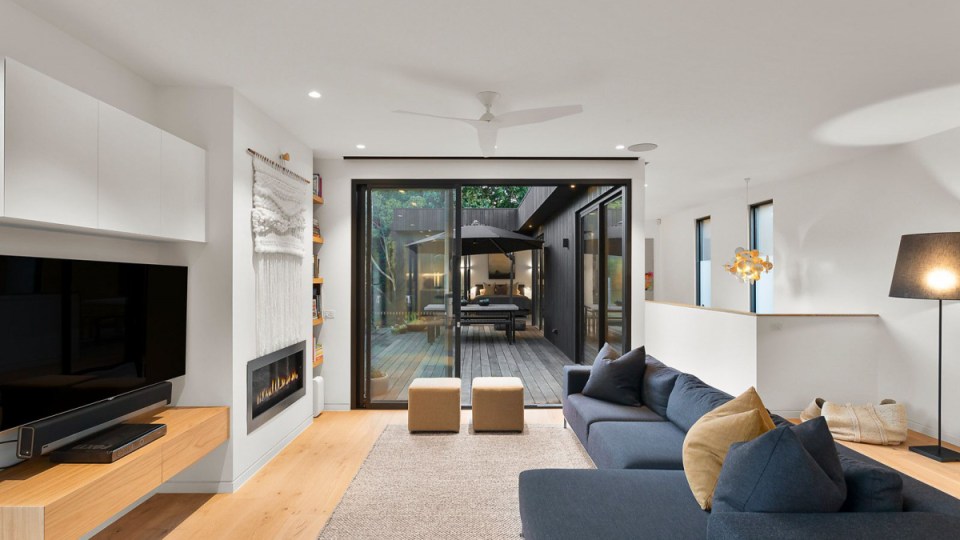 Last week was a big one for auctions despite its proximity to the year's end. Photo: Marshall White

Some 1394 Melbourne homes were taken to auction, returning a preliminary clearance rate of 73 per cent.

The top sale was 3A St Martins Close, Kooyong, which fetched $2.99 million.

The contemporary four-bedroom, three-bathroom home sold through Marshall White, whose price guide had been $2.1 million to $2.3 million.

It was built two years ago on its 509-square-metre block.

Over the previous week, 1520 homes were taken to auction across Melbourne, returning a 73 per cent final clearance rate, according to CoreLogic.

Over the same week last year, a much lower clearance rate of 44 per cent was recorded across 1173 auctions.

There were 846 homes taken to auction across Sydney this week, down on the week prior when 976 auctions were held.

Preliminary results show a clearance rate of 73 per cent, which was around last week’s final result.

One year ago, 723 auctions were held across Sydney returning a final clearance rate of only 38 per cent.

The top sale in Sydney was at Dural when the Duralong acreage estate fetched $5.08 million.

The two-hectare holding with a five-bedroom, five-bathroom home is set in manicured gardens with in-ground saltwater pool and championship-size tennis court.

The 7 Wyoming Road home sold through Kate Lumby and Will Hampson, having last sold six years ago for $3.025 million.

The weekend listings were much higher than anticipated for what, effectively, was the last auction weekend of 2019, the boss of SQM Research Louis Christopher noted.

“It has been an eventful one for the housing markets,” he said, adding that a “V-shaped recovery” came with the bottom of the market occurring immediately after the May election.

Both Sydney and Melbourne saw “strong” finishes to the year, the chief economist at AMP Capital Shane Oliver said.

Melbourne has about 240 scheduled auctions for next Saturday, December 21, with 120 offerings in Sydney, according to Domain.

However, many agents will seek to find a buyer ahead of auction, or withdraw the property from auction if buyer interest is not sufficient.

There were 2750 homes taken to auction across the combined capital cities this week, with volumes down by 5.6 per cent on last week’s 2912 auctions.

One year ago, 2406 auctions were held across the combined capitals, with only 40 per cent returning a successful result.

The smaller capital cities returned varied results, with Adelaide coming in with the highest preliminary clearance rate of 60 per cent, while only 34 per cent of Perth homes sold at auction.

There was a 45 per cent success rate in Brisbane. It was 57 per cent in Canberra.

The 33-square-metre space had last been up for rent at $190 a week three years ago.

Auction clearance rates remain healthy as 2019 starts to wrap up