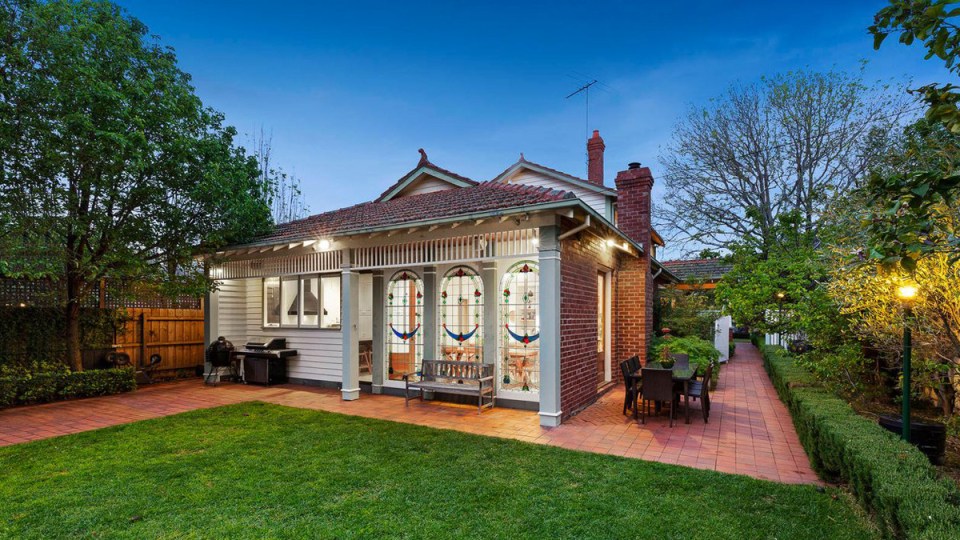 Melbourne’s auction market is running out of steam, but Sydney shows little sign of slowing down. Photo: Buxton Real Estate

But Dr Wilson noted the typical surge in late spring auction listings had failed to slow the Sydney auction market.

CoreLogic auction analyst Kevin Brogan said clearance rates across the largest cities have mostly remained above 70 per cent since July, implying that vendors remain in a strong selling position, he said.

“Next week we are expecting auction numbers to lift by around 14 per cent, to be the biggest week of auctions held so far this year,” Mr Brogan said.

Despite the emerging difference in market sentiment, there was just $5000 difference between the cheapest offerings in Sydney and Melbourne.

The renovated, one-bedroom ground-floor unit sold through Nelson Alexander Essendon had a price guide of $285,000 to $310,000.

The garden apartment, that sold through Ascott Real Estate, sits in a block of just 12.

Across the nation, there were 2599 homes taken to auction across the combined capital cities this week, returning a preliminary auction clearance rate of 72.9 per cent.

Last week, 2590 auctions were held when the final clearance rate came in at 70.1 per cent.

Over the same week last year, auction volumes were slightly higher with 2701 homes going under the hammer across the combined capital cities, returning a final auction clearance rate of just 41.9 per cent.

Melbourne’s top sale was a period home that fetched $3.85 million in Brighton.

The 41 Drake Street home sold through Buxton had four bedrooms plus study on a 778-square-metre block between the Golden Mile foreshore and village shops.

It came with open fireplaces and a leadlight entry.

One year ago, the clearance rate was just 41.4 per cent across 1132 auctions.

There were 934 auctions held in Sydney this week, returning a preliminary clearance rate of 82.3 per cent.

By comparison, there were 947 auctions held over the previous week and the final auction clearance rate was 71.9 per cent.

Sydney’s top sale was at Mosman when Raine & Horne agents secured $4.7 million for a four-bedroom apartment.

Across the smaller auction markets, Brisbane had the highest volume of auctions with 184 homes going under the hammer, returning a preliminary clearance rate of 46.4 per cent.

The action began with a bid of $3 million and rose to $3.95 million when it was called on the market.

The buyers are a local family planning to renovate the house.

“Buyers are no longer waiting and there’s signs of people jumping in or risking FOMO (fear of missing out),” selling agent Damon Warat said.

The price was less than its sale last year for $4.3 million.

The Ray White group also sold the home of its joint chairman Paul White in Clayfield.

It sold under the hammer for $3.425 million with four registered bidders.

The 1930s-style home called ​Arlington at 129 Adelaide St East​ was listed by Mr White and his partner Lynne Porcsin, who have owned the four-bedroom, classic single-storey home on one of Brisbane’s best streets since paying $3.025 million in 2014.

Sellers in position of strength as clearance rates hold firm