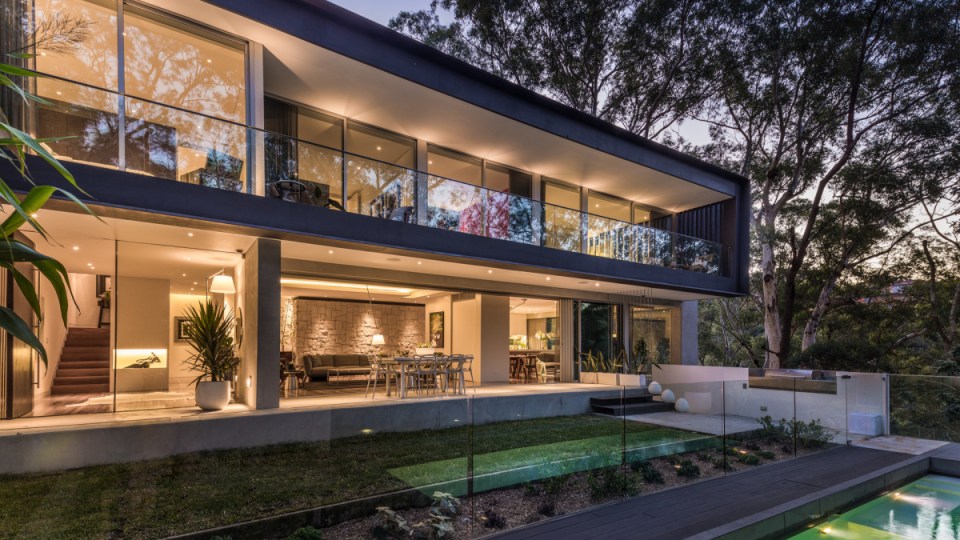 Sydney’s top weekend result was on the lower north shore at Cremorne, where $7.32 million was paid for a four-bedroom contemporary home.

Set just above Primrose Park, its vendors Cate and Torod Holst had commissioned Goran Stojanovic of X.PACE Design Group to build the home in 2013.

With filtered views of Willoughby Bay, it sold through Di Jones Lower North Shore, which had given a $6 million guide.

The five-bedroom home at 118 Young St, Cremorne sold $770,000 above reserve to a Chinese-Australian family who postponed a flight to China to be at the auction.

The weekend focus was on the Sydney market, with Melbourne’s Spring Racing Carnival cutting the volume of auction listings.

Sydney achieved a preliminary clearance rate of 79 per cent across 832 auctions listed, according to CoreLogic figures.

On Saturday there were 672 auctions with 510 results and 404 being sold, with the ensuing 79 per cent success rate being the first time below 80 per cent since late September.

But SQM research boss Louis Christopher said the fact the clearance rate hadn’t fallen far in a seasonal trend means Sydney dwelling prices could return to their 2017 peak by the middle of 2020.

The prediction, initially reported by Australian Financial Review, was based on clearance rates in the late spring selling season, which typically fall to the low 60 per cent or high 50 per cent range by November, Mr Christopher said.

In the downturn last year they had fallen into the 40 per cent range.

“This indicates that the market is still strong in Sydney and prices were still rising,” Mr Christopher said.

CoreLogic noted the weekend saw 41 per cent fewer homes taken to auction across the combined capital cities, with the auction activity significantly lower across Melbourne amid the Spring Racing Carnival.

There were 1535 capital city homes auctioned, lower than the 2622 last week and similar to the 1541 auctions held over the same week a year ago.

The lower week-on-week activity returned a preliminary auction clearance rate of 73 per cent.

The dearest house sale in Melbourne was $1.876 million paid for 39 Ray Drive, Balwyn North, according to the REIV.

The marketing by Buxton stressed the four-bedroom, two-bathroom house was in the coveted Balwyn High School zone.

There was also a 1470-square-metre development site at 6-8 Lisbon Street, Glen Waverley which fetched $4.98 million.

It was mid-range on the estimate of $4.8 million to $5.2 million given pre-auction by Andy Lou at LLC Real Estate.

There had been a $4.3 million opening bid.

It is likely to become a family home.

The vendors has been in the home for 45 years.

“It was also great to see a first-home buyer outmuscle a builder and a developer,” Mr Diamantopoulos said.

There were 254 Melbourne homes taken to auction.

The lower volume saw the preliminary clearance rate fall, with 73 per cent of homes selling after last week’s final auction clearance rate of 75 per cent.

Across the smaller auction markets, Canberra was the best performing with a 74 per cent success rate as volumes doubled across the city.

Adelaide followed with 64 per cent of auctions returning a successful result.

The nation’s cheapest sale was in Adelaide.

“It is in need of fresh paint, upgrading and TLC, so bring your paint brush, overalls and new ideas,” the Ray White agent Dominic Cirillo said.

He also suggested it was an opportunity for property developers, looking to subdivide and build two or three new dwellings on the 880-square-metre holding.