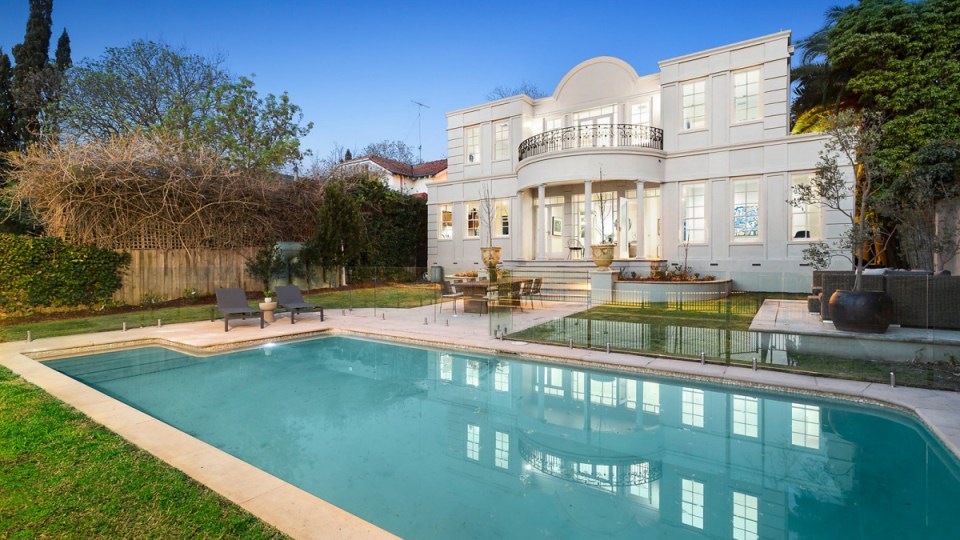 Melbourne had the nation’s top auction sale when $6.3 million was paid in South Yarra.

At $5.45 million it was declared on the market.

The fourth bidder only came in at $5.9 million, and fended off the opening bidder in the final straight.

The initial price guidance had been $5 million to $5.5 million for the 1920s Georgian-style home that was marketed as “retaining its original charm”.

There was higher bidding at a Kew offering with city skyline views. But it was passed in at $6.6 million on a vendor bid.

The 7 Wrixon Street offering is now for sale at $6.895 million through Marshall White, which had offered an initial $6.8 million to $7.2 million auction price guide.

It is a five-bedroom contemporary home on a 1565-square-metre block with tennis court and pool.

Melbourne also had the cheapest sale around the capital cities.

It was when the ground-floor, one-bedroom apartment at 2/4 Prince Street, Essendon North sold for $215,000.

There were 912 Melbourne homes taken to auction this week, according to CoreLogic, with a 75 per cent success rate – similar to the final auction clearance last week when volumes were slightly higher at 974 offerings.

One year ago, 45 per cent of the 1087 Melbourne homes taken to auction found buyers under the hammer.

“More sales volumes could have weighed on them.”

Sydney returned a preliminary auction clearance rate of 84 per cent across a similar volume of auctions week on week.

There were 724 Sydney homes taken to auction.

The top sale was a pre-auction result at Hunters Hill at $4.408 million through McGrath to an inner-west family.

The Toocooya Road home, TreMon last sold for $2.2 million in 2005, but had been listed twice last year without success.

There was no bid when a lavish whole-floor apartment in the Harry Siedler-designed Horizon building went to private auction.

There was only a vendor bid of $16 million for the five-bedroom, 40th-floor residence which was listed with a revised price guide of $16.5 million, after being listed at $20 million earlier this year.

It is credited as the largest, single-level apartment in its Knight Frank marketing.

Sydney’s prior week’s figures saw 76.9 per cent of the properties clear as at final figures.

Canberra was the best performing of the smaller auction markets, with a preliminary auction clearance rate this week of 64 per cent. Adelaide followed closely with 63 per cent of homes selling at auction.

“Stock is still quite low and this is resulting in large turnouts and lots of registered and active bidders at auction,” Morris said.

“The highest offer we had previously was below the figure it sold for under the hammer,” selling agent Leon Yuan said.

CoreLogic tallied just under 2000 capital city homes taken to auction, steady week on week although the 75.6 per cent clearance rate came in lower than the previous week’s preliminary figure of 77.3 per cent, which revised down to 73.5 per cent at final figures.

“It’s expected that this week’s final figure will come in below that given the lower preliminary figure,” Corelogic auction analyst Kevin Brogan said.

Last year, 2139 homes were taken to auction over the same week, however only 46 per cent of these sold.