Developers are giving away free furniture and offering to pay buyers’ council rates, in what analysts say is a desperate attempt to shift excess stock.

The Gallery at Endagine, south of Sydney, is luring prospective buyers with a furniture gift card equal to 3 per cent of the purchase price.

The Malt District, in Richmond, East Melbourne, is giving first-home buyers $20,000 towards their deposit.

Such discounts and incentives are par for the course at this stage of the construction cycle, he said. As are developers offering buyers’ agents large cash incentives and commissions of up to 6 per cent to sell unwanted apartments.

But a healthy pipeline of projects suggests there are plenty more incentives to come. 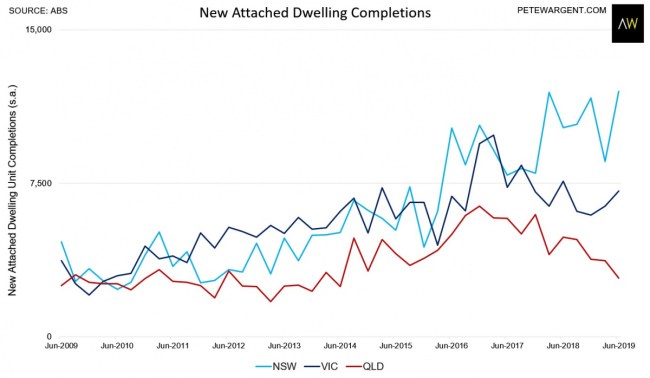 “Even now, there’s a high volume of completions coming through,” Mr Wargent said.

“In the June quarter, the number of completions in New South Wales for apartments was the highest ever … so there’s likely to be more discounts and unconventional measures to get stuff sold.”

Despite the testing selling conditions, developers will do whatever they can to shore up the purchase price.

According to Angie Zigomanis, associate director of residential property at BIS Oxford Economics, that’s because dropping the price for some units could drag down the valuations of neighbouring units that were previously sold for a higher price.

When that happens, the amount banks are willing to lend buyers is less than the contracted purchase price, meaning buyers either need to cover the shortfall, or forfeit their deposit.

By holding firm on the purchase price and offering incentives instead, developers hope to prevent this from happening.

But Mr Zigomanis said this comes at the cost of over-valued apartments.

“Most developers will take into account the incentives and discounts in terms of the net price,” he said, adding that spelled trouble later on. 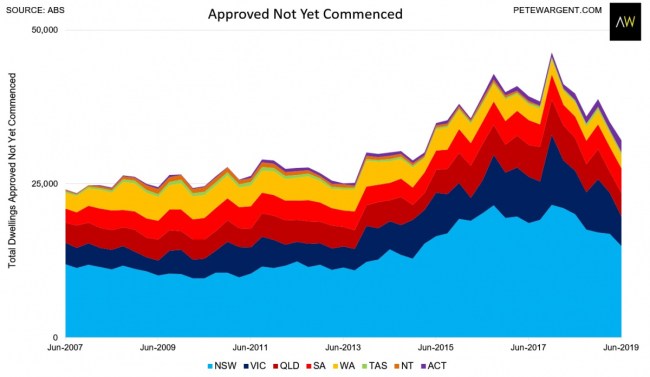 “But if it re-sold for $450,000 … when you look at the listed purchase price, it would reflect a 10 per cent drop in value – so it’s a double-edged sword in that sense. And that [affects] valuation down the track.”

Propertyology director Simon Pressley has a clear message for buyers tempted by the flood of incentives and discounts.

“Do not touch high-rise apartments,” he said to The New Daily.

Based on historical data, Mr Pressley predicts the capital growth of newly built, high-density apartments to lag that of houses by at least 20 percentage points over the next five years.

High-rise buildings had been built to such a poor standard over the past two decades that governments could only restore public confidence by knocking some down, he said.

“There will be significant challenges for the construction industry for quite some time … [because] we have been building a lot more apartments than we actually need,” Mr Pressley said.

“Significant job losses is one concern … and selling apartments off the plan is going to become increasingly difficult for developers … because the consumers are getting more educated on the crap quality of construction in this country due to poor quality control.

“The Mascot Towers stories … all that kind of stuff … it’s just the tip of the iceberg.”

Is half of your home going to waste? It’s time to look at how we use space
Today's Stories