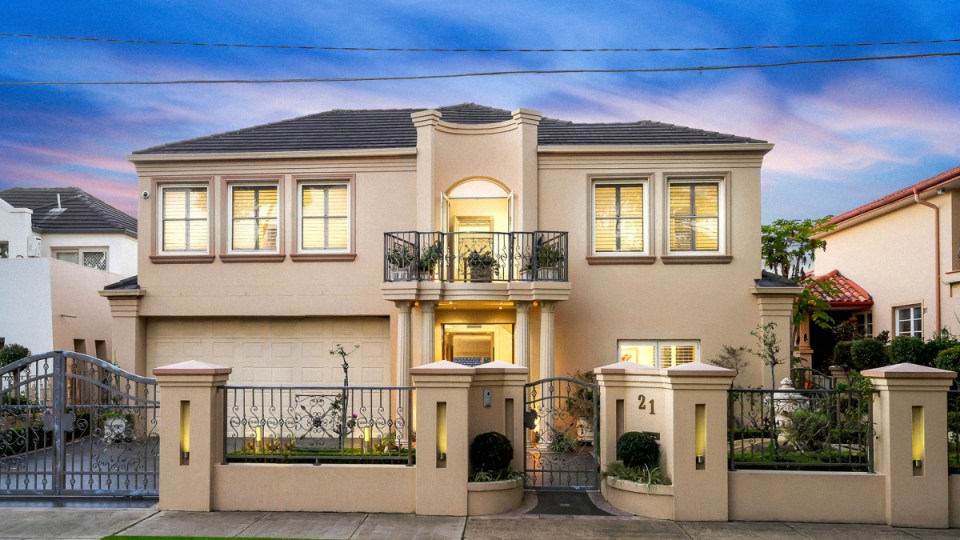 Confidence in the property market is steadily improving, according to Finder. Photo: Belle Property

New research has found more than half of Australians believe property prices in their area will increase over the next 12 months.

And roughly the same number believe now is a good time to buy.

Comparison site Finder asked 6077 Australians over six months for their opinions on the property market.

They found the majority of home owners view the market in a favourable light, with 59 per cent saying they thought now was a good time to buy a home, and 52 per cent believing that properties in their area would be worth more in a year.

“This is likely driven by three recent cash-rate cuts, increased lending flexibility and some certainty from the presumed continuation of negative gearing,” she said.

The survey comes after four consecutive months of price growth in Sydney and Melbourne, with prices in Australia’s two largest cities now up more than 4 per cent since June. 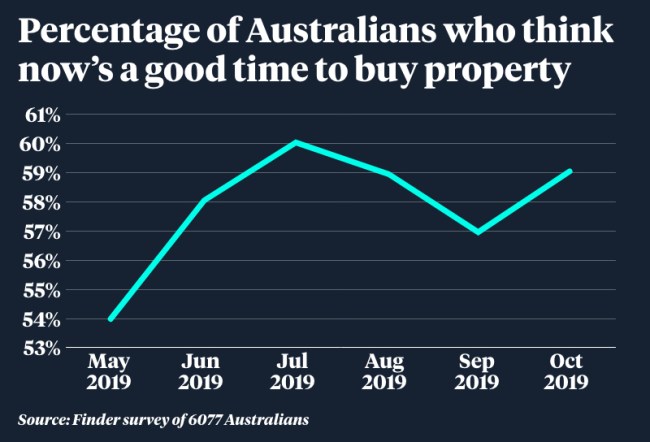 He is predicting properties to be worth more at the end of this year than they were at the beginning, despite values falling for the first six months.

But whether prices will continue to grow into 2020 will depend on the level of supply, he said.

“If that continues to build, then the market will probably start to plateau,” he said. 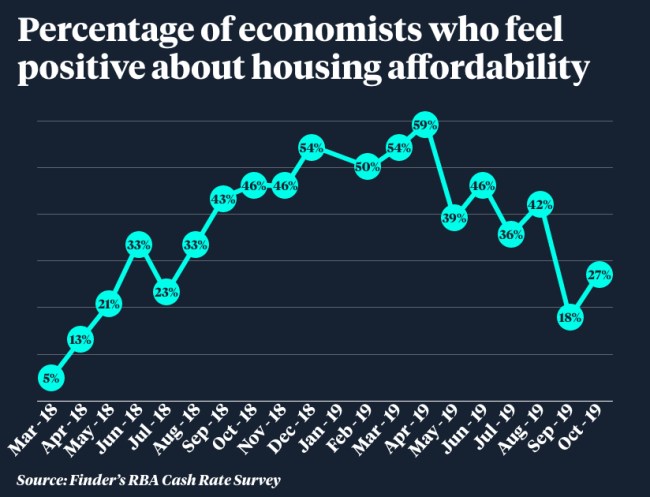 According to him, weak wages growth, rising unemployment, and growing uncertainty in the global economy could weigh down prices over the short to medium term – meaning prospective buyers should think carefully before diving headfirst into the market.

“If real estate is a long-term investment, then people need to purchase based on their long-term lifestyle objective and life choices … because once you buy into something, you can’t sell it easily,” Dr Ho said.

“That’s why there’s sometimes a benefit to purchasing when you’re slightly older, because you’re probably more in tune to knowing what you want and where you want to be.”

For example, Dr Ho said people who bought property at a young age might be more likely to turn down a promising career opportunity that required moving interstate or overseas.

And he said people who owned a property weren’t always better off than people who rented and kept their money in a savings account.

According to a model he developed for Curtin University and the Real Estate Institute of West Australia, median house prices in Perth “would need to grow more than 2.6 per cent annually for the next 10 years for the purchase of a house … to be considered more financially viable than renting”.

The model only focuses on the financial aspect of housing decisions and, for now, is limited to Perth.

But Dr Ho said the idea underpinning it – that the cost of buying and owning a house is greater than your mortgage repayments – is relevant to all aspiring home owners.

“[The model] assumes that if you’re renting, you’re putting your money in savings accounts, which means the person renting is invested in something that gives a really, really low return,” he said.

“But if your money is invested in something else – let’s say shares, or into super, which gets a higher return – then house prices need to grow even faster to match that investment.”

Dr Ho said the higher the median house price, the faster prices would need to grow for the investment to be worth it, too, as the interest payments on the loan would be higher.

Melania Trump: Bombshell revelations about what she did during US Capitol riot
Retailer pauses facial recognition tech trial after privacy complaint
Donald Trump grabbed at steering wheel in bid to get to Capitol riot
Two charged over US migrant truck deaths
Governor-General admits ‘mistake’ over Insta ad endorsement
Hundreds of hives destroyed in bee mite eradication effort
‘Dead money’ or owning a house: Is renting better in the long term?
Today's Stories