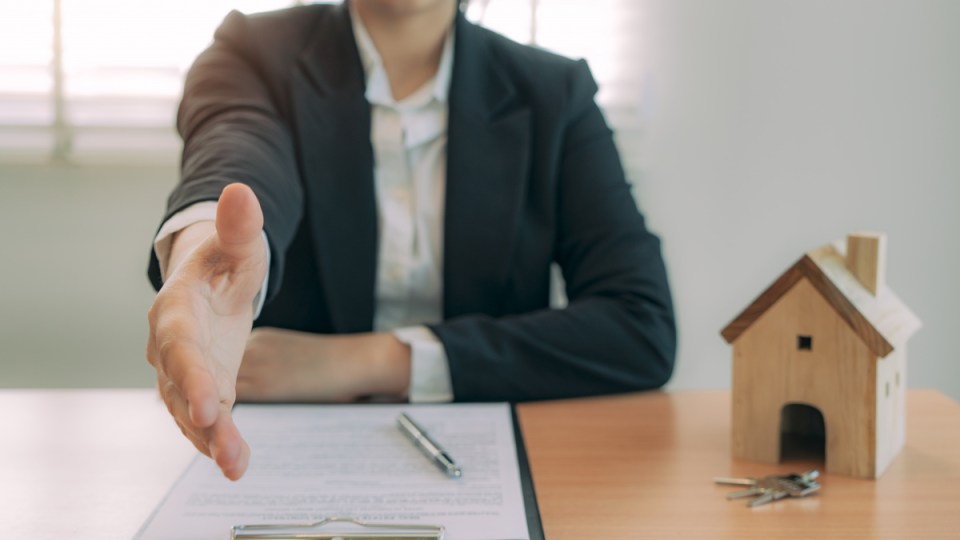 Consumer groups say the government must do more to fix the mortgage broking industry. Photo: Getty

Consumer groups are calling on the federal government to do more to fix the “problem-plagued” mortgage broking industry.

In a joint statement with six other consumer groups, Choice welcomed draft laws requiring mortgage brokers to act in their clients’ best interests.

But they said the government, which is consulting on laws it drafted in response to the banking royal commission, needed to remove other “loopholes that would harm consumers”.

Choice said the mortgage broking industry offered “the illusion of competition” and was “not finding people cheaper-priced loans”.

“They are selling people into riskier loans that are more likely to fall into arrears and take longer to pay back,” said Choice CEO Alan Kirkland.

“It remains the industry’s worst-held secret that big banks have swallowed up almost the entire broking industry.

“Nearly 70 per cent of loans arranged by brokers are from aggregators owned by the big banks.

“It should come as no surprise that broking businesses regularly send loans straight back to the bank that owns them.”

The seven consumer groups said in a joint submission to Treasury on the draft laws that introducing a ‘best interests duty’ alone wouldn’t be enough to fix the “problem-plagued mortgage broking industry”.

The groups threw their support behind the draft law’s requirement that brokers act in the best interests of their clients, as well as behind the planned prohibition of campaign-based and volume-based commissions.

But they also called on the government to extend the ‘best interests duty’ to all products offered by brokers, and to beef up penalties for licensees and lenders who break the law.

Choice said the proposed penalty of $1.05 million should be increased to “at least $10.5 million”.

And they also called for record-keeping obligations to be strengthened, and clawback provisions – which see banks take back commission payments if a customer defaults or switches to a different loan in the first two years – to be scrapped.

“The clawback arrangements in the draft legislation will encourage brokers to leave borrowers in loans that aren’t the best available,” Choice said.

“No broker should be penalised for switching a client into a better-priced loan within two years.”

Choice argues that mortgage broker commissions should be replaced by upfront fees to encourage brokers to find the most suitable loans for their clients, rather than the loans that pay them the most commission.

Commissioner Kenneth Hayne came to the same conclusion during the banking royal commission, which also found brokers regularly encouraged borrowers to take on larger loans so they could earn more cash.

Hero Broker founder Clint Howen agreed with most of the points Choice made in its submission.

But he said more needed to be done to ensure the ‘best interests duty’ was a win-win for brokers and customers.

“The lenders that offer really good rates, they don’t typically offer the best commissions. So if a broker pushes one of those products, it normally means that they’re going to be worse off for it,” Mr Howen said.

“So if you’re going to make it a law that brokers have to push consumers into the best or most competitive product, then the broker shouldn’t be punished for it.”

Mr Howen – whose online platform gets paid 0.4 per cent of the loan amount by every lender, rather than a commission that varies from lender to lender – said lenders should be required to pay the same flat fee to brokers, regardless of the loan type, so that brokers aren’t punished for pushing customers into more competitive products.

The draft law is proposing to more than double the maximum existing penalty from $420,000 to $1.05 million.

“It’s like saying if you’ve been caught going five kilometres over the speed limit, you should be thrown into jail for 12 months and lose your licence for life,” Mr White said.

“These things are designed to deter and appropriately penalise people … they’re not designed to bankrupt companies … [and] a one-man-band brokers who’s earning $85,000 a year would be instantly bankrupt by these fines.”

The consumer groups’ submission comes after a report by ASIC found one in 10 borrowers were struggling to make repayments within 12 months of taking out a loan.

Among other things, the report also found brokers were doing a poor job of explaining their reasons for matching borrowers to certain products.