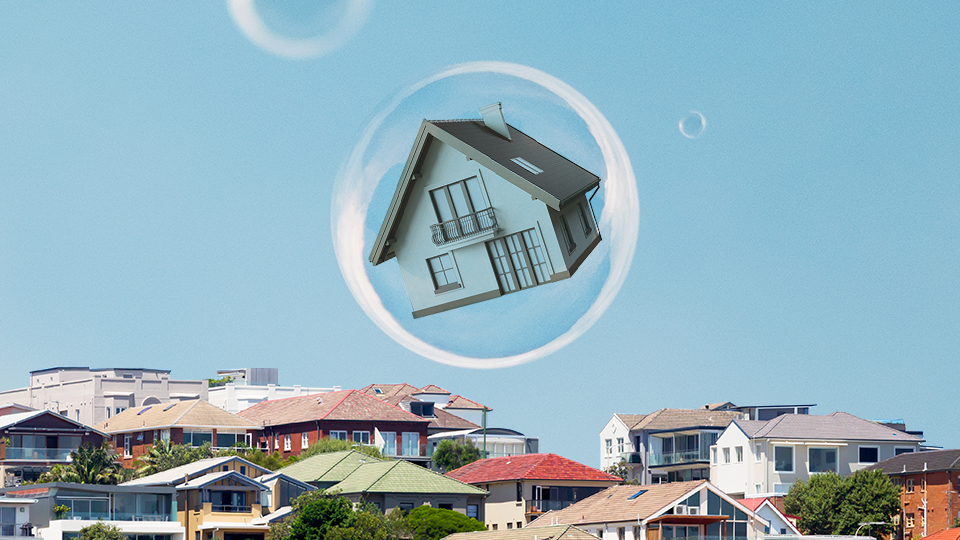 House prices in Sydney and Melbourne increased for the fourth consecutive month in September. Photo: TND

Fresh data has revealed property is booming again in Sydney and Melbourne.

The increases marked the fourth consecutive month of price jumps, and came before the Reserve Bank’s decision to slash interest rates to a record-low 0.75 per cent.

Brendan Coates, program director of Household Finances at the Grattan Institute, said the pace of the house price rebound had been “quite striking”.

“Prices are up almost 2 per cent in Sydney and Melbourne in September alone – and if that pace is sustained even for just a few months, we would wind back most of the house price falls that we’ve seen over the last couple of years,” Mr Coates told The New Daily.

“That’s clearly been driven by APRA’s relaxation of the serviceability buffer, together with successive interest rate cuts, and the prospect of more on the way.” 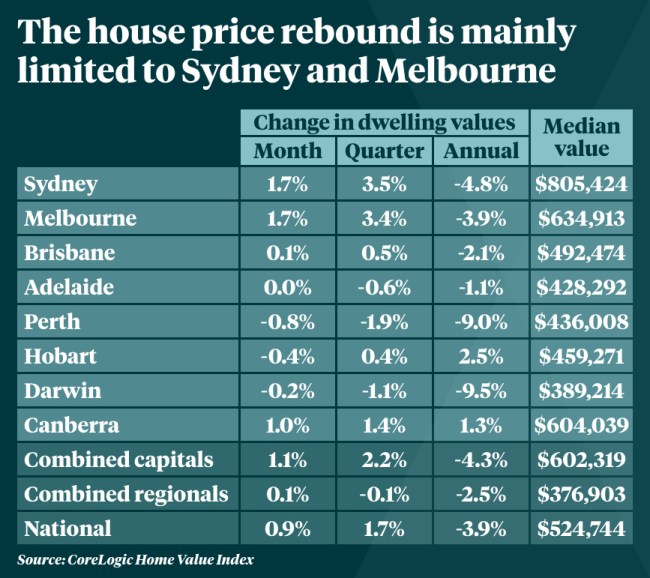 Given the record-high levels of household debt, Mr Coates said this meant regulators would need to keep a very close eye on mortgage lending.

“Because it’s pretty clear that as interest rates fall, house prices rise – and that was always one of the concerns the Reserve Bank had in cutting rates,” Mr Coates added.

CoreLogic’s head of research Tim Lawless said house prices had grown much faster than he had predicted back in June.

He said the Coalition’s surprise election victory, APRA’s easing of mortgage serviceability requirements, and the RBA’s interest rate cuts had all played a major role in the faster-than-expected turnaround.

But he said the fact the house price rebound was largely limited to Sydney and Melbourne suggested more powerful forces were at play.

“I think that’s why Sydney and Melbourne is set apart from the rest of the market.” 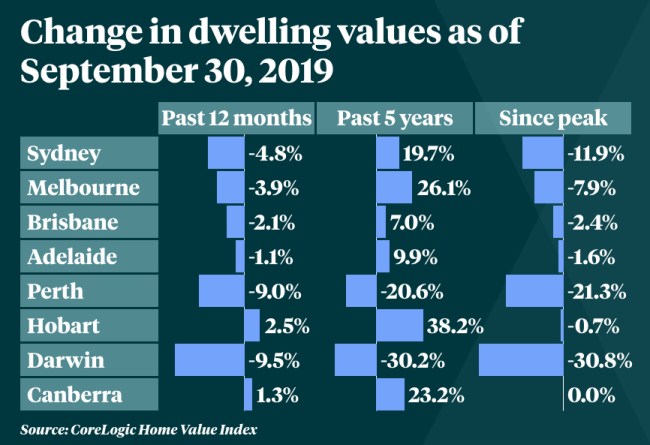 Mr Lawless said price rises would fuel further price rises too, as they would likely draw more investors into the market.

“Investors in the last few growth cycles have tended to follow a bit of a herd mentality,” he said.

“They always seem to go to the markets where capital gains are flowing the fastest, and arguably that creates even more competitive tension in the market, which pushes prices even higher.”

However, AMP Capital senior economist Diana Mousina said weakness in the broader economy – together with tighter lending standards and a deep pipeline of units – would somewhat slow down the house price recovery.

“I don’t think we’ll get back to a double-digit growth rate in the next year,” she told The New Daily.

“There’s still a lot of downside risk in the economy and unemployment is rising.”

Ms Mousina is tipping prices to grow between 5 and 10 per cent over the next 12 months.

But if prices go beyond that, she said regulators would need to re-introduce speed bumps to credit growth.

“I don’t think it was necessary to bring down the 7 per cent serviceability measure, or [remove the cap on] interest-only loans,” Ms Mousina said.

“With the Liberal government staying in place, and with the RBA cutting rates, it probably wasn’t necessary to [remove those restrictions] at that time, because the market was already going to get enough stimulus.”

“Treasury estimates that a 10 per cent increase in house prices could result in a corresponding lift to GDP of about half a per cent. This matters because household consumption represents about 60 per cent of GDP,” Mr Frydenberg said.

“Given the key relationship between the health of the housing market and the wider economy, it is important that we continue to support the recovery that is under way.”

Property prices in Sydney and Melbourne continue to soar